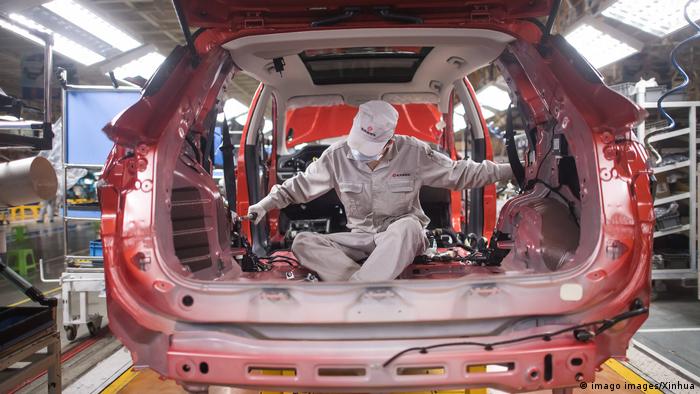 April 4 will be China's Qingming festival, which is known as "Tomb-Sweeping Day" in English. On this day, many Chinese pay their respects to their ancestors by bringing flowers to their tombs, which they also sweep, and burning fake paper money as an offering so that the deceased can enjoy a comfortable afterlife.

But this year, the festival will be overshadowed by the coronavirus epidemic, as lockdowns and bans on large gatherings continue to be in place.

However, the situation has eased in China. The number of new COVID-19 infections continues to decrease. In the central province of Hubei where the first cases were confirmed at the end of December, the lockdown measures have been gradually lifted. Leading politicians have appeared in public without wearing protective masks, whether at a talk with investors, at a party meeting or at a photo shoot at a snack bar. The message was clear: We are back in business; it's high time for growth again!

But whether growth will really take place remains to be seen. At the beginning of the week, China's biggest investment bank, the China International Capital Corporation, downgraded its 2020 growth forecast from 6.1% to 2.6%.

Experts and politicians in China agree that 6% growth is the bottom limit to secure jobs and social harmony. So on Wednesday, according to the Chinese Foreign Ministry, Chinese President Xi Jinping asked German Chancellor Angela Merkel for more economic cooperation during a phone call. He said that supply chains should be revived as soon as possible and "new potential for cooperation" should be identified between China and Germany.

Since China still has a planned economy, provinces are always very keen to fulfill the wishes of the Communist Party. And these are that normal economic routine should begin as soon as possible and that restrictions in everyday life should be lifted. 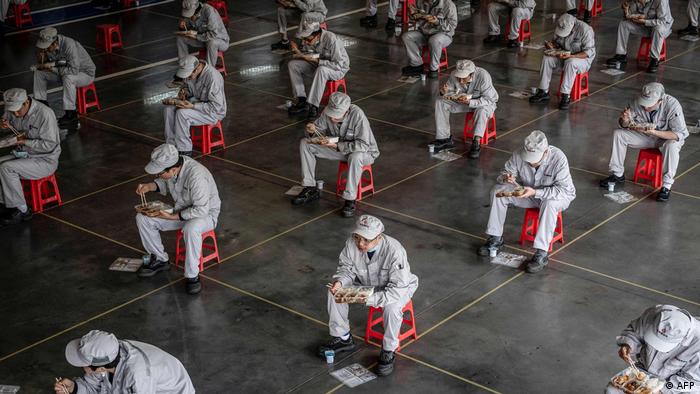 However, people continue to distrust their government. One user on the social platform WeChat said that the lifting of the lockdown wasn't necessarily a "good thing for normal citizens."

"The government doesn't want to put growth at risk and has to provide evidence of success," the user went on. The user argued that many people who were infected might not even know because they are asymptomatic or only have mild symptoms. If the quarantine measures were lifted, the user said, the highly contagious virus would continue to spread.

The journal Nature recently published the findings of modeling research conducted by a team led by Wu Tangchun of Huazhong University of Science and Technology in Wuhan, which suggested that by February 18, authorities did not know about some 60% of all the infections existing in Wuhan at the time.

Admittedly, Wu also told China News Weekly that the modeling was not perfect: "This was mathematics, not a field study." But he said the numbers used as a basis had been very conservative and that a new outbreak was very possible.

Read more: Coronavirus: Who cares about stocks when people are dying?

How normal is the situation in Wuhan?

So far, there have been 2,500 coronavirus deaths in the megalopolis where the epidemic started. But in the past week, only one new infection was reported in Wuhan. On Wednesday, 63 days after the lockdown, all 171 bus lines were back in operation. From Saturday, March 28, onward, six of seven subway lines will be running according to the normal timetable.

Train travel to Wuhan is soon to be up and running as well. So migrant workers who were with their families elsewhere when the lockdown was announced will be able to come back to their jobs. 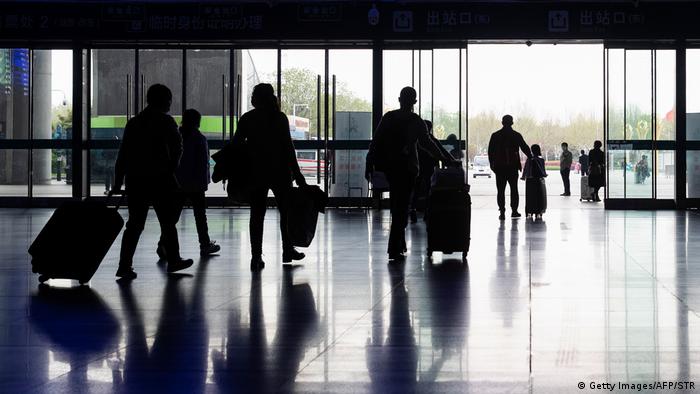 Despite these precautionary measures, many Chinese are skeptical. "Even the generation of retirees who were once so loyal to the party don't believe this nonsense," said one Wuhan blogger. "China is trying to prove to the West that it now has zero infections. But it is no more than a slogan."

The US-based Chinese blogger and biochemist Fang Zhouzi has also slammed the official data from Beijing. He said on Twitter that "nobody should believe the local authorities, who are lying about the statistics for the sake of the economy." He said that only when the postponed National People's Congress and the Chinese People's Political Consultative Conference took place again would he believe that the epidemic had really come to an end. For, he said, "the life of the people is not as valuable as that of those who represent the people."

The two meetings were supposed to have taken place in March as always, but were postponed indefinitely because of the epidemic.

Read more: 'Mass quarantine is not sustainable over a long period of time'

But many Chinese citizens do trust the government's senior medical adviser, Zhong Nanshan, who was instrumental in combating SARS in 2003 and has been leading the charge against SARS-CoV-19.

He warned European virologists in a video conference on Wednesday that there could be a second wave of infections. "The current isolation and quarantine measures should be extended. It is important to be particularly cautious about people returning from high-risk areas," he said.

China is currently also warning its citizens against making trips to Germany. On March 26, Beijing announced that entry would be banned to all foreign citizens, including those with valid visas or residence permits.

Can life go on as before after quarantines are lifted?