The City of London will lose its status as a global financial services hub if Brexit goes ahead without certain guarantees for the services sector. It could take time, but it will happen, French regulatory experts warn. 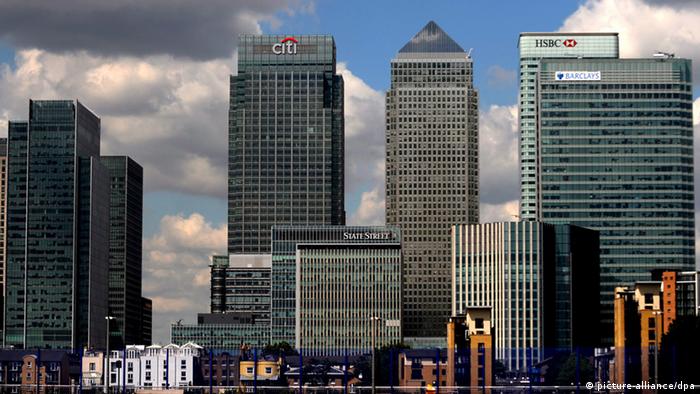 As only the French can, Edouard-Francois de Lencquesaing, president of the European Institute of Financial Regulation (EIFR), knows how to get up English noses.

Waving off the impact of Brexit for the EU's only global trading center, the City of London, he told an audience at the Krynica Economic Forum in Poland, "The rise of London as a global financial center was a mere accident of history." Anglo noses of all political colors were put out of joint.

London dominates markets like global foreign exchange and commercial insurance and is home to international bond trading and fund management. About a third of the transactions involve clients in the EU. The financial services sector accounts for about 12 percent of Britain's GDP and employs 1.1 million people

The Anglo versus the French model?

But it was not an angry little Englander who stood up to question the suave Frenchman, but a Pole living in Austria. Does Europe want to remain competitive, he asked. Why allow the City of London, one of Europe's genuinely thriving sectors, to be split up?

The French financial sector regulatory expert turned his head slowly and quizzically to examine the questioner.

Leon Podkaminer, senior expert at the Vienna Institute of International Research on the Economy (wiiw), continued. "This goes beyond technicalities," he said.

"It's not a coincidence that we have two distinguished Frenchman here today on the panel. Paris will be the beneficiary. But Paris will have big problems dealing with the Anglo-Saxon traders. London regulators know all the tricks, and the French don't. US and UK business culture is permissive and spontaneous, while continental Europe tends to be wooden headed, so to speak. I think we shouldn't have illusions about what we can achieve without the UK." Founded in 1992, the Krynica Economic Forum is an annual meeting of economic and political elites organized by the Foundation Institute for Eastern Studies in Warsaw. It has evolved from a small conference to one of the biggest meetings of leaders from Central and Eastern Europe. Sometimes it's referred to as the 'Eastern Davos'

The Oliver Wyman consultancy says if the UK strikes a deal giving full market access, the impact on the City would be equivalent of 3,000-4,000 jobs. If the UK has no special status with the EU, meanwhile, the industry would lose 18 billion a year in revenue which would put 31,000 to 35,000 jobs at risk.

The so-called nuclear scenario is that the European Central Bank forces the relocation of clearing of euro-denominated trading from London to the eurozone, with the potential loss of 230,000 jobs in the City.

Meanwhile, on the other end of Krynica, David Lidington, UK minister for the Cabinet Office, making him Prime Minister Theresa May's de facto second-in-command, was putting on a brave Brexit face.

"Well, of course there will be some costs," he said.

"But the Chequers deal proposes the UK in effect staying in the single market for goods, but having a looser relationship over services and it is the best deal we have. There is no counterproposal," he said.

The EU's chief Brexit negotiator, Michel Barnier, would beg to differ and has said there will be no separating goods and services.

"It is time for the heads of government to start dealing with the proposals as they are," Lidington said. "If this is cherry-picking, it is a very odd form of cherry-picking."

But some semblance of compromise and continuity did eventually emerge.

"This notion of a culture clash between France and the UK is nonsense," Benoit De Juvigny, secretary general of the French Financial Supervision Council (AMF), told DW.

"There are certain types of division, for example, the UK has a far larger financial sector than France, and France and Germany have a huge retail base. That means a different way of accessing financial products, in the UK via brokers in a market, and in France via banks."

The key problem will be what to do with existing contracts in insurance, for example, he added.

"But we should remember that the UK will stay very closely tied to EU regulations whatever happens with Brexit."

"We also have in President Emmanuel Macron someone who wants to shake up the French financial sector, and although it will be very delicate, I don't see Brexit being a total disaster."