Will 2018 be the year of the woman in US politics?

More women are running for Congress in this November's midterm elections than ever before. Only one in five lawmakers is a woman. The record number of female candidate, however, says little about their chances. 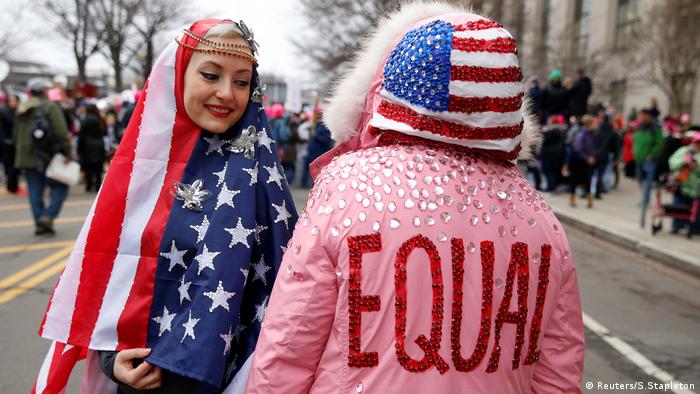 With less than two months to go until the US midterm elections, women have dominated the headlines by making historic bids for office left and right. Well, mostly left.

Democratic women are running in record numbers this year in response to the Trump administration's policies and the #MeToo movement, but it's not clear 2018 will deliver the bump that advocates of equal representation are hoping for.

Read more: The news media has a women problem

According to Rutgers University's Center for American Women and Politics, 476 women are running for the House of Representatives, smashing the previous record of 298 in the 2012 elections. At first glance, the surge appears like it could help level the playing field in a country where only one in five lawmakers is a woman.

"Women are usually more politically engaged when they have political role models or leaders they can look up to," says Amanda Clayton, assistant professor of political science at Vanderbilt University. "What we're seeing now is the opposite: Women are responding to male overrepresentation."

Yet despite the jump in female candidates this election cycle, a closer look at the races they're facing suggests 2018 may not be women's political heyday after all.

A moment of reckoning

Among new Democratic candidates, the impetus is clear — a president accused of sexual assault who bragged about grabbing women's genitals, coupled with the #MeToo movement that has helped unveil sex-abuse scandals have given rise to a new wave of women getting involved in politics. November will be the first test of whether their efforts will pay off.

At the very least, Congress is likely to hear some voices that have never been heard before after this year's elections. Texas looks set to send its first two Latinas, New Mexico the first Native American woman, and Michigan the first Muslim woman to the House of Representatives. Their success points to a moment of reckoning in the United States as minority groups seek to reassert the vision of America as a melting pot in an era when the president has emboldened white nationalists. 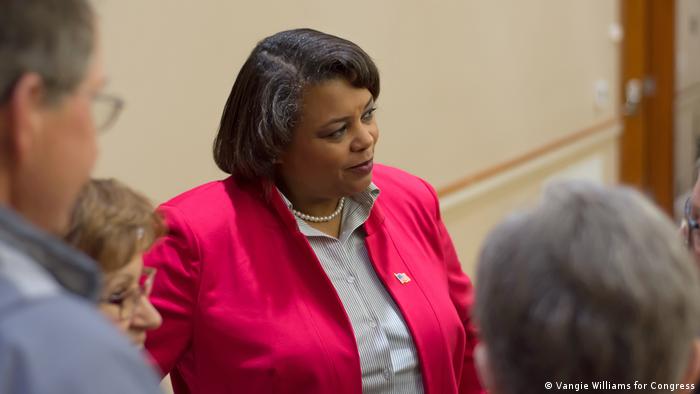 Yet the enthusiasm for women seeking office is palpable even for those who aren't running on a specifically anti-Trump platform. Vangie Williams is a first-time candidate and mother of six who works as a strategic planner for a federal contractor. After taking a weekend crash course on how to run a campaign sponsored by Emerge America, an organization aimed at training Democratic women to run for Congress, she successfully won her primary bid in the state of Virginia's 1st Congressional District.

"People are really excited about the campaign not only because I'm an educated woman with career skills, but also because I am the first black woman or woman of color to run in this district ever," Williams says. "[The campaign] is exciting people who have never voted before."

In a race against a sitting congressman in a strongly Republican district, her chances of victory don't look great. Yet she believes the historic nature of her campaign makes it worthwhile nonetheless.

Is disappointment in store?

Like Williams, many of the women seeking office are facing uphill battles against incumbent candidates in districts that voted for Trump.

The raw numbers also don't paint a complete picture of the phenomenon; Democratic men are also running in droves and still far outnumber female candidates. There has been a big overall increase in candidacies among both groups, and the share between men and women is not so different from previous years.

"If you self-identify as a Democrat or a Republican, you're unlikely to be swayed by gender," Clayton says.

In other words, women usually aren't going to vote for a female candidate of a different political stripe just because she's a woman. 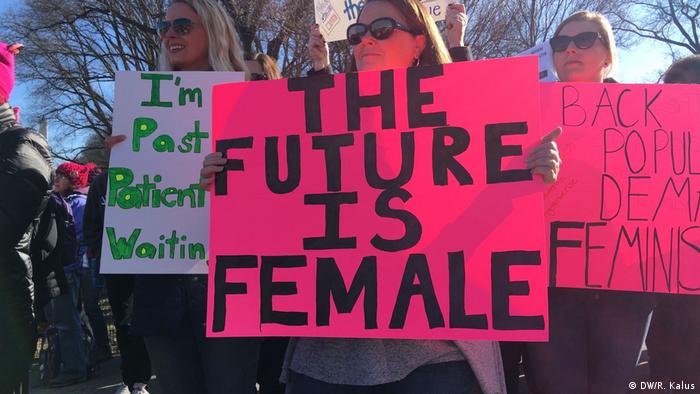 If the pink wave doesn't live up to the fanfare, some fear the letdown could discourage a newly energized movement of women. But Anne Moses, the founder and president of IGNITE, an organization that trains younger women to become political leaders, warns of focusing too much on national races.

"We still only pay attention to Congress, and it's not doing that much these days," Moses says, referring to the increasingly partisan gridlock over lawmaking in Washington. "The real action is at the state and local level, and it's where the bulk of the seats are."

She says even though many Democratic women feel dismayed, the push for political parity will be in the hands of the next generation.

"The group that's been the most fired up is younger. They're feeling this is a moment of extraordinary hope and opportunity," Moses says.

Even if November fails to deliver 2018 as the year of the woman, modest gains could help lay the groundwork for their future efforts.

Texas set to send first Latinas to US Congress

Democrats hope to mobilize Texas's growing Latino population to vote in November's midterm elections. The state is poised to send two Hispanic women to the national legislature for the first time ever. (14.08.2018)

On the back of the Mesut Özil affair, young Germans with immigrant backgrounds are making their voice heard online. #MeTwo is hoping to be for immigrants and their descendants what #MeToo has been for women. (26.07.2018)