The German Theater and Orchestra Association has released a code of conduct that aims to prevent sexual harassment and abuses of power. DW got in touch with the association's president, Ulrich Khuonm, to discuss it. 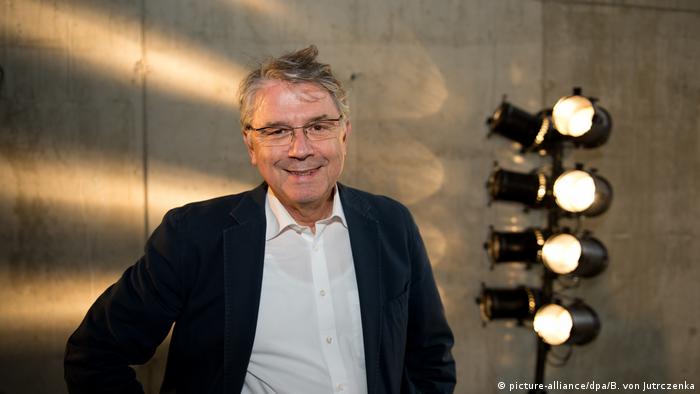 DW: Mr. Khuon, you are the president of the German Theater and Orchestra Association that has produced a code of conduct on how to deal with the issue of sexual harassment and the abuse of power in theater productions. Was it a necessary document due to the current context?

Ulrich Khuon: It was necessary for two reasons. For the past five or six years, we have been debating in various panels on how we view leadership. Following these panels, some theaters have developed their own guiding principles; they have organized professional training, particularly targeting the managerial levels. Leadership is something that needs to be learned — it's not something that you can do automatically.

And that's when the #MeToo debate started?

Yes. With the exception of a few selected people, the debate takes place on invisible ground. That's why it's important to formulate behavioral standards very clearly. Even things that are possibly seen as a given — respect, discussing conflicts and acting in a transparent way — need to be publicly formulated. When it comes to sexist jokes, certain gestures or phrases, you can't simply say: "Well, that's how it is in the art world; you just have to live with it."

More than 100 actresses in Sweden signed a text in November that describes their experiences with sexual harassment in Swedish theaters and in film companies. How many cases in German theaters have you heard of?

The numbers have not been passed on to our association. For my own theater, I can say that I had to deal with three or four cases over the last nine years. We need to address these problems, and that doesn't mean automatically terminating a contract.

When someone runs around in a sexist T-shirt, it's a good idea to say: "I don't find that funny," but it wouldn't be a good idea to immediately send that person a written warning. It's a permanent process because the way we deal with sexuality is a social question that undergoes permanent change.

The code of conduct is intended as a means to help prevent "assaults in the form of gestures and language, as well as physical assaults."  Does it offer suggestions, or compulsory measures?

If you take it literally, it establishes an obligation to act. It's important that the code is not too general. The association is not a control panel. We have passed on a concrete catalog to all theaters of association, but they must put it into practice in their own ways. They are to discuss about how they want to put the code into practice. 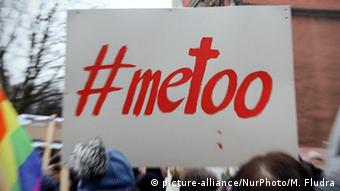 A reaction to #MeToo: With its code of ethics, the association wants to raise its own standards

Theater is all about testing and overcoming limits. It's physical work, challenging, and at times, the language is vulgar. Where should the line between theater and assault be drawn?

Through voluntariness. If Werner Herzog and Klaus Kinski go into a jungle together, they do that on a voluntary basis, even if the trip turns out to be hell. I remember only historical examples like Apocalypse Now and Marlon Brando in Last Tango in Paris.

In general, art is about crossing borders. If we remove the abyss from the pieces, they lose a dimension. For example Othello is about jealousy, murder and manslaughter meaning that the actors need to intensively touch each other — things that wouldn't be permissible outside of auditions.

Are auditions a space without taboos?

No, these rules are also relevant for auditions. When someone says: "No, I don't want that," no damage may result from that for him or her, not even if they leave the production. But there are also artists who seek such special experiences. After all, it's no secret that (German theater director) Frank Castorf says of himself that he's anti-social. Obviously, there is a high degree of voluntariness there.

Read more: Curtain comes down on Frank Castorf's era at the Volksbühne

Even those who seek artistic challenges and see provocations as a part of the process may hit their limits. Isn't there individual and collective pressure in an ensemble to endure all that? Whoever drops out of a Castorf piece ends up stigmatized...

In general, people know about the theaters they opt for, and they have to decide for themselves if that's something they want. What makes our society both strenuous and exciting is the fact that we are permanently dealing with contradictions. We need to make greater attempts to see differences not as a problem, but as an enrichment. We don't want to create a homogeneous cultural sphere in which everybody thinks in the same way. 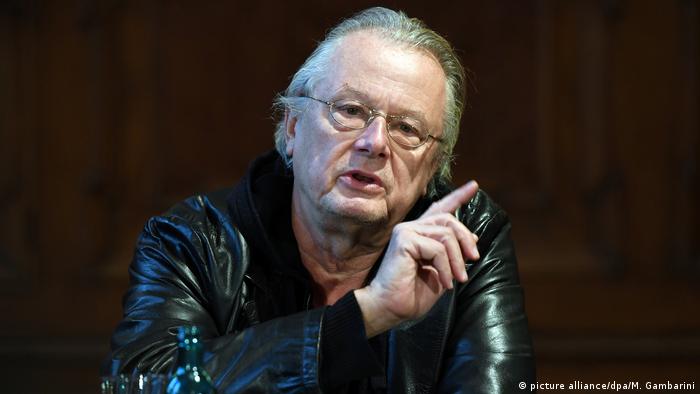 Matthias Brenner, director of the Neues Theater in Halle, has welcomed the discussion while warning of restrictions. He said he didn't want to sign an official declaration every time a woman wearing a mini skirt would enter the stage. Are you concerned about how the code could be perceived as obstructing freedom of art?

We have decided on the code with a large majority. The meeting was attended by more than 300 members of the association, and only few abstained from the vote. In my view, fears like "I may no longer say anything" are exaggerated. In our theater, people love to hug each other when they meet. In general, we all know what the others want, and that's what it's all about. We basically need to become more sensitive. When somebody claims that now, we may no longer do anything, it's an exaggeration. Improving mutual respect will not lead us to Puritania or a censored environment.

Ulrich Khuon, 67, is the president of the German Theater and Orchestra Association, as well as director of the Deutsches Theater in Berlin.

10 myths about culture in Germany

Does Germany have a world-class cultural scene? We look at 10 popular myths about culture in Germany and see how they stand up to the facts. It's not an easy task in a place where culture is considered holy. (14.09.2017)

Only a few months after launching his first production at the Berlin Volksbühne, the controversial theater director and former Tate Modern head has decided to give up his new role in the capital. (13.04.2018)

Although most activists peacefully left the theater on Thursday, roughly 20 protesters remained and were escorted out of the building by the police. Now it's back to business as usual at the Volksbühne. (29.09.2017)

The design for Francis Kéré's temporary mobile stage at "Hangar 5" of Berlin's disused Tempelhof Airport has been unveiled. It's part of Volksbühne's plan, under director Chris Dercon, to spread theater across Berlin. (05.09.2017)

The renovation cost 30 million euros - but the Margravial Opera House in Bayreuth now shines brighter than ever. The original baroque theater has opened its doors again on Thursday, 12 April. (13.04.2018)

The "puppet chest" company located in the Bavarian city of Augsburg has been a part of many Germans' childhood memories. After decades on German TV, it still enchants with theater, museum exhibits and feature films. (26.02.2018)

An initial investigation has been opened against German director Dieter Wedel, after several sexual assault allegations. Reports suggest the TV and theater legend has been hospitalized following a heart attack. (22.01.2018)

Summer is the time for festivals in Germany, with a wealth of theater and music performances across the country. There are more than 500 festivals in all - many of them open air shows in spectacular settings. (17.07.2015)

Employees at the Maxim Gorki Theater in Berlin accuse artistic director Shermin Langhoff of bullying and abuse of power — and took the case to court.

It's a sensation: Chloe Zhao and Emerald Fennell are nominated in the best director category. But for the most part, the Oscars are still a male affair.