Before any movie hits German theaters, FSK examiners decide how old a minor must be in order to watch it. It's all in the name of youth protection. But what does this mean? And is Germany conservative in its ratings?

The five men and women take their seats as the lights dim and the film flickers to life on the screen before them. From start to finish, they scrutinize every aspect and consider what moments could be potentially problematic for young viewers. The lights come up, the five individuals debate, and then they cast their votes.

Though behind-the-scenes, these individuals provide a highly-visible service seen on every movie released in Germany, whether in cinemas, on TV or online: they are some of the roughly 280 examiners of the "Freiwillige Selbstkontrolle der Filmwirtschaft" (FSK), Germany's motion picture rating organization that decides what video material is appropriate for minors of what age.

"We conduct examinations five days a week in multiple committees," FSK spokesman Stefan Linz told DW. The amount of footage reviewed per year is significant. According to FSK statistics, in 2016, the body watched 619,484 minutes of film footage — equal to 1.2 years of non-stop film watching.

The FSK is run by Germany's head movie industry organization (SPIO) in Wiesbaden, but it is an autonomous body, and the volunteer examiners have no connection to the film industry. Their professions vary, but they must have experience with children, youth and their development. 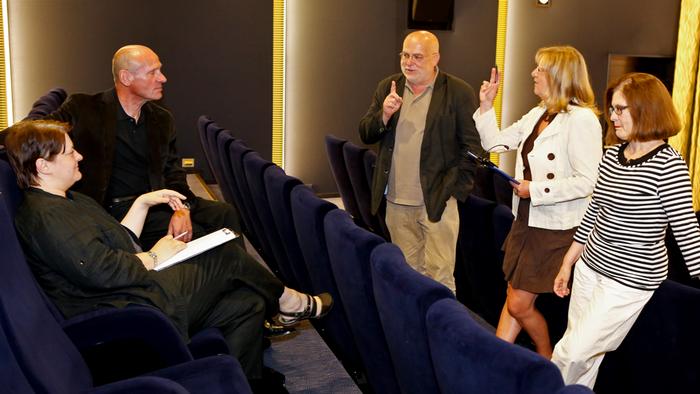 The basis for the examiners' work is Germany's Youth Protection Law (Jugendschutzgesetz), which lays out the different age-viewing categories:  no age restriction (white); ages six and up (yellow); ages 12 and up or six and up if accompanied by parent (green); ages 16 and up (blue); and not suitable for those under 18 (red). 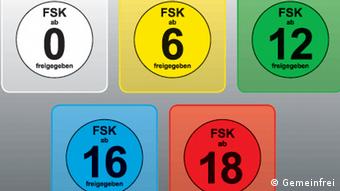 The law also lays out the benchmark for judgement: A film may not be released to children or youths of a certain age if it could be damaging to their development as a self-responsible and socially competent individual.

"Naturally that is totally abstract," Linz said of what constitutes such potentially problematic content. "Nevertheless, one can say that for us, as probably for all other youth protection organizations worldwide, the depiction or discussion of violence, sexuality, consumption of drugs, alcohol and nicotine, and antisocial behavior like bullying are particularly relevant, as are bad role models."

The roots of the FSK go back to the post-WWII era, when allied forces were working to flush out remnants of Nazism from all aspects of society and rebuild western Germany as a democratic nation with freedom of expression.

In 1948, German film industry figures who had returned from exile and occupying American military authorities established a voluntary film self-inspection system modeled after that in the US at the time. Representatives from culture ministries and the church also wanted movies' effects on minors taken into account.

The initiatives merged to form the FSK, which released its first film rating on July 18, 1949: "Intimitäten," made by Paul Martin in 1944, was suitable for ages 16 years and up and not appropriate for somber religious holidays.

The communist East German government controlled film releases until reunification, after which the news states joined the FSK.

Despite the American influence on the FSK's origins, comparing present-day ratings by the Motion Picture Association of America's (MPAA) rating body CARA and the German FSK reveal how they draw different conclusions.

For instance, the 2016 German film "Toni Erdmann," a worldwide hit that garnered an Academy Award nomination, earned a "Restricted" rating in the US, meaning no one under 17 was allowed without an accompanying adult. The reason: "strong sexual content, graphic nudity, language and brief drug use."

In Germany, the FSK determined the film was suitable for ages 12 and up, highlighting a "slightly bizarre, emotionless sex scene without sexual intercourse" in their rationale. No mention of language, drugs or nudity — despite an extended party scene in the buff. 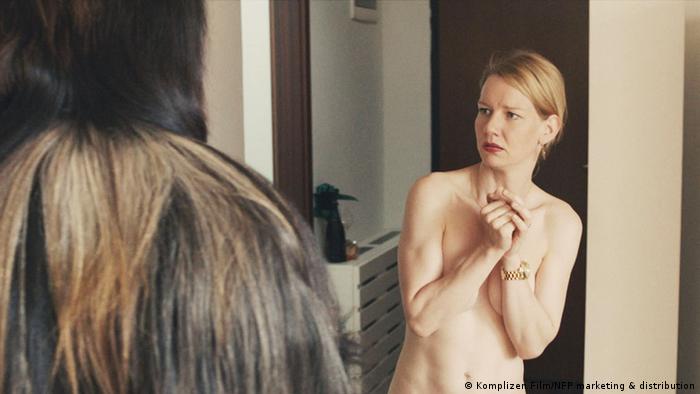 "Toni Erdmann" is restricted in the US, while it's considered suitable for teenagers in Germany

According to Linz, discrepancies in movie ratings are due in part to cultural differences. Attitudes towards nudity vary greatly between Germany, known for its nudist FKK scene, and the US, where nakedness is often still considered scandalous.

For the FSK, nudity in and of itself is no problem, Linz said, pointing to documentaries about FKK communities that have been released for audiences of all ages. What is relevant to the FSK is whether the nudity carries any sexual connotation or appears in a sexual context. 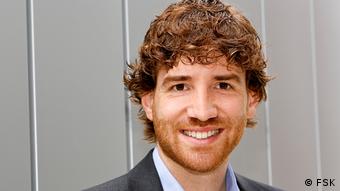 Stefan Linz, spokesperson for the FSK

A child's developmental stage and corresponding ability to infer conclusions from what appears on screen is interwoven into all the FSK's decisions. Linz explained that, "the more that is shown and the more detailed the depiction, the higher the age rating is due to consideration of the stage of sexual development minors are in at a specific age."

Attitudes towards "bad language" in Germany and the Anglo-Saxon world differ too, Linz believes. But this aspect also points to procedural differences between CARA and the FSK. For the American body, using a sexually-derived word as an expletive more than once automatically triggers a restricted rating, though the examiners can lower the release age by two-thirds majority vote.

In contrast, the FSK has no numerical criteria for language. Instead, it relies primarily on context, such as who says the word and whether it comes off in a way that makes it appear positive or negative. An expletive tossed around between friends, such as in hip-hop circles, "differs a lot from when a bad word is used in a discriminatory or directly insulting manner," Linz said.

The goal of both the MPAA and the FSK are the same, Linz said: to provide an orientation point for parents and minors as to age-appropriate films. But whereas CARA's examiners, all of whom must be parents, assign a rating based on the typical American parental perspective, the FSK's examiners focuses on whether content could be troubling for minors of certain ages —  or as Linz put it, "How would minors react?"

The FSK's decisions do not go uncriticized. "For some, we are too strict, for others, too liberal when it comes to individual decisions," Linz said. Particularly contested is what constitutes age-appropriate material for kids between ages six and 12. In 2002, the release of "Harry Potter and the Chamber of Secrets" spurred a rule change: Kids younger than 12 could attend a 12-and-up film if accompanied by a parent.

Linz added that, "youth protection is closely tied to societal values and ideas of norms." These evolve within societies over time, and the FSK's rating tendencies reflect this evolution within German society. Whereas some films dealing with sexuality have seen their ratings relaxed when resubmitted to the FSK 15 years or more after release, films depicting violence have generally kept their original rating over decades, Linz explained.

And despite the easy access provided by digital streaming services, Linz believes the FSK continues to be an effective way to inform consumers, parents and children alike, about age-appropriate content.

The FSK is the board in charge of giving age-ratings to films. Here's a look at some challenging examples and how the organization categorized them. (07.12.2017)