Former film studio boss Harvey Weinstein is now fighting rape and sexual assault charges against a total of three women. If convicted of the more serious charges, he could spend the rest of his life in prison. 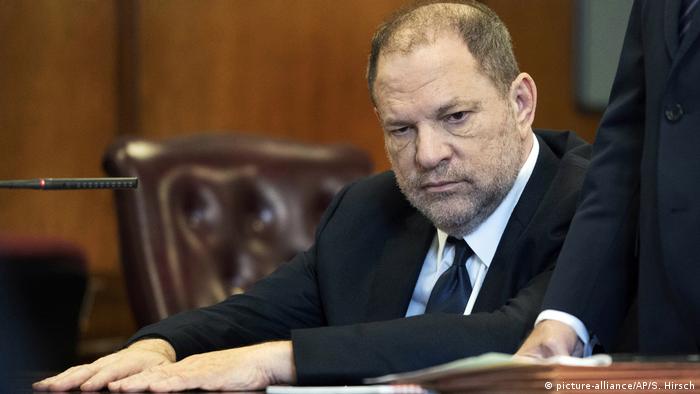 Film producer Harvey Weinstein has been charged with a sex crime against a third woman, as New York prosecutors continue building cases against the former Hollywood studio boss.

This is the latest charge following a series of accusations of sexual misconduct and abuse from dozens of women since last October, events which set off the global #MeToo movement.

"A Manhattan grand jury has now indicted Harvey Weinstein on some of the most serious sexual offenses that exist under New York's penal law," Vance said in a statement. "Our investigation continues. If you are a survivor of the predatory abuse with which Mr. Weinstein is charged, there is still time to pursue justice."

Vance said Weinstein had been charged with two counts of predatory sexual assault and another count of criminal sexual act. The former carries a maximum sentence of life in prison.

Weinstein is scheduled for arraignment on the new charges on July 9. A lawyer for Weinstein said the 66-year-old will plead not guilty.

"Mr. Weinstein maintains that all of these allegations are false and he expects to be fully vindicated," lawyer Ben Brafman said.

Earlier this year, a grand jury indicted Weinstein on charges involving two women. One of the alleged victims in the criminal case, who has not been publicly identified, told investigators that Weinstein cornered her in a hotel room and raped her in 2013.

The other accuser, former actress Lucia Evans, has gone public with her account of Weinstein forcing her to perform oral sex at his office in 2004.

At least 75 women have accused Weinstein of assault going back decades, including actors Rose McGowan, Annabella Sciorra and Natassia Malthe.

#MeToo in Pakistan: 'We've had enough'

Disgraced Hollywood movie mogul Harvey Weinstein has pleaded not guilty to charges of rape and sexual assault, opening a symbolic legal battle with a #MeToo movement that is demanding justice. (05.06.2018)