Miang tea trees, the forerunner of plantation tea, grow wild in Thailand's forests. Now, eco-friendly businesses are using the tree's leaves to strive for the perfect cup of tea and foster biodiversity at the same time. 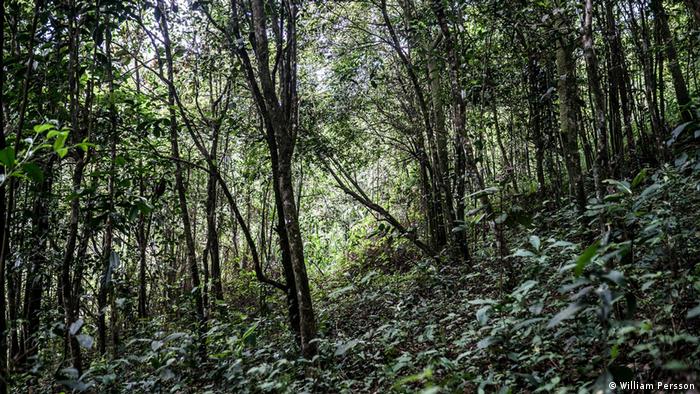 Rimdahl was visiting Thailand looking for teapots when he discovered a secret hidden in the Thai forest: ancient miang trees. There was a time when locals used them to make both medicine and a snack food called miang kham, which was made with pickled tea leaves. Some older people still do.

What they might not know is that miang is actually a member of the genus Camellia — which Rimdahl describes as the "grandfather" of the most common tea variety in the world. Intrigued by this ancestor of modern tea, he founded Monsoon Tea Company in 2013 and started paying forest dwellers to pick the wild leaves, which he now sells under his own "forest friendly" brand.

Today he offers tasting sessions at his teahouse in Chiang Mai in northern Thailand and talks visitors through the journey miang leaves take from the wild forest to fermentation, to create the subtle flavors his global clientele enjoy so much.

He stresses that his tea collectors only harvest a small share of wild miang leaves, ensuring that the plants will continue to thrive. 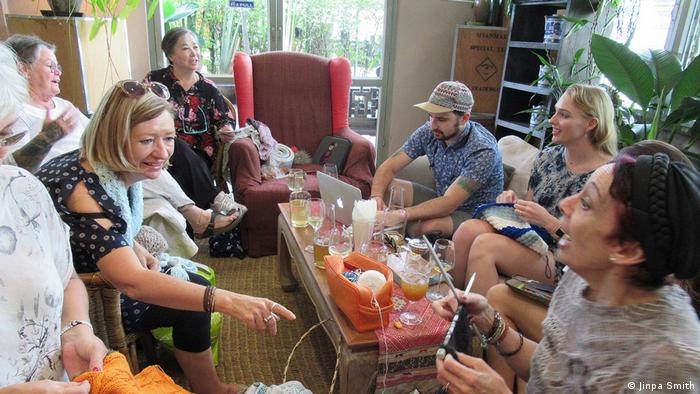 A local knitting group meets a Monsoon Tea House in Chiang Mai. The owner started his business around the "grandfather" of modern tea: the miang tree tea

However, Rimdahl also wants to use the creation of economic opportunities to protect the forest in a country that is still recovering from the impacts of mass deforestation for agricultural purposes between 1976 and 1989.

"You have to find a value to the forest when it is standing, not only when it is cut down," he told DW. "We want the forest to win. We also want the farmers to make money."

Keeping the wild trees in the forest standing is a first step but Rimdahl also encourages farmers to plant miang tea trees among traditional tea crops in their fields and refuses to buy from farmers who use pesticides. His hope is that by planting the trees and letting nature take its course, the fields will gradually revert to forests and other species will return to populate them.

Rimdahl's business model, and in particular his push to encourage the planting of new trees in existing plantations, has also attracted the interest of scientists.

Alexey Reshchikov is a senior associate researcher at the College of Ecology and Evolution at Sun Yat-sen University in China. He is exploring the effect of large-scale tea plantations on biodiversity and is particularly concerned about the effects of pesticides on forests. 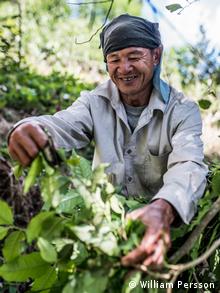 To protect the forest and make a living at the same time, Monsoon Tea pays locals to collect leaves from wild miang trees in the forest. They make for excellent tea and keep people from cutting down the trees

During his research in northern Thailand, he came across Monsoon Tea and is now investigating if the newly planted miang trees could act as a buffer between the plantations and the forest.

Reshchikov sees the Monsoon Tea model as "a pathway to convert green deserts of plantations into secondary forests that will increase species richness locally."

Read more: Senegalese farmers get back to basics

If Rimdahl's vision comes to fruition, that may very well be the case since the idea is not only to plant miang trees among the conventional tea plants but to largely leave them alone and let nature take its course, which should eventually bring back other plants and animal life naturally.

Reshchikov hopes this model of reforestation could be replicated elsewhere.

"I would not vote for invasive planting of camellia in other regions around the world in natural habitats, but converting existing plantations into secondary forest is a brilliant idea in my opinion. And this could be other crops in other regions."

For many farmers, plantation farming and the use of pesticides is all they know, so switching to more environmentally friendly practices doesn't come easily. 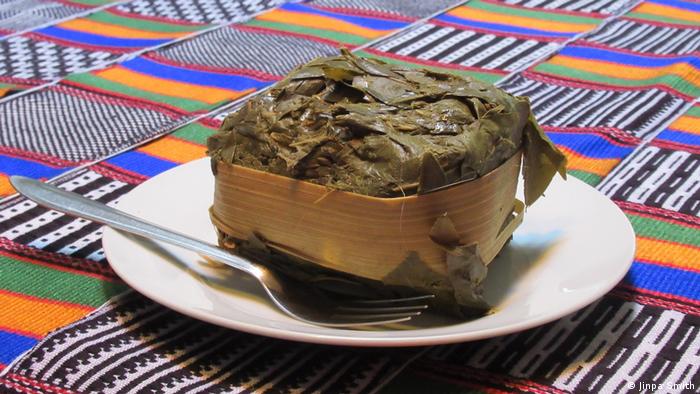 Wild miang tea is not only used to brew tea. Fermented tea leaves are an ingredient in local snacks as well

A new generation of tea farmers

Mon Chaya doesn't have a background in tea. She studied business and marketing in Bangkok and came to Wawee Mountain in Chiang Rai Province in the far north of Thailand to boost her career prospects by learning Chinese. The area is dominated by Chinese tea farming families.

Not only did she pick up some language skills, she also fell in love with "a country boy" called Wasan, and married into a Chinese tea farming family.

Chaya says Chinese children are expected to follow in the footsteps of their parents without question, which for her husband would have meant to continue growing conventional tea. But she wanted to work with Rimdahl and do things a little differently.

"We know that if we grow trees for the future it is better for our business," Chaya told DW. "City people see it but mountain people don't, they just burn the mountains to grow corn. But this way it is good for business, good for the earth, good for nature and good for us."

Wasan's family was reluctant to pick wild tea or plant new trees on their land. But the young couple persuaded them to take samples of wild forest tea from 1,000-year-old trees to a Chinese tea master, who judged it to be better than plantation tea. It did the trick, and the couple has since planted a thousand new trees on the family plantation. The forest is beginning to grow back.