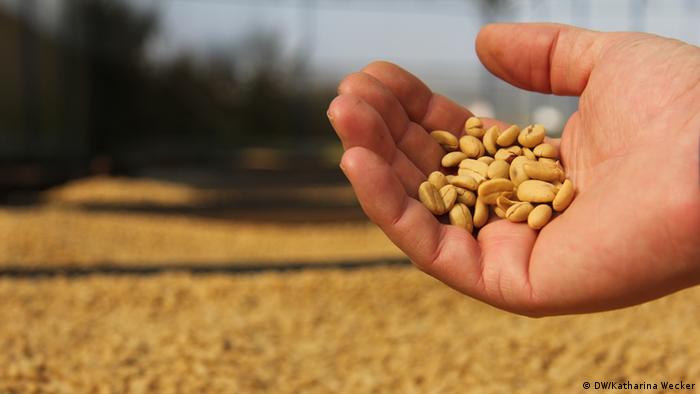 Rolan Co Lieng walks slowly through a greenhouse checking the yellow and caramel-brown coffee beans that have been drying on net beds for months. She picks up a few and smells them. Soon, they will be ready to be milled, roasted and sold in Vietnam, Japan and Germany.

Lieng comes from a tradition of small-scale coffee farmers among the indigenous K'Ho community. They've been living at the foot of the Lang Biang mountain in Dalat for centuries. Her parents grew coffee plants, as did her grandparents, who received Arabica coffee seeds from French travelers in the early 1920s.

Lieng fell in love with coffee at a young age.

"When I grew up, every morning before going to church at 4am, my parents drank a Nescafé," Lieng told DW. "The aroma really attracted me, it was sweet and creamy. When they left the house, I always smelled the cups and tried to taste the coffee with my fingers." 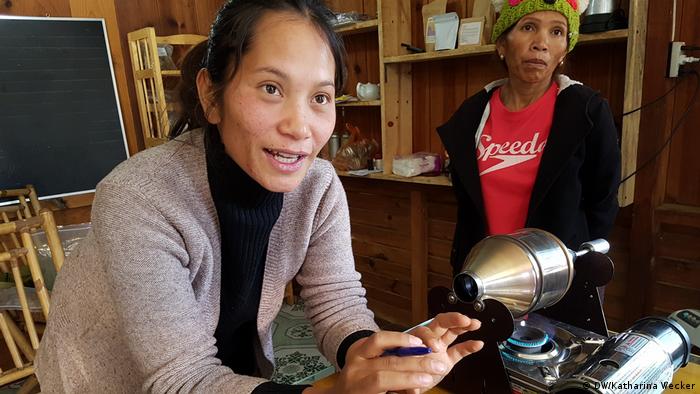 Today, she has turned her passion into a business. Together with other members of the K'Ho community, she founded a cooperative that aims to transform Vietnam's coffee reputation, while safeguarding the community's own traditions.

The oldest ethnic group in the South Central Highlands, the K'Ho are famous for their rich folklore and bamboo and buffalo horn instruments. Once nomadic, most of the 170,000 K'Ho are now settled and make a living cultivating rice and coffee, as well as selling handicrafts.

A tale of two beans

Vietnam is the second-biggest coffee producer in the world, after Brazil. Yet coffee enthusiasts often turn their noses up at the country's offerings — or don't even know about them.

That's because Robusta beans account for 95 percent of the country's coffee production. The beans are easier to grow than the Arabica variety but are considered inferior, as they have more caffeine and are more bitter to taste, said Denis Seudieu, chief economist at the International Coffee Organization, a United Nations' agency representing coffee importers and exporters.

"The market and consumers prefer the taste and flavor of Arabica beans. Therefore, Robusta is mostly turned into soluble coffee, that is, instant coffee," Seudieu told DW. "In terms of marketing, it's not a good image to say your coffee is Robusta, that's why there is not a lot of advertising around Vietnamese coffee." 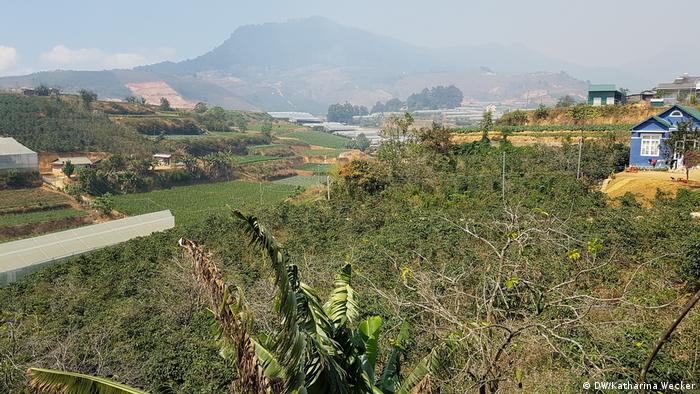 Until the 1990s, there was also little financial incentive for farmers to ditch easier-to-grow Robusta because Vietnam's government bought the entire coffee harvest for a fixed price. As the private market has opened up, that's changed.

The K'Ho had been growing a mix of Robusta and Arabica. But in an effort to wake the world up to Vietnamese coffee and bring in more revenue, they've switched to growing Arabica exclusively.

The Lang Biang plateau provides fertile ground for Arabica beans, which thrive in higher altitudes. Here, K'Ho farmers tend to 30 hectares (74 acres) of coffee plants where they grow everything organically, or as they say: naturally.

"We use our natural way to process and take care of our plants. We don't use any chemicals but our own compost which we make from waste food and we grow a lot of different plants between the coffee plants to provide shade and supply more oxygen," said Lieng. 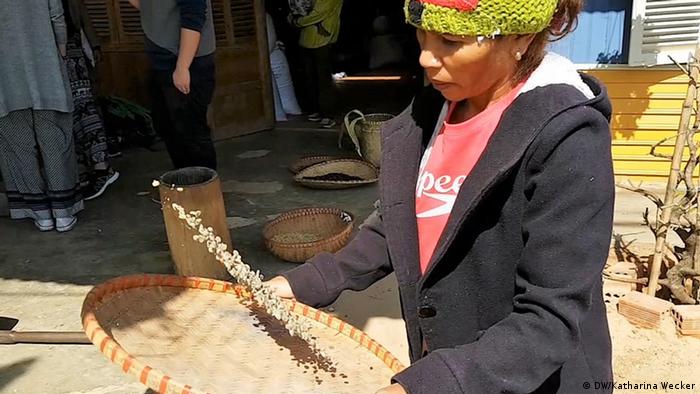 A community member winnows the coffee beans, using the wind to separate the broken skin from the pit

When it's harvest time, the entire village picks the ripe, red coffee "cherries" by hand. The cherries are pulped and fermented to remove the flesh before they dry under the sun for several weeks. Then, the K'Ho comb through them to remove broken pits.

Read more: The more coffee you drink, the longer you will live (if you're lucky, that is)

The harvest is hard work and each bean is valuable to the community. A K'Ho woman will pick up any bean that falls while they are winnowed — an old method used to separate the beans from their broken skin by throwing them in the air so the wind blows away the lighter skin.

The skin-free "green beans" are directly sold to buyers in Vietnam, Japan and Germany. But the K'Ho also roast coffee themselves. It's an unusual practice for Vietnamese coffee farmers, who usually sell their unprocessed beans to big coffee companies that turn them into instant coffee.

Founded in 2012, the cooperative today supports more than 60 families through sales of coffee, as well as traditional handicrafts and tourism. All profits are invested in the village. Men and women who, in the past, would have had to leave their village to find a job in the city can now stay in their community, according to Lieng.

From Dalat to Berlin

More than 9,000 kilometers (5,592 miles) away, a coffee roastery in the German capital Berlin is spreading the word about K'Ho coffee.

Almost three years ago, Ngoc-Duc Nguyen opened his roastery HAN Coffee Roasters in the city. He is Vietnamese and said it didn't feel right to sell Italian coffee when his home country is such a major producer. So, he decided to sell Vietnamese coffee. But it wasn't easy at first. 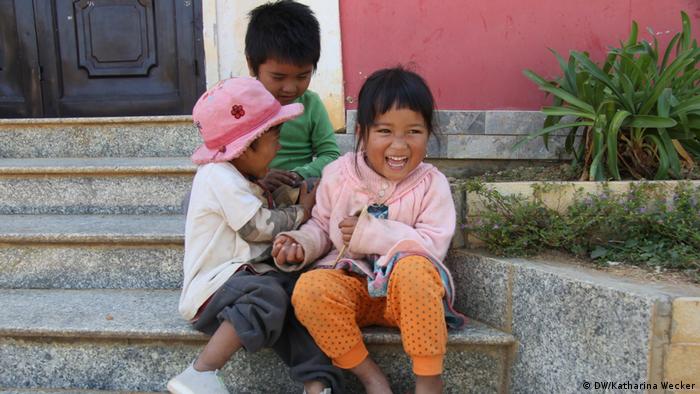 The indigenous K'Ho community were once nomadic but are now mainly settled. They work and live together. Their children grow up in a big community

"I couldn't find any good-quality Arabica beans in Vietnam and I was about to give up," Nguyen told DW. "Then, in a specialized café in Ho-Chi-Minh City, somebody told me about the K'Ho coffee from Dalat."

Read more: Could soils help save the climate?

He sampled it and says he was impressed by the quality of the produce and the community project.

"Another reason I like this coffee is that the K'Ho is a minority and part of our cultural heritage. Rolan [Co Lieng] manages to present a glimpse of minority life in Vietnam," said Nguyen.

He believes that more and more coffee farmers in Vietnam will shift to Arabica when they realize they can earn higher incomes with it.

The K'Ho community in the south Vietnamese mountains is already a step ahead.