Could soils help save the climate? | Environment | All topics from climate change to conservation | DW | 06.02.2018

Could soils help save the climate?

Soils are a double-edged climate sword. They are huge reservoirs of organic carbon and can act as a carbon sink. But they can also release CO2 into the atmosphere when used unsustainably. 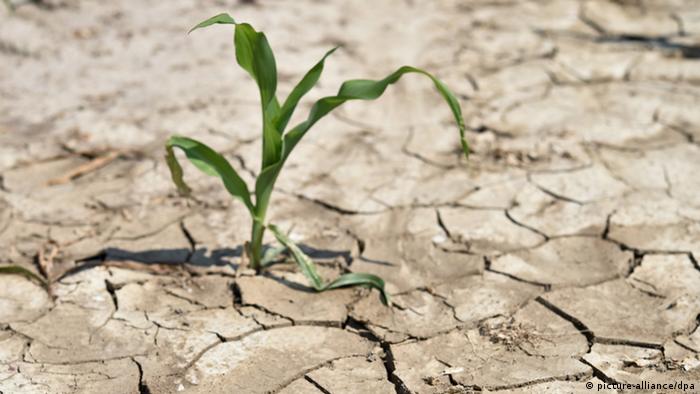 Forests are often called the lungs of the planet because of the way they "breathe" in carbon dioxide. The role they play in locking in carbon dioxide is so essential UN schemes promote forests conservation as a way to offset greenhouse gas emissions.

Soils, meanwhile — less beautiful, and oft forgotten beneath our feet — get less press. Yet they hold 70 percent of the planet’s land-based carbon — four times as much as all the world’s biomass and three times the amount of CO2 in the atmosphere.

Agriculture is responsible for around 13 of global greenhouse gas emissions. But if farms managed their soils more sustainably, they could lower that share considerably, scientists say.

And not only would they emit less greenhouse gases — as carbon reservoirs, agricultural soils could even mop up carbon already in the atmosphere. And that’s a win-win situation because once in the soil, carbon fertilizes plants, boosting agricultural yields.

Plants absorb carbon dioxide during photosynthesis. Some is released back into the atmosphere and some is stored in plant matter. When that biomass is broken down by microorganisms in the soil, it becomes an organic material called humus, which nourishes plants and other organisms, conserves water and balances the soil’s pH level.

"This carbon is like the fuel for any soil," Ronald Vargas, soils and land officer at the UN Food and Agriculture Organization (FAO), told DW.

Carbon can remain locked into the soil for millennia. But when human beings interfere with the soil to grow commercial crops, it is often released into the atmosphere as carbon dioxide.

"In many parts of the world, agricultural practices have led to significant loss of carbon," Rolf Sommer, expert on soils and landscapes for sustainability with the International Center for Tropical Agriculture, told DW.

Since the industrial revolution began, 50 to 70 percent of the carbon in soil has been released into the atmosphere, much of it from agricultural land in the tropics.

But it doesn’t have to be this way. Sommer and his team have shown that properly managing soils could almost double their capacity to store carbon, so they absorb between 9 to 18 percent of the carbon we currently emit by burning fossil fuels.

Improving the health of soils should be simple, Vargas said. First, we need to switch to organic fertilizers such as manure. We also need to stop encroaching on natural grasslands to expand farmland. Practices like mulching crop residues and plant off-cuts back into the soil can also boost its carbon content.

Georg Guggenberger, professor at the Institute of Soil Science in Hannover, believes catch crops — fast-growing crops grown in the space or time between main crops — are one of the best ways to increase the amount of carbon in soils, at least in Europe.

"Catch crops are taking up CO2 from the atmosphere and when they die, they add more carbon to the soil," Guggenberger told DW.

With all these benefits, sustainable farming might seem a no-brainer. But switching to sustainable practices comes at a price and farmers, particularly in the tropics, can’t always afford to switch better soil management. 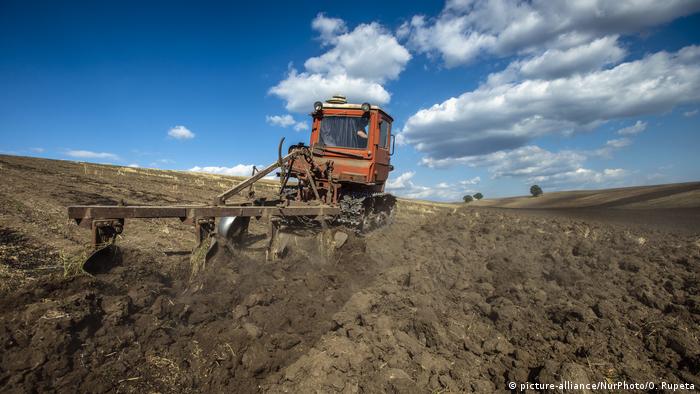 For example, many farmers already use their organic waste to feed livestock, rather than leaving it on the soils, Sommer explains. And any change in how a farm is run demands initial investment.

"Most of the farmers in the tropics have no cash for the planting time, after the dry season," Sommer said. "They would love to invest in manure fertilizer, for instance, but they can’t. And if they have a bad year, they don’t get back the money they invested."

Sommer says microloans and crop insurance can offset the financial risk of investing in greener ways to farm.

Subsidizing catch crops — as the European Union does — can also help improve soil quality. "If you go to Eastern Europe at this time of the year, you won’t see as much bare soil as 10 years ago," Guggenberger said.

Perhaps the most fundamental problem though, is lack of awareness that there are better ways to use the land.

"In many countries, farmers are left alone and don’t receive new practices or technologies that could help them implement such good practices," Vargas said.

"Other countries keep clearing the land and are not leaving vegetation or crop residues on the surface — which does not help," he added. 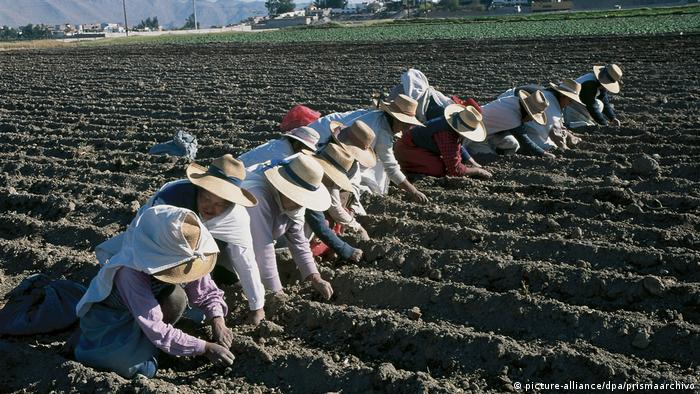 hHealthy soil is good for the environment and for farmers

And then, there is a need for stronger policies. Vargas says that across the globe, there is a lack of national policies supporting better soil management.

On the right track

But things are beginning to change. On a global level, there is a growing realization that protecting our soils is essential — both to the climate and our food supply — and a rising number of countries are starting to take action.

"At the COP23 climate conference, soils were finally recognized as an important element for the fight of climate change," Vargas said. "Now, we need to show the benefits not only for the environment and the fight against climate change, but also for farmers."

Guggenberger said we have a choice to make: “use soils to mitigate climate change or, instead, lead them to release CO2 into the atmosphere, making things worse."

Properly managed soils can reduce the carbon in our atmosphere — which is essential if we are to fulfil the Paris Agreement goal of keeping global warming below 2 degrees.

Still, Sommer warns that carbons sinks are only part of the solution. Locking away carbon doesn’t mean we can keep supporting coal-fired plants.

"That is certainly not the message we want to convey," he said. "We need a combination of various measures that can make a difference — soils alone won’t save the climate."