The more coffee you drink, the longer you will live (if you're lucky, that is)

Are you addicted to coffee? Then you may have a reason to celebrate. A long-term international study suggests that enjoying a cup of coffee is good for your health. And several cups are even better. 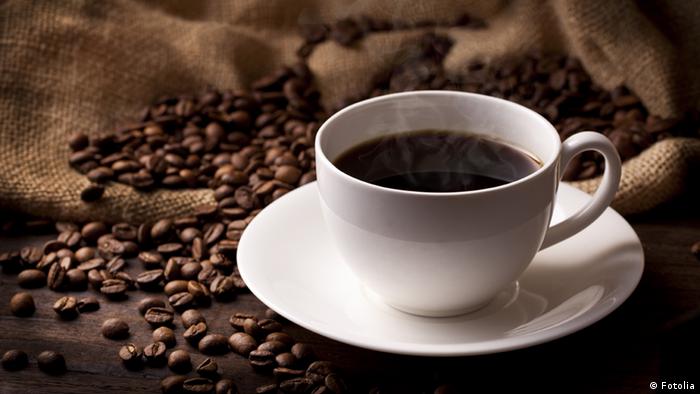 This is the kind of research that will definitely find its fans. Coffee - the black liquid stuff that was once said to be harmful to your health - may actually prolong your life.

Two long-term studies with a total of 700,000 participants show that coffee-drinkers have a lower risk of dying from multiple causes, in particular from circulatory and gastrointestinal diseases.

According to a study by the International Agency for Research on Cancer and Imperial College London, the health benefit can be observed across ten European countries with variable coffee drinking habits, from espresso sipping in Italy to cappuccino quaffing in the UK.

The researchers used data from the EPIC study (European Prospective Investigation on Cancer and Nutrition), analyzing data from over 500,000 people from ten European countries.

In all four groups, coffee showed a health benefit. People who consumed a cup of coffee a day had a 12 percent health improvement over non-coffee drinkers. Meanwhile the USC study suggests people who drink two to three cups a day "reduce the risk of death" from one of the common diseases by 18 percent.

"If you like to drink coffee, drink up. If you are not a coffee drinker, then you need to consider if you should start," says Veronica Setiawan an associate professor of preventive medicine at the University of Southern California.

Both studies were published on Monday (10.07.2017) in the journal "Annals of Internal Medicine." With or without caffeine

Drinking three or more cups of coffee per day seems to have the most health benefits.

Both studies suggest it doesn't matter how you drink your coffee - or whether it is decaffeinated.

Coffee is a mixture of about 1000 chemical compounds. Beside caffeine it contains polyphenols and other bioactive compounds with antioxidant properties that are good for our bodies.

"A protective effect of coffee is biologically plausible," write the editors of the "Annals of Internal Medicine" in their editorial.

However, the researchers still don't know exactly which substances in coffee cause those effects.

So is it really true that for every cup of coffee you drink during the day you will live two years longer? Unfortunately, no, it doesn't work that way.

It is all about statistics - and there is no guarantee that coffee will do for you what it does for your neighbor.

All that the researchers did was look at several hundred thousand coffee drinkers, and non-coffee drinkers, over a period of 16 years, and record who died at which age from which cause.

Statistical analysis allows scientists to say whether something has a health benefit, like working out regularly, or whether it is more likely to kill you, like smoking. But it's still only a guide to the highest probabilities as understood at the time of the research.

"Due to the limitations of observational research, we are not at the stage of recommending people to drink more or less coffee," says Marc Gunter of the International Agency for Research on Cancer.

"That said, our results suggest that moderate coffee drinking is not detrimental to your health, and that incorporating coffee into your diet could have health benefits," he says.

There's a high probability that lots of coffee addicts will now fill up their mugs one more time - without feeling guilty.

But remember: coffee can cause cancer - if you drink it too hot.

Coffee is good for your heart, says Korean study

How many coffee beans do you think are on this picture? More than there are opinions as to the impact of coffee on human health? Maybe. Well, at any rate, DW takes a look at the latest one - backed by science. (03.03.2015)

In a barely known southwestern corner of Ethiopia lies Bonga, the home of Arabica coffee. It was in this small town that coffee was discovered more than a millennium ago. (23.03.2016)

Another cup of coffee? Yes, please!

You can have your coffee - and eat it!