Why isn't Germany taking over the moon?

By and large, "Made in Germany" is not the driving force behind companies in Europe's powerhouse preparing to go to space. The country spends millions on the industry but not nearly enough, say critics. 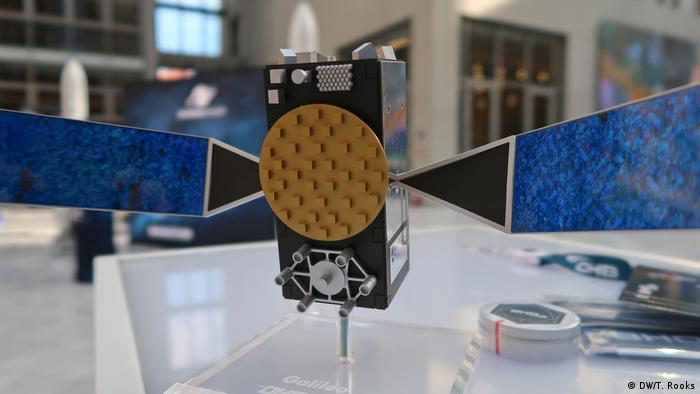 At a recent gathering in Berlin of space technology businesses the mood was upbeat. Yet while astronaut Matthias Maurer was stealing the show and beguiling schoolchildren and adults alike, there were important issues floating through the air. The biggest question wasn't about colonizing Mars, sending millionaire tourists to the moon or even mining it for minerals. The biggest question of all was: Why isn't tech wonderland Germany at the head of the space race?

Besides giants Airbus and OHB in Bremen, there are a lot of smaller companies and startups looking toward the stars throughout Germany. Standing above all these private companies is the European Space Agency (ESA), an organization made up of 22 member countries with a total budget of €5.72 billion ($6.39 billion) for 2019.

After France, the German government is its second-biggest cash contributor. For this money, Berlin was able to get two prizes: ESA Mission Control in Darmstadt and the astronaut training center in Cologne. This may sound like a big win, but they came at a steep price. Germany's contribution to ESA this year alone was €927 million.

At home Germany spends an additional €285 million on space programs. This may seem like a lot, but it's a pittance compared with France's €726 million. Overall Germany only spends 0.05% of GDP on such programs. This puts them behind India, Italy, Japan, China ,Russia, France and the US which spends 0.224% according to Goldman Sachs' European Space Policy Institute.

But no matter how much is being spent, many are critical about how it is spent. Right now the lion's share of government cash goes to the major players, Airbus and OHB. Tom Segert, director of business and strategy at the startup Berlin Space Technologies, is one of those who sees change coming though. "We are having a moment where the big players in Germany, but also the smaller players, are waking up. They realize something big is going to happen," he told DW.

In Germany, "we have the technology, but we don't have the demand," said Segert, pointing to the fact that these conglomerates are working on big international projects and building big satellites, not the smaller ones businesses actually want. This is the gap that Berlin Space Technologies wants to fill. 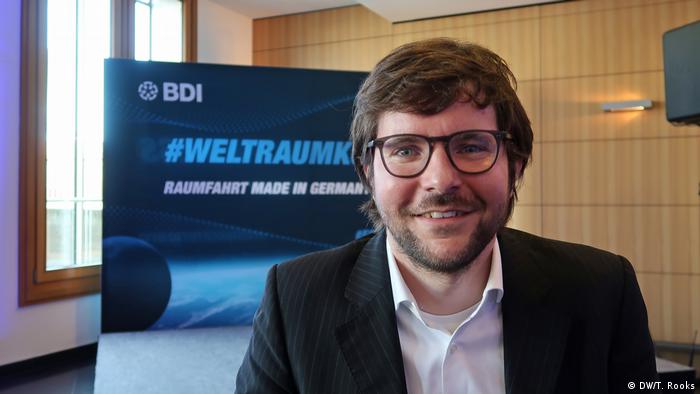 Founded in 2010 by three friends, the startup now has 29 employees who work to design small satellites systems — anywhere from the size of a microwave oven to a washing machine — and the technology behind them.

"Space seemed to be the place where you can always do something new, something that nobody has done before. I didn't know about the bureaucracy that was awaiting me and about all the pitfalls of a government-driven space program," said Segert. Nonetheless, the company has so far taken part in over 50 space missions.

Making a prototype can take 1-2 years. But the company wants to move away from individual satellites into mass manufacturing, and for this they have started a joint venture in India. Once a satellite goes into large-scale mass production, the building time can be reduced to one or two weeks. This drives down costs, and having more satellites in orbit creates a network, a "constellation of satellites" in space.

The forefront of technology

In general, Segert thinks that for most companies building satellites is a waste of resources. They should instead focus on services and data. "The biggest chances for European startups are in the downstream because they are getting the data for free [from NASA or ESA]. It's not the best data, but they get some data for free which is a big hurdle for everybody else."

Focusing more on services will lead to the demise of many manufacturing companies. Only the strongest will survive — Darwin in space — a typical process in maturing industries. 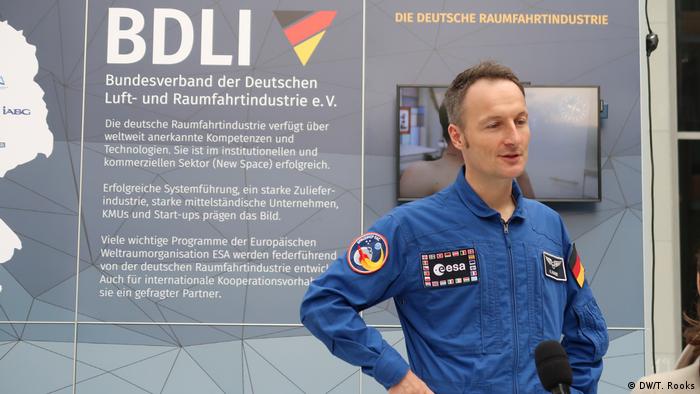 At the same time industry associations are pushing Germany to build a spaceport, or launching center, of its own. They are not talking about those big enough to send humans into space, but one that would enable companies to launch rockets and satellites without depending on other countries. Today only a handful of countries have this capability. Bringing it closer to home would make things easier.

Though such prestige projects fascinate the public, space programs have developed many technologies that have come into normal use and impact daily life. Things like batteries, ceramics, solar technologies, autonomous driving and the use of lightweight metals were all advanced thanks to space innovations.

A shot in the dark

Newer technologies using satellites include better communications, weather forecasting and navigation. Images from space can be used to monitor coral reefs, forests, water levels, fires or natural disasters. They can also watch pipelines, trains and power lines. These images can teach about the Earth and bring home the ideas of global warming.

To make the most of the possibilities in space, Segert from Berlin Space Technologies would like to see industry do more of the things that ESA, Airbus or OHB do — things that are often funded by taxpayers. He also warns companies to stick to the things they are good at like making equipment, components, satellites, rockets, organizing launches or providing services. Not everything at once.

"I am very doubtful about hardware startups that are founded right now because they are very late to the game," concluded Segert. For him the future of the space business in Germany is unclear, it can go two ways: The first would be a business-as-usual model in which the government spends ever-increasing amounts of money to keep national champions alive that skew the marking and where no real progress is made.

In the second model the government, taxpayers and companies would see that things have not been done in the most efficient way. The government will get out of the business of making satellites and turn into a consumer of services. This would lead to a decline in satellite manufactures and costs. Then the focus would be on data, the gold of the 21st century.

Space offers nearly infinite possibilities and a lot of room to grow. Now 50 years after the first moon landing, the real test will be to see if governments will create the legal framework to govern space and then step aside and let the market take over and give consumers what they want. Germany as a big spender can nudge it either way.

German industry wants the government to invest more in space research and development. That includes building a domestic spaceport. (21.10.2019)

Existence of ice on the Moon confirmed

A 2017 study had shown that the Moon's mantle could have water concentrations similar to those of the Earth's mantle. Now data from a NASA probe confirmed the assumption. Good news for future Moon missions! (22.08.2018)