Why don't Borussia Dortmund have a women's team? 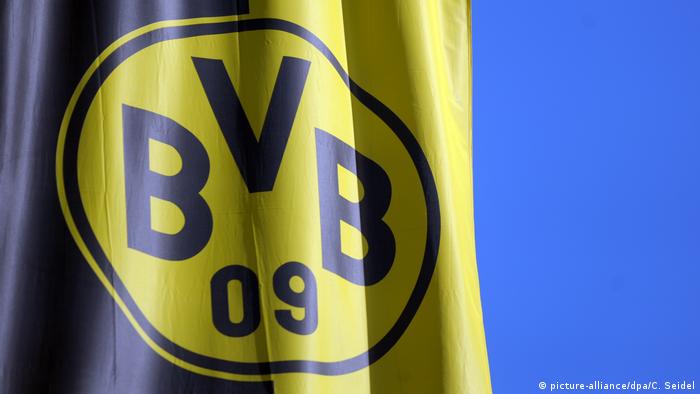 With the Women's World Cup whittled down to its last eight teams , the European dominance of the tournament is starkly apparent. The United States are the only side remaining from outside the continent.

That's a significant departure from the last three tournaments. None of those had a European majority at this stage and only one of them produced a European finalist  — the German side that won in 2007. An equally noticeable trend, among the western European nations at least, has been the increased prevalence of players attached to clubs with major men's teams.

Bayern Munich, Manchester City, Lyon, Paris Saint-Germain, Wolfsburg, Atletico Madrid, Barcelona and Juventus are among those heavily represented, with Real Madrid and Borussia Dortmund the major absentees among the heavyweights of the men's game.

The Spanish club announced on Tuesday that they, like Manchester United a year earlier, were adding their considerable influence to the shift away from specialist women's clubs and towards women's teams becoming a part of established men's clubs. The Spanish outfit have reached an agreement to buy out Tacon CD, a small club recently promoted to the women's top flight.

However, this isn't a strategy that Borussia Dortmund are planning to follow anytime soon.

"I think they don't see any necessity to have a women's team," Nicole Selmer, a BVB fan who is also a regular contributor to the podcast FRÜF — Frauen reden über Fussball (Women talking about Football) — told DW.

"There is also no strong tradition in the club itself and I guess there hasn't been much pressure on them to start a women's team, something that might have been a motivation for other clubs."

In response to a series of questions from DW about the reasons why the club don't have a women's team, Dortmund replied with this statement, published in its entirety: "Borussia Dortmund has no women's football history. The departments (of the club) are divided in to men's football, women's handball, table tennis and a blind football team."

The club did not respond to a question about potential future plans to introduce a women's side.

While Dortmund are not alone in Germany in this respect  — rivals Schalke are among the others who don't have a women's club playing in their name and colors — the sheer size of BVB and its fanbase would, in the eyes of some, provide a significant boost to the women's Bundesliga, where attendances have started to drop. That has certainly been the case in other leagues, with record-breaking attendances reported in Spain, Italy and England of late. But it's not quite as simple as that in Dortmund..

"Some (fans of the men's team) would certainly support a women's team, but many fans would also have concerns that a women's team from Borussia Dortmund could steal the attention from other teams in the area,especially SGS Essen and MSV Duisburg (who are part of a club with a men's side). If BVB now form a women's team, that would be detrimental to these teams," a representative of fanzine Schwatzgelb told DW.

"There are arguments for and against and, as such, there is no unanimous opinion among the fans. It is difficult to gauge how much support the team would receive. 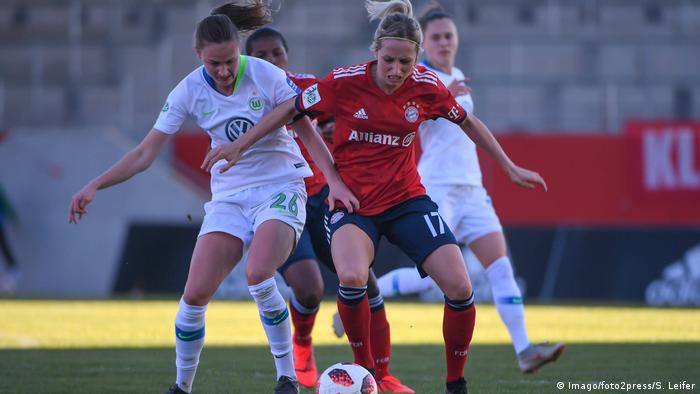 Either Wolfsburg or Bayern Munich have won the last seven women's Bundesliga titles.

Just a fraction of the club's fanbase and money would make an impact, as it has with Bayern. France Football's recent list of the biggest men's clubs in the world — based on a number of factors including finance, fans, trophies and social media following — ranks Dortmund as the 12th biggest. The 11 sides above them all have women's teams. All of those, with the exception of United and Real, are regular contenders for trophies.

Though six of the 23-woman Germany squad ply their trade for SGS Essen and Turbine Potsdam, both standalone women's sides, it's clear the tide is turning there too — if a little slower than it has in England, France, Spain or Italy —the locations of the other major men's leagues.

Wolfsburg and Bayern Munich have shared the last seven league titles, breaking the stranglehold of Potsdam and another standalone women's club, FFC Frankfurt. Even so, Selmer says Germany's slowness to adapt is hurting them.

"You can see at the World Cup that German women's football is one or two steps behind. You might not see it in the end result but I think you can see in the World Cup and the Champions League that it's already happened. Other countries and leagues have stepped up."

Though they have had some problems with distasteful and right wing elements of their fanbase , Dortmund have developed a largely deserved reputation as a progressive club and, from the outside at least, their decision not to enter the growing women's football market seems to jar with the club's ethos.

The financial, sporting and PR benefits of establishing a link to a major men's side are becoming increasingly decisive factors in women's football across Europe. Though Dortmund show no signs of expanding their current scope, there's a growing feeling of surprise that the club seems so resistant to lending their strength and size to a female side. Real Madrid clearly feel there's time and incentive to catch up but, so far, it's not a race Dortmund want to enter.