A football match in Spain has attracted a record attendance for a women's club game. Over 60,000 fans packed out the Wanda Metropolitano stadium in Madrid as Atletico played Barcelona. 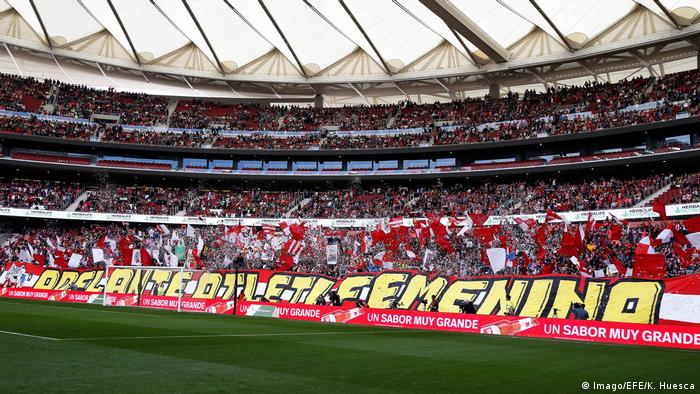 A record crowd for a European women's club football match was recorded at the Wanda Metropolitano stadium in Madrid on Sunday when 60,739 fans turned out to watch a Liga Femenina game between Atletico Madrid and Barcelona.

Just three months ahead of the FIFA Women's Word Cup, the attendance exceeded the previous record of 48,121 – also set in Spain earlier this year when Athletic Bilbao played Atletico Madrid at the San Mames stadium.

"An historic record attendance for a club match!" read a post on Atletico Madrid's official Twitter account towards the end of the match, which Barcelona won 2-0 thanks to goals from Asisat Oshoala and Toni Duggan.

"The crowd cheered up our girls and set a world record for an attendance at a women's club match," Atletico added in a statement, although the result meant that Atletico's lead at the top of the league was cut to just three points with six games remaining.

The overall record attendance for a women's football match was recorded in 1999 at the Rose Bowl in California, when the United States beat China in the Women's World Cup final.

This year's World Cup in France will begin in June, with Spain drawn against Germany, China and South Africa in Group B. 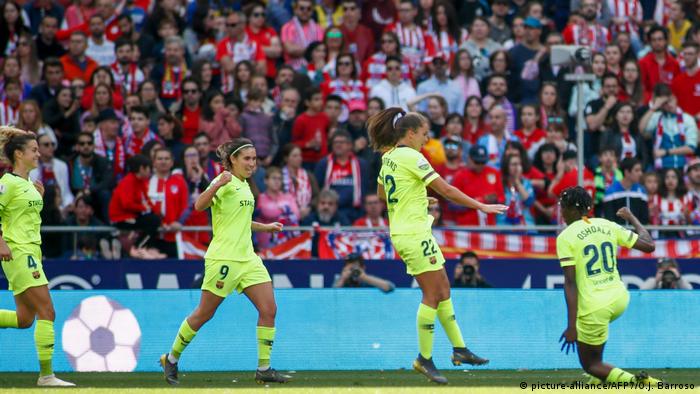 Barcelona's Asisat Oshoala (number 20) celebrating her goal with her teammates