At the age of 27, Ann-Katrin Berger had won titles and played in major cup finals across Europe. But after the German goalkeeper found a lump on her neck, she knew she had to fight a battle bigger than any on the pitch. 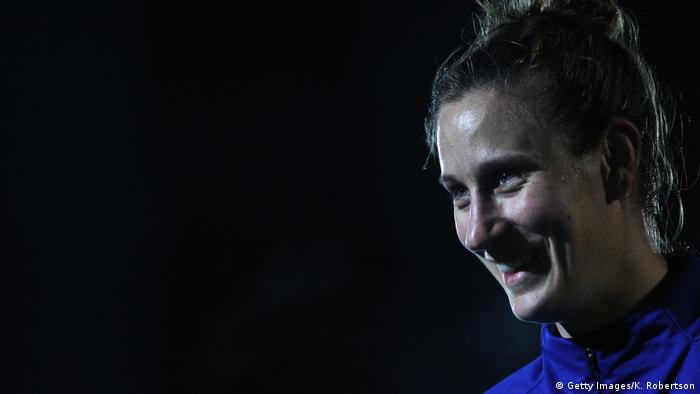 For many footballers, a loss of form, the strange demands of a new coach or a failed transfer request are among the biggest career obstacles they'll face. But, in November 2017, Ann-Katrin Berger's fight moved away from the stadiums and training pitches and in to hospital wards and operating tables.

Just six months after playing in an English Women's FA Cup final at Wembley in front of over 35,000 fans for Birmingham City, the German goalkeeper felt a lump on her neck, which was later diagnosed as thyroid cancer.

"It was a shock," she told DW at the sprawling training complex of her new club Chelsea. "As a footballer you don’t think about it. You have to live a healthy life, you do sport every day so it was quite a shock, it’s not usual in my family.

"But I’m a person who has to get on with things as quick as possible. So for me, after diagnosis, it was: 'What should I do now?’ What do I have to do now?"

The answer, initially was a treatment program that involved a serious operation in December. But Berger, now 28, drew strength from her profession despite being apart from her family in the south west of Germany.

"For me it was not a solution to be ill," she says. "As a sportsperson you have to fight everyday. Even for my position I have to fight every training session to be on the pitch on a Sunday. Goalkeepers have a bad reputation, I don’t know why, as crazy people. I wouldn’t say I am (crazy) but I think the mentality of a goalkeeper helped me through that as well."

Read more: Can women make a living out of football? 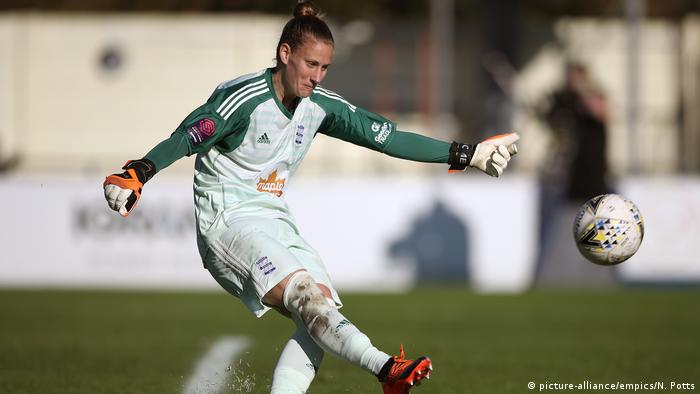 Berger says that she was only prepared to countenance the worst scenario "if it actually happens" and that getting back to the sport she has loved since she can remember was the driving force behind a rapid recovery.

Just 61 days after her operation and after "starting again from zero" in fitness terms, Berger was back between the sticks for Birmingham and keeping a clean sheet in her side's fourth round FA Cup win over Reading. Despite a desire to play down her remarkable recovery and speak to the virtues of teamwork, professionalism and mentality, Berger does admit that was a memorable moment.

"For me this occasion was a normal thing to do because I had done it step-by-step and I had something to fight for," she says. "We won the game with a clean sheet and it was a good team effort. I think on that day they actually played for me, that was a good feeling."

More good feelings were soon to follow as a string of impressive performances from Berger helped Birmingham to a surprise fourth-place finish in the Women's Super League, the top flight of English football.

At the end of last season, she was named in the PFA Team of the Year. Then, just 12 months after her diagnosis, she earned a first call up to the Germany squad. In January, she joined reigning champions Chelsea, keeping another clean sheet on her home debut in another big FA Cup win, this time against Arsenal. 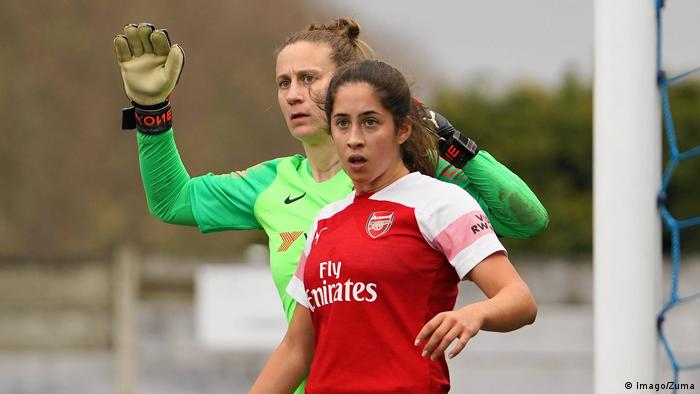 Competition for places, both domestically and internationally, is fierce for the former Paris Saint-Germain and Turbine Potsdam shot stopper but it's clear that Berger has the belief that she can force her way in to Martina Voss-Tecklenburg's Germany squad for the upcoming World Cup in France.

"It would be a huge achievement even if I were just to go to the World Cup. Obviously if you’re invited you want to play as well but we have a really good goalkeeper, so it’s hard. But nothing is impossible."

Given Berger's story, it's hard to disagree with that.