The European champions battled the Asian champions in the final Round of 16 tie at the 2019 Women's World Cup. While the Netherlands progressed, it was the drama of the game itself that deserved acknowledgement. 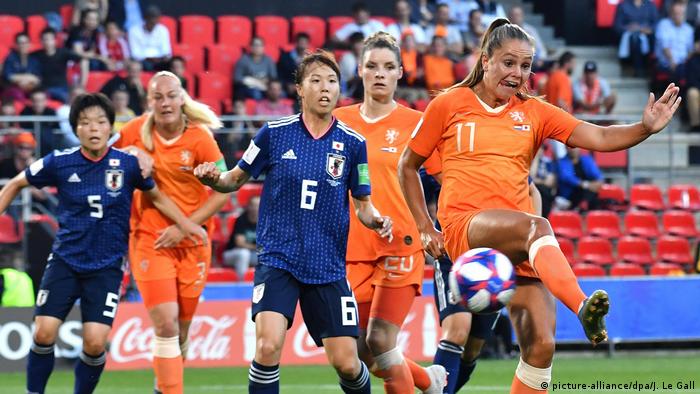 There's a strong case to be made that the Round of 16 tie between the Netherlands and Japan was the game of the tournament.
The combination play, the defending, the individual moments of brilliance, the drama — there was so much to enjoy that it was hard to keep up at times.

Japan shook off their underwhelming tournament form — the 2011 world champions scored just twice in three group stage games — to deliver the kind of performance many had long expected of them. On the other side the Dutch showed why their 2017 European Championship title was just the start of their success.

The Dutch's late fortune will make the headlines, but the game as a whole was a masterpiece worthy of recognition.

Two top-level football nations matched the occasion with brilliant play that was thrilling to watch. Norway's penalty shootout victory against Australia would be in the same conversation as this game, but this perhaps had the edge given the international success of the two sides. 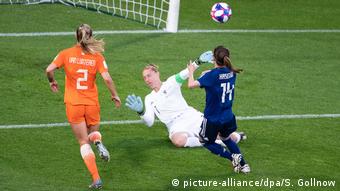 Moments of quality, moments of fortune

Lieke Martens' flick from a corner might have taken a deflection, but the sheer confidence to try such a move was deserving of the goal the Barcelona attacker did indeed score.

Japan's equalizer came from a wonderfully fluid team move. The combination play was mesmerizing, the perfect touch on the ball from Mana Iwabuchi truly impressive, the finish from Yui Hasegawa unique.

It wasn't just the goals either. Defensive play was smart and solid, with impressive tackles and clearing headers coming from all areas of the box. Passing stayed fluid, neat and at times intuitive. Both goalkeepers looked in form — Japan's Ayaka Yamashita was consistently attentive in her sweeper keeper role and Sari van Veenendaal pulled out stop after stop for the Dutch.

Befitting of a classic, the Dutch got a late penalty totally against the run of play. Captain Saki Kumagai had little time to react to Vivianne Miedema's shot on the turn, but the new rules seemingly care little for time. They care only for the extension of body size, and Kumagai was caught. And so, Martens held her nerve and suddenly there was a winner in a game that no one wanted to end. For all of Japan's fluid attacking play, it turned out to be the Dutch's day.

The sea of orange fans that have accompanied the Netherlands' team will return for the quarterfinal clash against Italy in Valenciennes. Before then though, this game needs to be digested. Two top teams playing top quality football delivered a World Cup classic that was, for those in need of one, a great advert for the women's game.