France is facing a second and final round in its presidential election. The winner has the daunting task of reviewing policy on Africa as the former colonies still play a significant role in French national life. 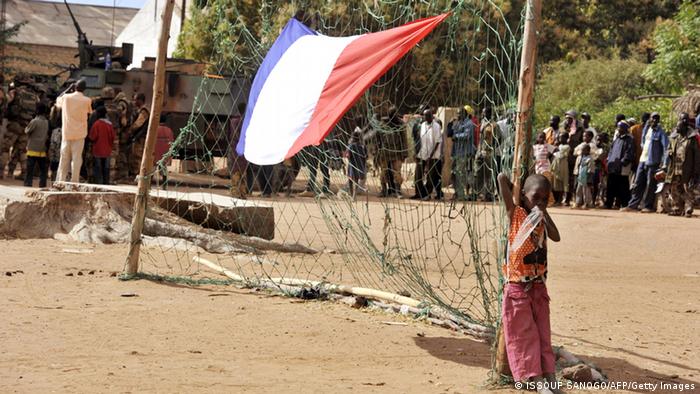 France's presidential candidates are all too well aware of the importance that their country attaches to Africa and the former colonies. In the middle of a domestic election campaign, Marine le Pen visited the West African state of Chad and Emmanuel Macron went to Algeria.

Views on the whys and wherefores of France's Africa policy differ hugely. Incumbent French President Francois Hollande maintains that France does not intervene in Africa to pursue its own interests, nor does it seek to change the rules of African politics or bring about regime change.

"France supports Africa because we believe it has great potential," Hollande said.

France's presence in Africa is focused largely on its former colonies. During a painful process of decolonization in the 1960s and 1970s, "La Grande Nation" never lost sight of its own interests. Use of the French language in the former French territories remains obligatory. There are still two currency unions in existence - the West African CFA franc and the Central African CFA franc - to which a total of 15 African states belong. Currency reserves are held in France's central bank. It is open to dispute whether the CFA offers greater advantages to France or the African states,

French corporations such as the construction company Bolloré, the oil giant Total and the telecoms group Orange maintain a massive presence in the ex-colonies.

Stefan Brüne, an expert on Franco-African relations at the German Council on Foreign Relations in Berlin, believes nonetheless that French influence in Africa may be waning slightly, but it is still very much in evidence.

"There are still strong links between Paris and the former colonies,"  he said

French companies import commodities from many West and Central African countries, such as uranium ore from Niger and Gabon or cocoa from Ivory Coast.  About 9,000 French soldiers are stationed in those countries. Their mandate is to fight terrorists and train African troops. 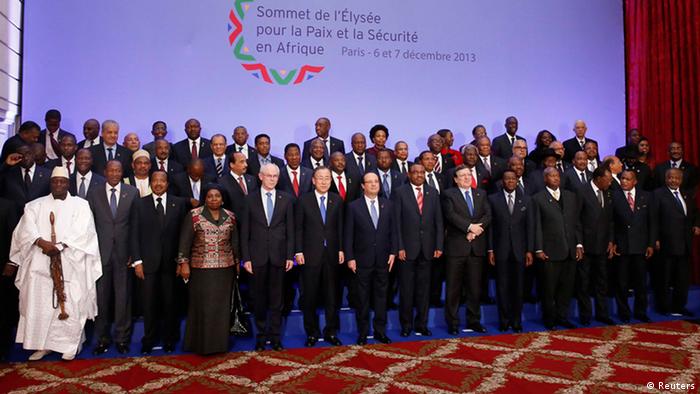 Philippe Hugon, a French Africa specialist, believes the emphasis in French engagement in Africa is shifting

"France is now less involved in trade, finance and investment, but it is maintaining its influence on monetary policy and its military presence," he said.

However, the French are facing growing competition. China has established close ties with many African countries and the United States has been also displaying greater commitment to Africa in recent years.

It costs France a lot of money to maintain its role as a major player in Africa. Military interventions are not cheap, neither is the development aid which France dispatches to Africa. France has its own domestic economic problems and is therefore finding it increasingly difficult to finance its African operations. Another factor is that the 28-nation European Union, of which France is a member, is becoming more active in Africa. The impact on France's own national policy on Africa could be profound, said Stefan Brüne.

"It would mean that part of the Parisian political elite would lose the means to exert influence and I do not think that they would be prepared to accept that," he said. 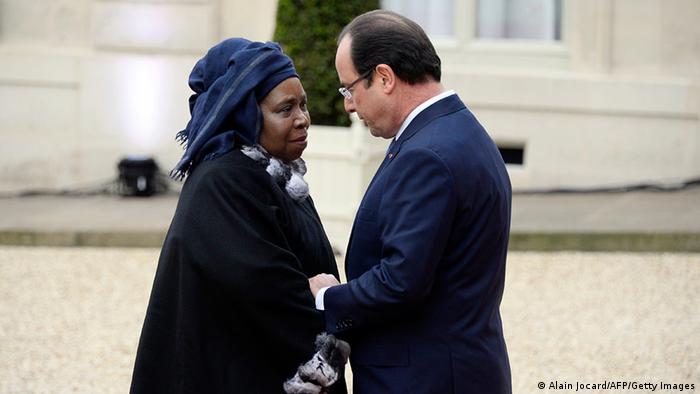 Several presidents and presidential candidates have promised to reform France's policy on Africa and to move from a position of dominance to that of a partner among equals. In practice, however, such promises have changed very little.

African politicians, meanwhile, can be heard telling their citizens that their respective countries need to be less dependent on France, the former colonial power. One recent example was President Alpha Conde of Guinea-Conakry, who currently holds the presidency of the 55-nation African Union.

But two weeks later, Condé visited Paris and thanked President Hollande for doing so much for Africa.

Emmanuel Macron, the shooting star of the French election campaign, has been giving the impression every now and again that he wants to change France's policy towards its former colonies. During his trip to Algeria in February, he said that colonialism was a part of French history, a crime against humanity and truly barbaric. "We must face up to this part of our history and apologize to those who were at the receiving end," he said.

His remarks were greeted with cries of indignation in France and he quickly backpedalled, returning to a more traditional interpretation of France's Africa policy.

This weekend President Hollande attends his last Africa-France summit. On taking office, he pledged to break with 'Francafrique' but almost five years later the French footprint in Africa appears undiminished. (12.01.2017)

An American drone base has taken up operations near the city of Agadez in Niger. It is considered strategically important in the fight against Islamists in western and northern Africa. (23.11.2016)

Prosecutors say they'll take no action against alleged child sexual abuse by French soldiers in the Central African Republic (CAR). Fourteen commandos were suspected of being involved during a deployment in 2014. (05.01.2017)