The French far-right presidential candidate has positioned herself as a champion of African sovereignty. But her visit to the French military base in N'Djamena was condemned by some local politicians. 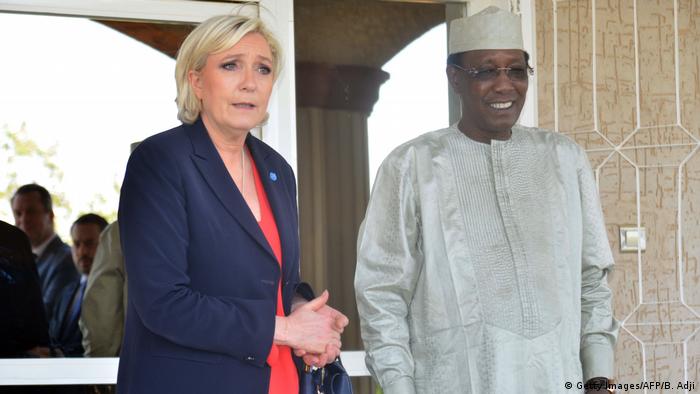 French far-right candidate Marine Le Pen has caused controversy with her visit to Chad in the final weeks of her presidential campaign. In a bid to show her support for France's anti-terrorism military operations in the Sahel region of Africa, Le Pen met Tuesday with Chad president Idriss Deby and planned to tour the French military base in N'Djamena on Wednesday.

The central African country's leading opposition party, however, sharply condemned the visit. The leader of the National Union for Democracy and Renewal (UNDR), Saleh Kebzabo, said he was "categorically opposed to her visit" because of her "racist and xenophobic" politics. He was referring to Le Pen's political platform which promises to curb both legal and illegal immigration into France and ban fundamentalist Muslim organizations. 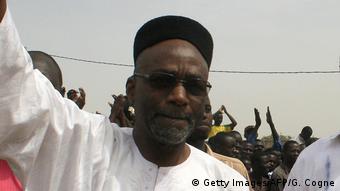 UNDR spokesman Laring Baou told DW that Le Pen, as the successor to her father Jean-Marie Le Pen as leader of the National Front party, does not have the interests of Africans in mind.

"The far right continues to promote the idea that if there are problems in France, it's because of the foreigners, especially Africans," said Baou. "I remember her father's words: 'I like Africans - but in only in Africa'."

A mixed message on colonialism

Le Pen is an outspoken defender of French colonialism. She attacked her major opponent Emmanuel Macron for calling the alleged torture and massacres of the colonial era "crimes against humanity," claiming that his criticism was itself a crime against France.

Nevertheless, Le Pen has positioned herself as the candidate most opposed to the politics of "Francafrique" - a term that refers to the continuing interdependence between France and its former African colonies. In the name of French economic independence, she advanced a policy of "non-interference" in African affairs during a speech last month.

"Marine Le Pen has had some success with her message to Africans," Jean-Claude Camus of the Jean Jaures Foundation told DW, "saying that you are masters of your own destiny in the same way that we should be the master of our own."

At the center of Le Pen's trip to Chad was the issue of French national security. Terrorist attacks in the French cities of Nice and Paris in the past two years led current president Francois Hollande to claim that France is "at war" with Islamic terrorists. 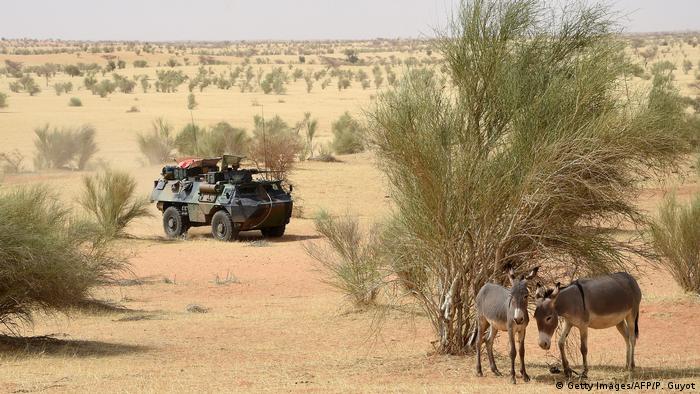 About 3,500 French soldiers have been carrying out "anti-terrorism" missions in Chad and other Sahel region countries

The Sahel region of Africa, home to Islamist groups affiliated with al Qaeda, is key to France's anti-terrorist strategy. Chad hosts the headquarters of the Barkhane military operation, which consists of over 3,000 French troops, tasked with disrupting the activities of groups that France considers terrorist organizations.

Le Pen is not the only French presidential candidate to visit military bases. Center-right candidate Francois Fillon visited operations in Mali and Niger in December, and Macron toured a base in Jordan in January. The French Minister of Defense Jean-Yves Le Drian said that "all candidates who make a request may visit the military operations."