Paris has formally ended its military mission in the troubled Central African Republic (CAR) but vowed French troops would still be ready to intervene. The move has caused concern among local officials. 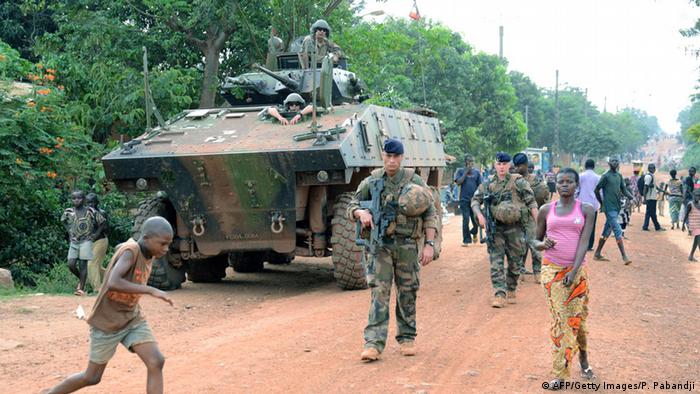 Speaking at the Monday ceremony in the capital Bangui, French Defense Minister Jean-Yves Le Drian promised his country "will not abandon" the CAR.

"The French army will indeed be less visible but it will be present, active and vigilant," he told local deputies and foreign diplomats, proclaiming the official end to the peacekeeping mission.

"We will retain an ability to intervene at very short notice," he added.

Paris sent in its troops to the CAR in late 2013 in an effort to prevent violence between Muslim and Christian militias. This mission, however, was tainted with repeated  allegations of sexual violence, including forcing people to engage in bestiality,  against the peacekeepers.

Also, many rebel groups remain active to this day. At least 10 people were killed just hours before Le Drian started his visit on Sunday, local sources said following a clash between armed groups in a Muslim neighborhood of Bangui. Dozens more died in previous days. 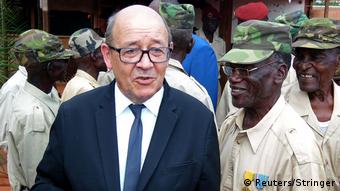 France's withdrawal will leave security largely dependent on the 13,000 strong UN mission of MINUSCA. Additionally, Paris is planning to keep 350 soldiers on CAR territory after the mission's end, Le Drian said on Monday. He added that the "tactical reserve force" would be backed up by drones.

Even so, it remains a far cry from previous deployment that peaked at around 2,000 peacekeepers. Many prominent CAR politicians believe France is ending its mission prematurely.

The departure "is for us, let's be frank, a source of concern," National Assembly President Abdoul Karim Meckassoua said on Monday.

"Worse, the announced departure (…) seems to provoke the bellicose fervor of some people," he added.

"Our security forces are not ready to take over," Dologuele told Le Drian at the time. "The UN forces are more and more overwhelmed."

In turn, Le Drian called the mission was a "success."

"It's always too early [to withdraw]," the minister added. "These responsibilities are above all your own."

Some 3,500 French troops are stationed in Mauritania, Mali, Niger, Chad and Burkina Faso in order to combat Islamist militias in the region.