Who is Taliban leader Mullah Fazlullah? 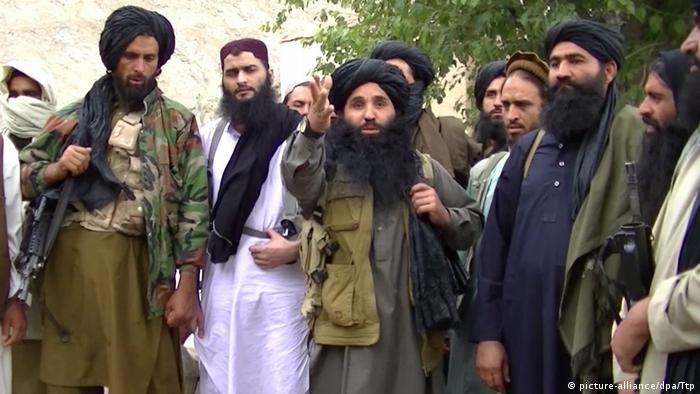 Mullah Fazlullah – nicknamed "Mullah Radio" for his radical sermons on a Pakistan-based local radio station – was the leader of the Tehreek-i-Taliban Pakistan (TTP). He hailed from Swat district of Pakistan's northwestern Khyber Pakhtunkwa province.

In 2007, Fazlullah established a parallel government in Swat and enforced Shariah (Islamic law). A subsequent military operation in 2009 forced him to flee to Afghanistan's northeastern Kunar province.

"In 2009, Pakistani officials claimed that Fazlullah was wounded in a raid, but later it was revealed that he had moved to Afghanistan. It is believed that he had stayed in Afghanistan until his reported death," Shamim Shahid, a Peshawar-based journalist, told DW.

In March, US State Department announced a 5-million-dollar bounty on Fazlullah's head.

Read more: Abdullah Abdullah: ‘Nobody promised Afghanistan will be paradise in 2, 3 years’

Afghanistan's Defense Ministry confirmed Fazlullah's death on Friday, saying the militant leader was killed in a joint operation of Afghan and NATO forces in the country's east.

"I confirm that Mullah Fazlullah, leader of the Pakistani Taliban, has been killed in a joint air operation in the border area of Marawera district of Kunar province," Mohammad Radmanish, spokesman for the defense ministry, told media.

The NATO-led Resolute Support Mission in Afghanistan also confirmed the killing, according to Reuters news agency.

The US military had earlier said that it had carried out a strike against a senior militant figure in Kunar, which borders Pakistani.

The Pakistani Taliban have so far not commented on Fazlullah's alleged killing.

"The TTP is likely to deny the news at first, but it will confirm it a later stage," said Rahimullah Yusufzai, a defense analyst and bureau chief of The News International newspaper in Peshawar.

A thaw in US-Pakistan ties?

Fazlullah was wanted in Pakistan's 2014 military school attack that killed 132 children. He was also accused of being involved in a 2012 failed murder attempt against Nobel Peace Prize winner Malala Yousafzai.

If confirmed, Fazlullah's death could be a huge blow to the TTP.

"Fazlullah was accused of planning and carrying out attacks on the Pakistani military's border posts. His killing would be welcomed by Pakistan," Wahid Muzhdah, a Kabul-based Taliban expert, told DW.

The US attack on Fazlullah has the potential to ease tensions between Washington and Islamabad. On a number of occasions, Islamabad had demanded that Afghan authotrities act against the Islamist leader.

US-Pakistan ties have deteriorated in the past few years. Earlier this year, Washington stopped its military aid to Islamabad, alleging that Pakistani authorities did not want to take decisive action against militant groups, including the Haqqani Network.

"The alleged killing proves that negotiations between Pakistan and the US are underway and that the two countries are cooperation again," Yusufzai said.

The Afghan Taliban have already agreed to a three-day ceasefire during Eid holidays. Kabul and Washington believe Islamabad can facilitate Afghan peace talks and pressure the Taliban leaders to negotiate their demands with the Afghan government.

The killing of Fazlullah, according to experts, could encourage Pakistan to help Afghan President Ashraf Ghani in his peace efforts.

"This incident shows that Islamabad and Kabul are working to improve ties by meeting each other's demands," Muzhdah said.

Others say that Pakistan would likely to use Islamist militants as "proxy jihadists" to create instability in Afghanistan and would not give up on its "bargaining chip" until Western troops completely withdraw from its neighborhood.