Yi Gang takes over the reins of the People's Bank of China (PBoC) at a time when it is rapidly gaining global influence. But his key challenge would be domestic: tackling ballooning debt and ensuring financial stability. 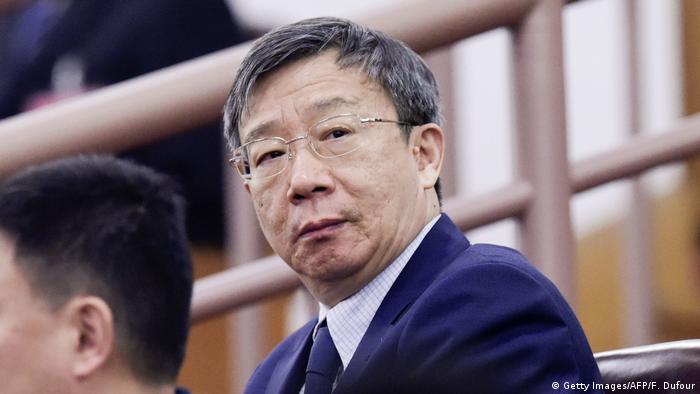 China's increasingly powerful central bank has a new boss: Yi Gang. He replaces veteran governor Zhou Xiaochuan, whose 15 years at the helm of the bank witnessed a remarkable expansion in the Chinese economy's size and global clout.

Yi has been a strong supporter of Zhou's efforts to tackle risks plaguing the Chinese financial system and push ahead with market reforms. As a result, the appointment of Yi has been widely interpreted by analysts as a sign of continuity for China's increasingly complex economy and financial system.

60-year-old Yi is no new face to central banking; he has over two decades of experience at the PBoC and became deputy governor of the bank in 2007. But unlike his predecessors, Yi lacks experience in Chinese industry or politics and is not regarded as a political heavyweight like Zhou.

Born in March 1958 in Beijing, Yi built his career as a technocrat and scholar with an academic background in macroeconomics.

He lived for over a decade in the US, where he earned a PhD in economics from the University of Illinois and then a tenured faculty position at Indiana University. He later returned to China to take a position at Peking University and then moved to the PBoC in 1997.

At the central bank, Yi is seen as instrumental in steering monetary and currency policy, including the landmark devaluation of the yuan in 2015 and more recently a tightening of capital controls. Critics, however, point out that the 2015 move to change the yuan fixing mechanism turned out to be a blunder.

"Admittedly, there have been a few blunders under Yi's watch. In particular, he and other senior figures at the PBoC seemingly failed to foresee how a change to the renminbi fixing mechanism in August 2015 would be interpreted by investors," said Julian Evans-Pritchard, Senior China Economist at Capital Economics, a London-based economics research consultancy.

"Yi then struggled to contain the damage at the emergency press conferences that followed," he wrote in a research note. "But he has since become a better communicator and the PBoC has become more adept at managing market expectations," the expert added.

Yi's appointment comes at a time when the Chinese leadership handed the central bank the authority to write rules for much of the financial sector, in a bid to strengthen financial oversight and regulation. The decision places the PBoC at the heart of the new regulatory structure for finance in China. 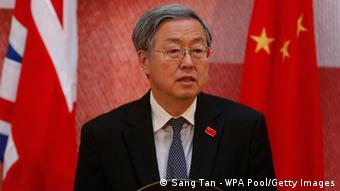 Furthermore, the central bank's importance in the global financial policy landscape has been on the rise in recent years. Policymakers in other countries are increasingly paying attention to statements and decisions made by the PBoC with regard to monetary policy, inflation, exchange rates and forex reserves, among other things.

One of Yi's major concerns will be tackling China's soaring debt levels. Organizations like the International Monetary Fund (IMF) estimate China's overall debt figure to be about 234 percent of gross domestic product (GDP) and predict it to rise to 300 percent by 2022. Corporate debt currently stands at around 165 percent of GDP, estimated to be the highest in the world, and household debt is also spiraling upward at a rapid pace.

Furthermore, systemic risks to the financial system have grown over the past several years due to the expanding role of the shadow-banking industry. As a result, China is seen as one of the economies most vulnerable to a banking crisis, although Beijing has repeatedly assured that the risks are under control.

Despite the challenges, experts believe the new central bank chief will be more limited in his ability to shape monetary and financial policies. That's because the PBoC — unlike central banks like the Federal Reserve — is not an independent body and the governor has limited influence in setting the direction of policy. The State Council dictates policy and has to sign off on any PBoC decision related to interest rates, forex, money supply and other important matters before they are implemented.

And it's unlikely that the PBoC will become formally independent any time soon. On Monday, China's ceremonial legislature also approved the nomination of President Xi Jinping's influential adviser Liu He, a Harvard-educated Communist Party official who as vice premier is expected to oversee the financial and economic sectors.

Both Liu and Yi are expected to handle the currently tense trade relationship with the US, where the administration of President Donald Trump is considering imposing new tariffs on Chinese imports in the coming months. At the same time, the Federal Reserve is projected to hike its benchmark interest rate as the US economic recovery continues. The impact of these policies will be felt in China and the PBoC may be forced to come up with appropriate countermeasures.

China is set to create new ministries and merge the banking and insurance regulators in the biggest revamp of its cabinet in years. It's another move to streamline administration and curb financial risks. (13.03.2018)

Hours ahead of the signing of trade tariffs on steel imports, President Trump has insisted he doesn't want a trade war. Washington is set to soften the blow of its new penalties with exemptions for certain countries. (08.03.2018)