The whistleblower said Trump's actions in a phone call with Ukraine's leader were "a violation of law or executive order." The White House was also accused of attempting to conceal "all records" of the call. 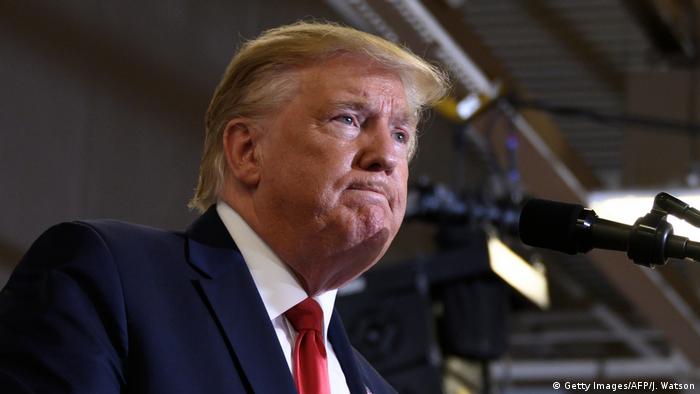 The US House Intelligence Committee on Thursday released a declassified version of a whistleblower report at the center of Democrats' impeachment probe of President Donald Trump.

The whistleblower, whose identity has not been made public, said in the report that Trump used his office to solicit interference in the 2020 presidential election from a foreign country.

"I am deeply concerned that the actions described below constitute 'a serious or flagrant problem, abuse, or violation of law or executive order' that 'does not include differences of opinion concerning public policy matters,' consistent with the definition of an 'urgent concern,'" the report said.

The whistleblower wrote that "among other things," Trump's reported election interference included "pressuring a foreign government to investigate one of the President's main domestic political rivals," in reference to a July phone call between Trump and Ukrainian President Volodymyr Zelenskiy.

In the call, the US president prodded his Ukrainian counterpart to investigate Democratic political rival Joe Biden's son, Hunter Biden.

A summarized transcript of that phone call was released by the White House on Wednesday morning.

Later on Thursday, Trump lashed out at whoever supplied information to the whistleblower, reported to be a CIA official.

William Barr 'appears' to be implicated

The whistleblower said that Rudolph Giuliani, Trump's personal lawyer, was "a central figure" in the president's interference effort, but that Attorney General William Barr also "appeared to be involved as well."

In the account, the whistleblower said he or she was not a "direct witness," but had received the information from more than half a dozen officials as part of routine "interagency business."

"The White House officials who told me this information were deeply disturbed by what had transpired in the phone call," the memo read, adding that a discussion was ongoing among White House lawyers over the likelihood that they had "witnessed the president abuse his office for personal gain."

According to the whistleblower, multiple officials said that senior figures in the White House intervened to "lock down all records of the phone call," in particular, the official transcript's text.

White House officials told the whistleblower that they were "directed by White House lawyers" to remove the electronic transcript from the computer system" where it would be typically stored. 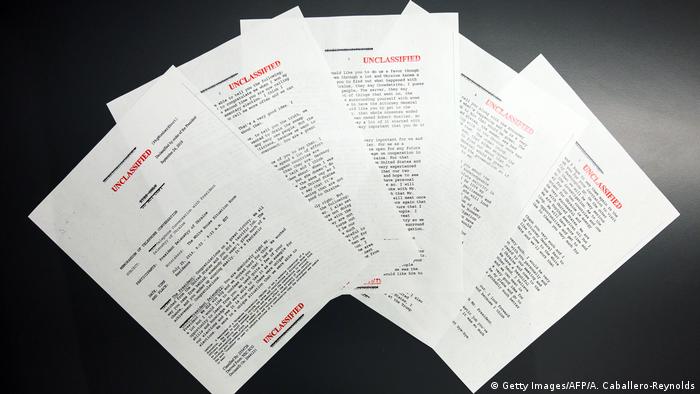 The intelligence community's inspector general, Michael Atkinson, received the whistleblower's complaint and after review, deemed it of "urgent concern."

Atkinson passed it along to Acting Director of National Intelligence Joseph Maguire, who then rejected the classification of "urgent concern," and effectively thwarted efforts to bring the complaint to Congress for investigation.

In the aftermath of the impeachment inquiry announcement, Maguire presented himself before US lawmakers on Thursday to discuss his reasoning and answer questions about the complaint.

Maguire told the committee that he did not know the identity of the whistleblower but that he felt the person was "acting in good faith."

"I think the whistleblower did the right thing," adding that the person followed the law "every step of the way."

Maguire told congress members that he had not seen any other whistleblower complaint in American history that "touched on such complicated and sensitive issues."

"I believe that this matter is unprecedented," he said.

Maguire did not provide an opinion on whether it was good or bad that a US citizen would seeking foreign assistance in an election, but had a strong stance against the overall topic.

"No one, none of us, is above the law in this country," he said.

"The great challenge that we face is not necessarily a kinetic strike with Russia, or China, or Iran, or North Korea. I think the greatest challenge that we do have is to maintain the integrity of our election system," Maguire added.