What you need to know about the Dutch election | Europe | News and current affairs from around the continent | DW | 05.03.2017

What you need to know about the Dutch election

The March 15 Dutch election could give a boost to anti-establishment populist parties across Europe. The anti-Islam, anti-EU candidate Geert Wilders is shaping the political debate in the Netherlands. 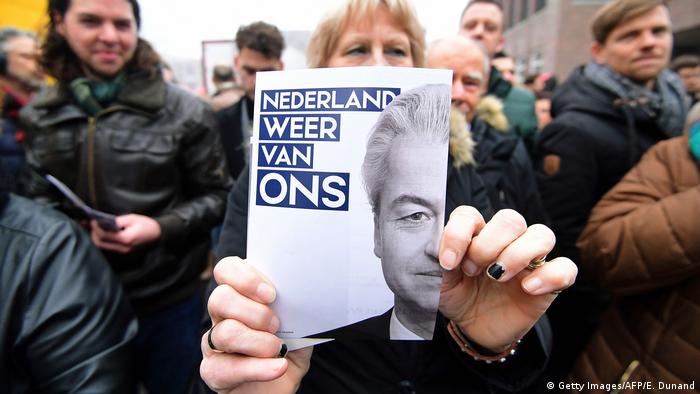 The Dutch will head to the polls on March 15 for a general election that is widely viewed as a  baromoter of populist strength in Europe ahead of votes in France and Germany later this year.

The vote comes after the UK's Brexit referendum and Donald Trump's victory in the United States, raising concerns for some that the Netherlands could be next domino to fall to an anti-establishment movement.

Historically an open trading nation, the Netherlands has long been known for liberalism and multiculturalism. But as elsewhere in Europe, a refugee influx since 2015, combined with anti-EU sentiment, has fueled the rise of an anti-immigrant movement: the Party for Freedom (PVV), led by firebrand nationalist Geert Wilders.

After enjoying a healthy lead for two years, the PVV is now polling neck and neck at about 16 percent with Prime Minister Mark Rutte's center-right People's Party for Freedom and Democracy (VVD), which is in a governing coalition with the Labor Party (PvdA). But even if the PVV comes out as the top party, none of the mainstream parties will enter a coalition with Wilders.

Wilders has nonetheless framed current and future political debates around his anti-Islam, anti-immigrant and euroskeptic rhetoric. He has drawn support from disgruntled voters concerned about crime, Dutch identity and what is viewed as overreach by bureaucrats in Brussels, especially with regard to immigration policy and austerity.

Read: Just who votes for Wilders and the Dutch Party of Freedom?

Geert Wilders is the PVV party's only member. The one-page party platform has one plan: "Instead of financing the entire world and people we don't want here, we'll spend the money on ordinary Dutch citizens."

The platform vows to "de-Islamize the Netherlands" by closing mosques, banning the Koran and shutting the door to immigrants from Muslim countries. He also wants to make the "Netherlands independent again" by withdrawing from the EU. In December he was convicted of inciting discrimination after spurring his supporters into a chant of "Fewer! Fewer! Fewer!" Moroccans in the Netherlands.

Incumbent Prime Minister Mark Rutte of the conservative VVD Party is Wilders' main rival. The pair will contest a live televised debate two days before the election. Rutte is attempting to claw back popularity lost during years of austerity by highlighting economic recovery in the country.

But by centering the political debate on immigration and the failures at integration, Wilders has also pushed mainstream parties to woo the right. In an open letter in newspapers in January, Rutte wrote that people who refuse to adapt Dutch values should "act normally or leave." 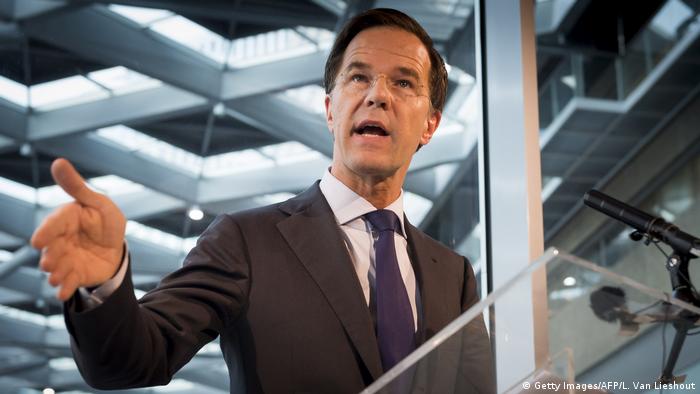 The election isn't only about immigration. After a stagnating economic performance of around zero percent between 2008 and 2014, the economy under Rutte has returned to growth above 2 percent. Unemployment is low and is expected to decline, wages are up and inflation is under 1 percent. Meanwhile, the housing market has improved, though prices remain below 2010 levels.

However, many lower- and middle-class voters feel as though they have taken the brunt of the Brussels-mandated austerity measures Rutte implemented in the wake of the 2008-09 financial crisis. Austerity did not dismantle social welfare, but slimmed it down, especially in health services and elderly care.

While an exit from the European Union as propogated by Wilders is unlikely, anti-EU sentiment is certainly prevalent. Last year, the Dutch voted against closer EU ties with Ukraine.

Read: Dutch Euroskeptics may have won a big one in low-turnout Ukraine vote

The number of asylum seekers to the Netherlands dropped by nearly a half last year to about 30,000, in part due to an EU refugee deal with Turkey and the closure of the Balkan route used by migrants to reach Europe.

The latest influx of migrants - mainly from the Middle East and Africa - accounts for only a small fraction of the non-Western population in the country. This suggests that the backlash against immigration is not only about new arrivals.

One complaint of PVV supporters is that the Dutch welfare system cannot handle new immigrants and that those already in the country are a drain on resources. Candidates are elected from party lists based on a single nationwide constituency according proportional representation, with about 0.67 percent of the vote accounting for one seat.

Twenty-eight parties are vying for 150 seats in the lower parliament, or the Tweede Kamer. They range from traditional center-right and leftist parties to special-interest parties focused on animal rights and pensioners.

There has always been a plethora of Dutch parties, but the political field has traditionally been dominated by three main parties from the left and center-right. Yet, over the past decades, in a manner similar to trends in other parts of Europe, the three major parties have lost ground to other political movements. The 2017 election is marked not only by a proliferation of parties, but also by a split electorate. It is the fractionalization of political support that could see the PVV become the largest party, even if it gets only 15-20 percent.

In addition to the main contenders, the VVD and PVV, there are five other parties polling around 10 percent. As many as 14 parties could be represented in parliament. That means the Netherlands is likely to see a complicated and drawn-out coalition formation process with four or five parties trying to govern without Wilders.

Read: Will the Dutch populists win even if they lose? The party of Trudeau look-alike Jesse Klaver is trying to woo undecided voters two weeks ahead of the elections. Right-wing populist Wilders dominates the debate while Premier Rutte keeps fighting for political survival. (02.03.2017)