Western companies leave Russia — taking Russian jobs with them | Europe | News and current affairs from around the continent | DW | 05.05.2022

More and more Russians are losing their jobs due to Western sanctions on Russia, and some are having to painfully rethink their future. With some sanctions' effects yet to be felt, the number of unemployed could grow. 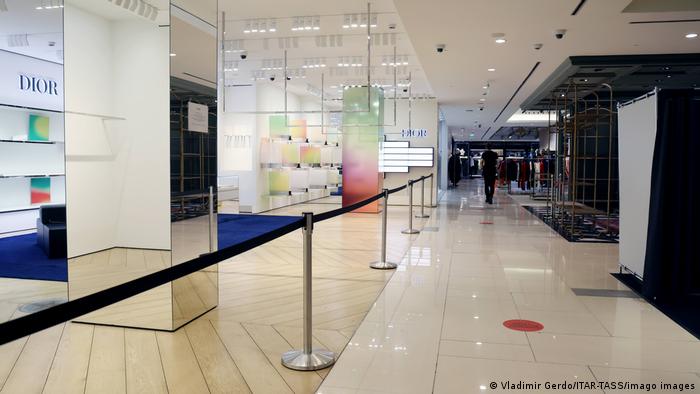 Closed stores in Russia mean no need for sales staff

Until mid-January, Alexander (name changed) worked 12-hour night shifts in a factory and took home 35,000 rubles ($506, €480) per month. The 22-year-old student from the Saratov region, in southwestern Russia, wanted to become a pilot, but when medical reasons made this impossible, he set his sights on becoming a flight attendant instead.

He came across a job advertisement for a Russian airline and immediately applied. He was invited for an interview and a practical test in Volgograd, both of which went well. By this time, Alexander had already quit his job in the factory. The airline offered him good terms — a training course in Moscow followed by a contract position with a monthly salary of around 100,000 rubles ($1,445, €1,370). 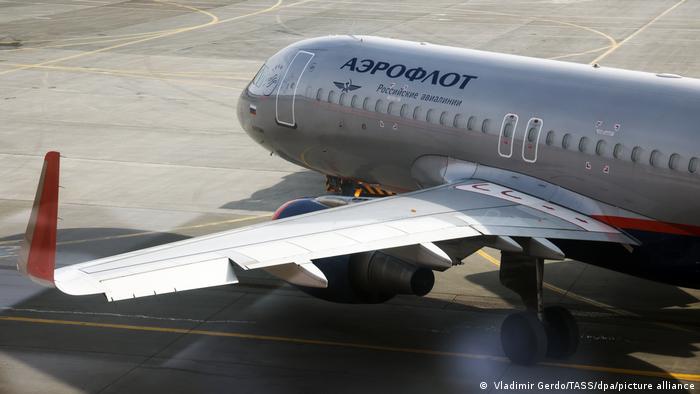 Russia's aviation industry has been severly impacted by western sanctions

But he never got to do the training. On February 24, Russia launched its invasion of Ukraine — and foreign companies began to leave the Russian market. Western sanctions against hundreds of individuals and companies, including airlines, were also adopted. In addition, the West closed its airspace to Russian planes and banned the sale, delivery and transfer of planes and replacement parts to Russia. This caused aviation leasing companies to terminate the contracts for planes in Russia, but Russian companies did not relinquish their vehicles. However, these leased planes now fly only a few domestic routes.

Alexander's training and his subsequent employment were canceled. He doesn't think it makes sense to apply for jobs with other airlines: "The planes aren't going through normal maintenance checks, replacement parts aren't being delivered, so the condition of these planes that are in the air just isn't clear. The risks are too high for me."

Back to the economy of the 90s

Tatiana Mikhailova, an economist and lecturer at the New Economic School in Moscow, says that sanctions will have long-term effects, including the exclusion of Russia from global supply chains, and that the restrictions will lead to isolation and technological holdups.

"The aviation industry is already yelling that it won't have any more replacement parts in six months. Other industries will experience the same development," Mikhailova said. She expects the Russian economy will backslide to how it was in the 90s.

She emphasized that sanctions would hit all the sectors of the Russian economy that use foreign components, like the automobile industry, the pharmaceutical sector and even agriculture, which sources seed from abroad.

"Businesses will be forced to close and fire employees. Demand for goods and services will decrease, because the population will be poorer, and that will affect every sector, even down to hairdressers," Mikhailova said. 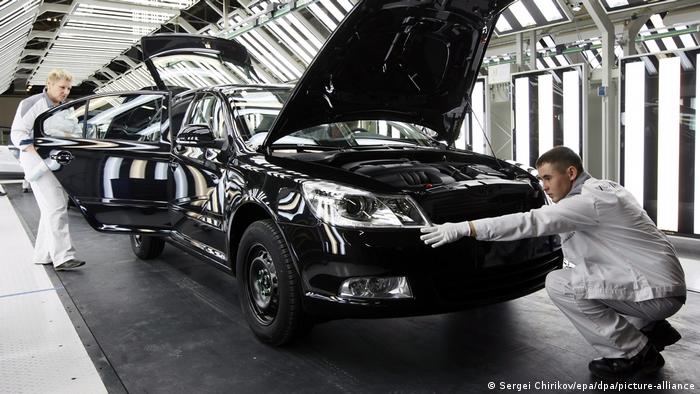 Sanctions are affecting all parts of the Russian economy, like this VW plant in Kaluga

According to the expert, many Russians are already losing their jobs or are unable to find new ones because the demand for skilled workers is decreasing. She says people in Moscow are being hit particularly hard, because many of them work in the finance sector or in services, marketing and advertising. According to figures from Moscow Mayor Sergey Sobyanin, some 200,000 people in the Russian capital alone could lose their jobs due to foreign companies moving away.

A Moscow resident: One of the first to lose her job

Aliona (name changed), a 19-year-old Moscow resident, worked as a salesperson at the Spanish clothing chain Zara. The job fit well with her university studies. But in early March, the company told its employees that all stores in Russia would be closing, and that no one needed to come into work anymore. "My coworkers and I had been expecting this, but not so quickly," Aliona said.

She still receives two-thirds of her wages, and her annual vacation days are being paid. "My situation's not the worst. I only worked there for the money and wanted to quit soon, anyway. Now I want to focus on my self-development and find a profession that I like," says Aliona, who is currently doing a training course in design. 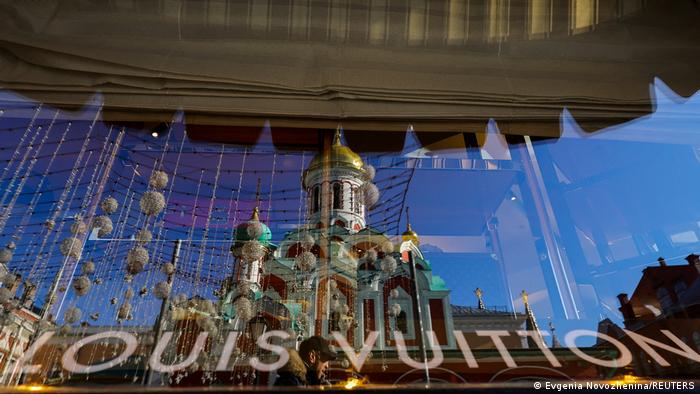 Many high-end luxury stores have closed in Russia

Marina (name change) also wants a job, in which she can develop more. The 30-year-old Moscow resident currently works in digital marketing. Last winter, she was told by a company where she had long wanted to work that there was a position for her. But when Russia's war in Ukraine began, the management suddenly said it would not be hiring anyone new.

This greatly upset Marina. "Of course, I would love to find a similar position, but that's unrealistic in the near future. Many companies are reducing staff, and in general the demand for new employees has significantly let up, especially in marketing," she said. Right now, it's not about individual fulfillment but about finding a source of income, she added. "You have to be glad about every opportunity to earn something extra," she emphasized.

Mass unemployment by the year's end

Forbes recently reported that more than 600,000 jobs could be lost in Russia by the end of the year. For Alexander, losing his job came with major emotional side effects.

"If I hadn't had passed the test, it would have been my own fault, and I could have remedied that. But something happened that I couldn't have predicted and that I can't change, and that hurts," he said. Alexander now wants to first do some higher studies and then look for a job. His parents are helping him out with money. 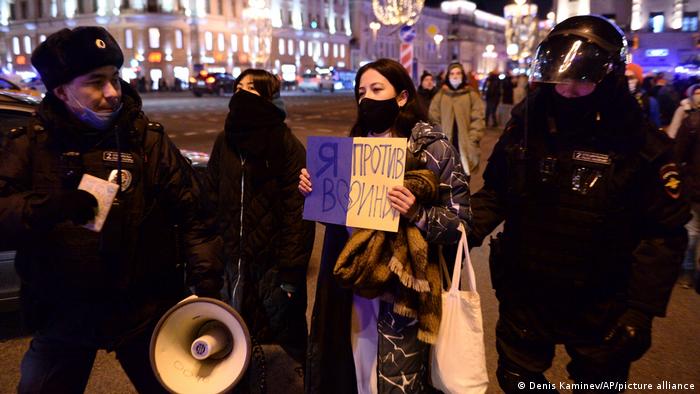 None of the individuals who spoke to DW support Russia's war in Ukraine, and all have thought about leaving their country. "We've had some general thoughts about moving, but we're not planning to leave Russia at this time. But we'll keep the possibility in mind," Marina said.

Aliona first wants to get a degree from a Russian university and then she wants to move to Germany.

Alexander's time in the Russian capital was supposed to be stepping-stone to somewhere. "I thought it would offer me opportunities," he said. After Moscow, he was planning to go abroad. "But it's much more complicated now. Prices have gone up, but salaries have remained the same, and people aren't happy about this. But instead of holding the Russian government responsible, they blame the people behind the sanctions," Alexander criticized. He admits that he really wants to leave, but it's difficult for him to talk about this.

Some of DW's interview partners requested for reasons of personal safety that their full names not be published.

Which companies have pulled out of Russia over the Ukraine invasion?