Welcome to the campaign jungle: Election posters take over Germany′s streets | Germany | News and in-depth reporting from Berlin and beyond | DW | 09.08.2017

Too much sloganeering, not enough face? Conventional or xenophobic? DW dissects Germany's election placards with the help of media psychologist Ingo Hamm.

"Less is more," goes the saying. But this certainly isn't the mantra for any of Germany's election campaigners. Seven weeks ahead of the federal vote, Germany's streets are transformed overnight as political parties plaster their campaign placards everywhere. Entire roads and avenues are covered with slogans and oversized faces of party candidates. The election is finally upon us.

With many of Germany's main political parties currently facing an identity crisis after years of swaying to the left and jumping to the right, it's difficult at first glance to differentiate many of the slogans: "For good jobs and good wages," "More personnel in care and nursing," "Education shouldn't cost anything, except a bit of effort." It's difficult to pinpoint exactly which party is behind them. (It was the conservative Christian Democrats (CDU), the Left party and the center-left Social Democrats (SPD), respectively, in case you were wondering). 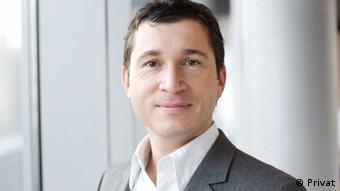 But while the message might not always be clear, the traditional election placards offer voters an overview of the party pledges. In the era of social media and on-demand news, it's easy to forget the 20 percent of Germans who are still inactive online. For many, the placards act as a reminder that there's even a vote on September 24.

While placards only play a small role in the delivery of party manifestos, a lot can be conveyed in a face, a text font or a slogan. So what makes the perfect placard? We spoke to Ingo Hamm, media psychologist at the University of Darmstadt to dissect the good, the bad and the ugly of 2017's election posters.

Top of the list are German Chancellor Angela Merkel's Christian Democrats (CDU). After three terms in office, the chancellor should be an old hand at the election posters. "The decision to use a deconstructed German flag was really quite courageous of the CDU," Hamm told DW. "It's a 'logo,' so to speak, which everyone already knows. The CDU is effectively presenting itself 'as Germany.'"

Hamm is less than enamored, however, by Merkel's "conventional" choice of photograph. "This could simply be an old archive photo found in a drawer."

"The slogan was also unnecessary," Hamm says. "Merkel is already known and presents a message in herself." Merkel's Christian Democrats keep it conventional: "For a Germany in which we live well and love to live in."

After months of selling himself as "the underdog," Social Democratic candidate Martin Schulz has shifted from purely being "a man of the people" to "a statesman." Appearing in a suit and tie gives him a presence that says he's "worthy of office," according to Hamm. At the same time, Schulz is seen to be deep in conversation. "He's listening to the people."

As with the CDU, however, Hamm says the slogan is redundant. Words such as "future" and "ideas" could be exchanged for any other party poster. "The power of images shouldn't be underestimated," the media psychologist added. In another SPD poster, however, its worth noting that the party appears to have purposely chosen a female mechanic. "This is an effective way of portraying their mission for gender equality," Hamm said. In comparison, Merkel's CDU opted for a male craftsperson. "This doesn't signify any discrimination on the CDU's part," Hamm added. "Just that the SPD made the conscious decision to use a female." 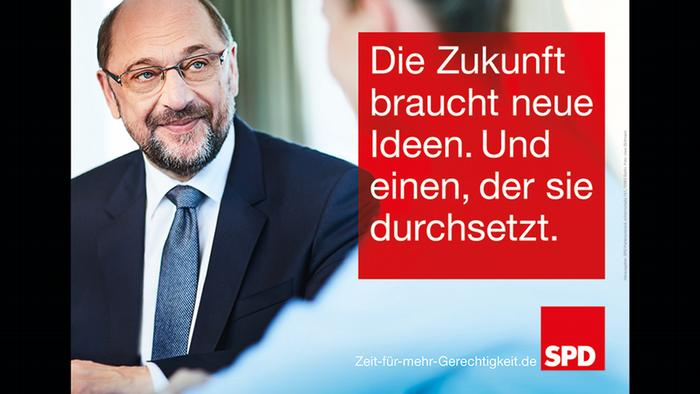 Suited and booted: "The future needs ideas. And someone who implements them."

They say stick to what you know. And the Green party has done exactly that: Green background, freedom, environment. "The Greens have done a good job. The posters are really quite chic," Hamm said, adding that the new addition of hot pink to the Greens campaign color palette was a "bold" but effective decision. As with all the parties, the Greens should have let the pictures do the talking, Hamm criticized. "The Greens have used strong symbols: a dove symbolizing peace, the earth for the environment. Why not let them speak for themselves?"

Why the German Green party is wilting

Hamm praised the Greens, however, for their "authentic" posters featuring main candidates Katrin Göring-Eckardt and Cem Özdemir. "They don't look like they've come straight out of a photoshoot," he added. 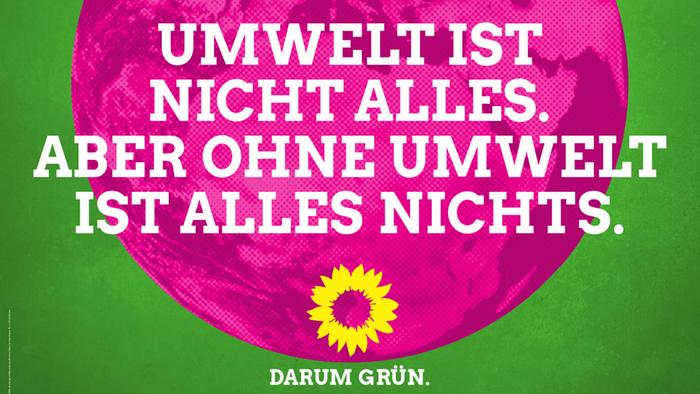 "Environment isn't everything. But without the environment all is nothing."

"Maybe it was their aim to work with different typography," Hamm said. If that was the case, The Left (Die Linke) certainly achieved their goal, giving any high school project a run for its money. "Altbacken," which translates as "frumpy" is how Hamm described The Left party posters. "When you compare this to the FDP, it's almost as if they tried to create a modern poster, and instead ended up with something from the late 90s." 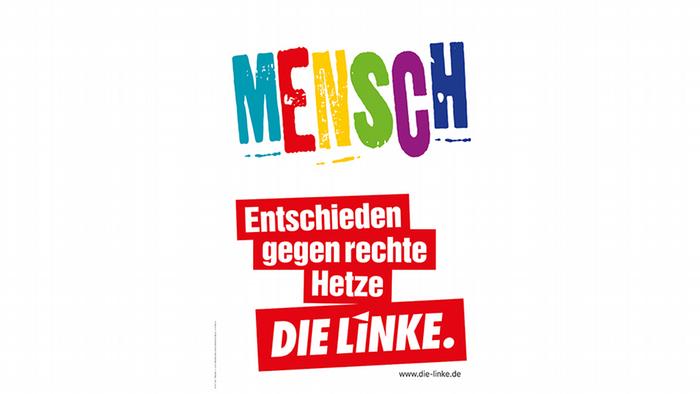 No, you're not looking at the autumn/winter edition of Vogue. This is Christian Lindner, the main candidate for the free-market liberals, the FDP. "It goes without saying that the FDP has created a really modern campaign," Hamm said. "The color, the font, the black and white photography. But it could really pass as a perfume advert!" The focus on Linder could also come across as a bit narcissistic though, the media psychologist added.

But campaigns cannot live on poster boy alone. "There's far too much text," Hamm noted, adding that the "small print" in the middle is particularly irritating. "Such small text sends out two different messages: either 'We have something to hide' or 'We have a lot to say.' But an election poster isn't the time or place to say it." After decades of being associated with the color yellow, Hamm felt the FDP also risks confusing some voters by adopting the new hues of hot pink and blue. 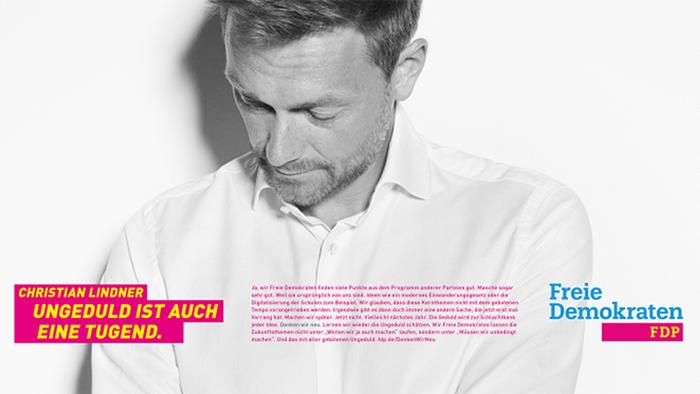 "Impatience is also a virtue." But what's in your small print, Mr. Lindner?

The prize for most controversial placards goes, without doubt, to the right-wing AfD. "This could well be a case for Germany's advertising regulation council," Hamm says. From afar, the poster showing a smiling, pregnant woman seems innocent until the slogan becomes legible: "New Germans? We make them ourselves."

Hamm says the poster is not only darkly nationalist but also discriminatory toward women. "Using the word 'machen' (to make) provokes the idea that women are like machines. This is in bizarre contrast to the photo of the happy, pregnant woman." But it doesn't stop there. In another poster, set against the background image of three bikini-clad women, the AfD asks: "Burkas? We like bikinis."

10 things you need to know about Germany's right-wing AfD

"These posters could even push away some of the AfD voters who wanted to vote for the nationalist party on economic grounds." The slogan "Trau dich, Deutschland," which loosely translates as "Take heart, Germany" also appears at the bottom of every AfD poster. "It isn't clear what this even means," Hamm said. "On the one hand, it could be interpreted as be 'courageous' but on the other, it's like a call to take action. It's what you hear parents telling their children when they're struggling on the climbing frame." 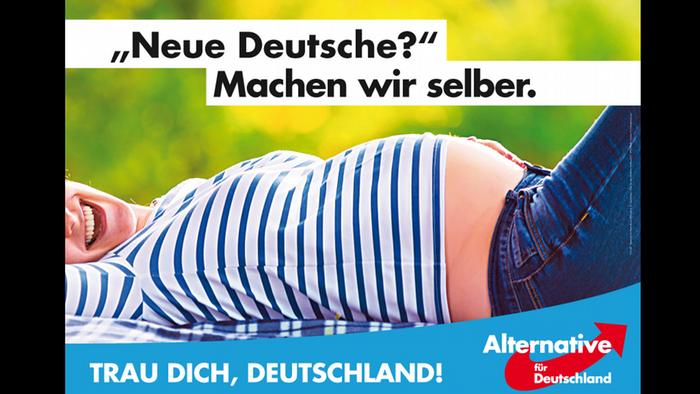 Xenophobic and sexist? The AfD doesn't do things by halves: "New Germans? We make them ourselves."

Ingo Hamm is a professor of Market, Consumer and Media Psychology at the University of Darmstadt, in southwestern Germany.