Web inventor Tim Berners-Lee unveils plan to save the internet 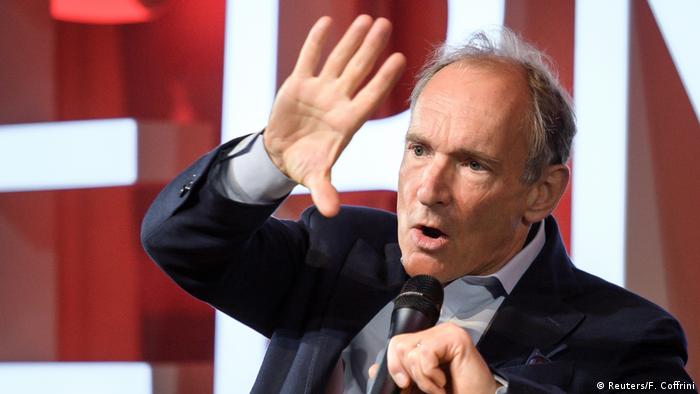 Tim Berners-Lee, a British engineer credited with having invented the World Wide Web in 1989, has released an ambitious plan detailing steps for better online governance, addressing problems like misinformation, data surveillance and censorship.

The Contract for the Web was created by Berners-Lee's World Wide Web Foundation in cooperation with representatives from governments, companies and civil society to "keep knowledge freely available," while strengthening laws, regulations and companies "to ensure pursuit of profit is not at the expense of human rights and democracy."

"If we don't act now — and act together — to prevent the web being misused by those who want to exploit, divide and undermine, we are at risk of squandering" its potential for good, Berners-Lee said in a statement released by the WWW Foundation on Monday.

Read more: Who gets to participate in the online revolution?

The plan is backed by more than 150 organizations, including internet giants like Google, Microsoft and Facebook, along with interest groups like Reporters Without Borders. The governments of Germany and France have also indicated their support for the plan.

"I will stand up for the preservation of the free internet that we have grown to know and love in recent decades," German Economy Minister Peter Altmaier said in a statement released ahead of the UN Internet Governance Forum, being held this week in Berlin. Berners-Lee is due to speak at the forum on Monday.

Although the contract is not legally binding, it proposes frameworks for national laws that would protect online privacy and personal data.

The WWW Foundation criticizes current laws and institutions that it says fall short of protecting citizens and preventing the abuse of the technology in society, business and politics.

'Tipping point' for the internet?

"The web needs radical intervention from all those who have power over its future," Berners-Lee wrote in a statement published Sunday night by the The New York Times.

"We're at a tipping point. How we respond to this abuse will determine whether the web lives up to its potential as a global force for good or leads us into a digital dystopia."

Berners-Lee also defended including Google and Facebook in composing the Contract for the Web. The companies have faced criticism from civil society for their data-collecting business models, and sensation-rewarding algorithms have been blamed for spreading misinformation and violating user data privacy.

"Having them in the room is really important," Berners-Lee said. "We feel that companies and governments deserve equal seats at the table.

"Citizens must hold those in power accountable, demand their digital rights be respected and help foster healthy conversation online."

With new copyright filters in the EU, platforms like YouTube will have to filter uploads for copyright infringements. Critics fear the end of memes and say this will destroy the internet as we know it. (25.06.2018)

Holochain's designers want to change the world. They say apps built on their new peer-to-peer platform could replace not just blockchain, but centralized apps like Facebook too. Is the hype justified? (08.11.2018)