Move over, blockchain: Holochain is coming | Business | Economy and finance news from a German perspective | DW | 08.11.2018

Holochain's designers want to change the world. They say apps built on their new peer-to-peer platform could replace not just blockchain, but centralized apps like Facebook too. Is the hype justified? 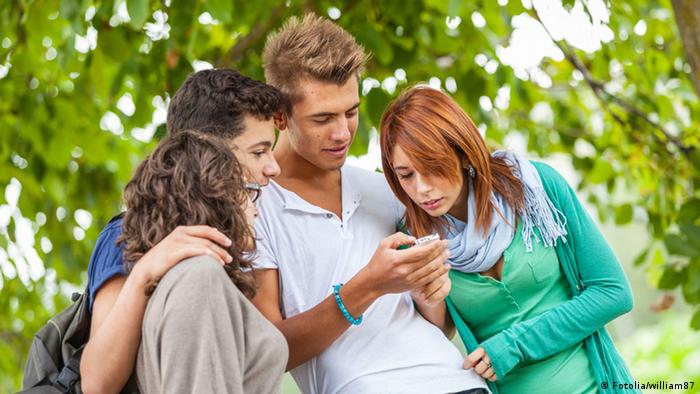 Holochain, its designers say, may become the most important new enabling technology in networked computing since Tim Berners-Lee invented the WWW internet communications protocol in 1990. Holochain is a new, rival internet protocol that could enable its users to regain their online privacy.

"I think this is going to be a bigger game changer than we can imagine," Arthur Brock says. Brock, an American software engineer, is one of Holochain's founding designers, together with Eric Harris-Braun.

Like Berners-Lee's WWW, holochain is a protocol for encrypted computer communications — a system for enabling computers to talk to each other. But the WWW runs mostly on corporate server farms. On the WWW, your smartphone or laptop calls up Facebook, Baidu or Google's corporate servers, and sends and receives packets of data back and forth. Most computing and data storage is done on those corporate servers — in the corporate "cloud."

In contrast, holochain is designed to run entirely on distributed networks of home computers and smartphones, on a peer-to-peer, give-and-take basis.

All kinds of apps

Because apps built using the holochain protocol will live exclusively on distributed networks of consumer-owned computers, these apps won't need to interact with corporate server farms at all. That means the corporations that own those server farms won't be able to strip-mine your personal data as it passes through their corporate computers, because your data won't pass through those computers.

That's what this is about. The makers of holochain are idealists who want to give us our privacy back. And tech people are starting to realize that holochain technology may really be up to the challenge.

Over the past 15 years or so, the online world has become the place where privacy went to die. The Web is now a panopticon, dominated by an oligarchy of all-seeing, all-knowing megacorporations which harvest and store vast amounts of personal data.

In their pursuit of boosting advertising revenues by charging advertisers fees for serving us ever more precisely targeted ads, corporations like Facebook, Google, Twitter or Baidu automatically record and evaluate our social media interactions, our web searches, our digital photographs, our GPS locations, our subscriptions, our online video viewing choices, our emails, our phone calls, our every click and word.

"We are the product on Facebook," says Eric Harris-Braun. "The real thing that's going on with Facebook is they're selling our profiles to advertisers."

What Brock, Harris-Braun and their team are trying to do by routing your personal data away from corporate server farms altogether is to give you back your control over your personal data. "Holochain is agent-centric rather than data-centric," Brock says. "You're the agent. You decide where your data goes, and who gets to see it."

Holochain has been more than a decade in the making. It was already in early development even before Satoshi Nakamoto released the original white paper proposing the blockchain system and its first killer app, Bitcoin, in 2008.

Blockchain has generated enormous excitement over the past 10 years, but recently, it has dawned on its enthusiasts that this technology has serious limitations and flaws. Above all, blockchain scales poorly; its design ensures that each node of the chain must store the entire ledger. The process of extending the ledger gets ever more computationally intensive over time.

Holochain's core group of designers set out to build something with none of those design flaws, and they appear to have succeeded. According to Arthur Brock, holochain transactions are tens of thousands of times cheaper and more efficient, in computational and energy terms, than Blockchain transactions.

The Holochain designer team launched an ICO (Initial Coin Offering) in early 2018, successfully raising several million dollars, and released a beta version of holochain. They're not looking to get rich, Brock and Harris-Braun say; they're looking to empower the crowd. Their focus now is on hosting Holochain "hackathons" in cities around the world, recruiting developers to create peer-to-peer networked apps. If and when the first big killer app takes root, holochain is likely to become unstoppable.

The technology that made bitcoin possible could solve key challenges of a renewables-based energy system. The race is on to radically change how to we consume and generate power. (29.03.2018)

Artificial intelligence, or the end of the world as we know it

How dangerous is AI's exponential growth? Is any job immune to automation? DW spoke to technologists and historians to better understand some of the technological and societal upheavals humanity is facing. (26.10.2018)

Blockchain legacy to live on after bitcoin bubble bursts