Berlin comes of age as blockchain mecca | Germany | News and in-depth reporting from Berlin and beyond | DW | 28.10.2018

The German capital is fast becoming a major center for the development of cryptocurrency systems. The Longhash Crypto Festival held in the city brought together participants from across the world. 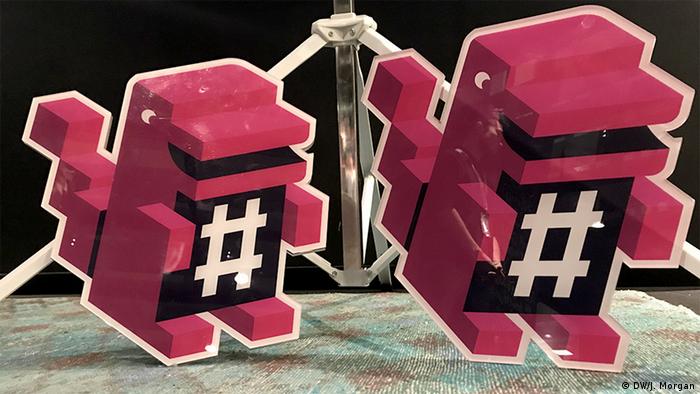 Berlin has emerged as a contender for the crown of Europe's crypto capital, building on anarchistic roots to become a global hub for the blockchain.

The Longhash Crypto Festival Berlin, which took place between October 26 and October 29, promoted innovation among programmers, attracting participants from Asia, eastern Europe and the US.

Participants in the two-day event completed a series of challenges such as building applications enabling the safe storage of a private key for a cryptocurrency and building a cold wallet, a tool for the safe storage of cryptocurrencies. Developers huddled over laptops until the early hours of Sunday morning, tapping in code at the offices of Rent24, a co-working space in Berlin that hosted the contest.

Participant Diana Rees, CEO at zkSystems in Berlin, said the contest was a great example of the "collaborative spirit" and "technical depth" that characterizes the Berlin blockchain scene.

"Berlin has one of the most dynamic crypto communities in Europe, which is why we are focusing so much of our energy here," said Emily Parker, co-founder of Longhash in New York. 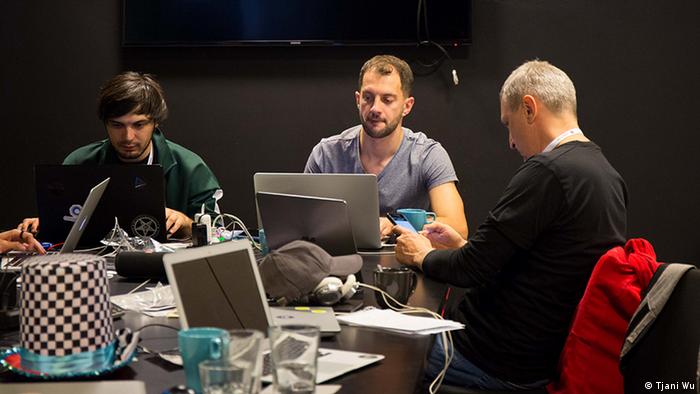 Bonex were competing in the hackathon developing a single app

"Especially with Brexit, Germany is now attracting a lot of talent and funding from everywhere," said Jasmine Zhang, Berlin-based CEO of LongHash Germany, a blockchain accelerator. "Berlin is really attractive with a low cost of living and so many co-working spaces and also really good projects that can attract people to come here."

The German capital has long established itself as a popular destination among the so-called Easyjetset of partygoers who are drawn to the city's many nightspots, including the Berghain, Europe's biggest electronic nightclub. Still, the city, famously described as "poor, but sexy" by the city's former mayor, Klaus Wowereit, has lagged behind other German cities in business.

But things are changing fast. A wave of developers, programmers and entrepreneurs are helping to build a rich blockchain ecosystem there. Berlin is going toe-to-toe with Hong Kong, London, New York, San Francisco and Singapore in a bid to claim the fiercely contested title of crypto capital of the world.

"Meetups are so crowded and you meet people from different companies and different backgrounds," said Zhang. "It is a very open ecosystem. People like to work together and partner with each other. People are excited about blockchain and crypto. No matter if it is a bear or bull market."

Why is Berlin "Poor, but Sexy"?

The blockchain functions as a digital ledger that stores information in a distributed manner. Functioning much the same as an online spreadsheet that is duplicated and shared across multiple users, a decentralized functionality means every time the spreadsheet is updated, users who have a copy will have theirs updated as well.  Adherents say the technology can disrupt the financial system and even one day displace banks as the central points overseeing transactions between different parties.

Still, the market capitalization of cryptocurrencies has plummeted from about $800 billion (€700.25 billion) in January 2018 to about $200 billion, approximately three-quarters of its value. Bitcoin, the world's biggest cryptocurrency, has sunk from $19,000 in December to about $6,500. Several crypto hedge funds have recently closed, according to Protos Asset Management in Zurich.

While recent adherents to bitcoin are often drawn to the technology by the hope of making some fast money, proponents in the early days were motivated by challenging the dominance of central banks and taking on the global financial system. Berlin played a central role in these anarchistic roots.

Gavin Wood, a British programmer, was a co-founder of Ethereum, a contract-orientated programming language for writing smart contracts. He currently serves as the CTO and chairman of Parity Technologies, a specialist in building core blockchain infrastructure. Jutta Steiner, the co-founder and CEO of Parity in Berlin, highlighted a recent initiative using the Ethereum protocol aimed at distributing aid to refugees. She said the technology is reliable, having been "hardened in the most adversarial environment of the public internet."

In the early days, Room 77, a bar in the city's hip Kreuzberg district, hosted anarchists and libertarians who would discuss crypto over pilsner beer. The bar accepted the first bitcoin transaction for a beer in the summer of 2011.

Now, developers working on new applications for the technology want to work with big business and government, according to Zhang. "You actually see more of a willingness to work with government and authorities," she said. Indeed, Berlin-based EOS, a blockchain operating system for commercial-scale decentralized applications, is ranked fifth in the world with a market capitalization of $4.9 billion. IOTA, which has created a transactional settlement for the Internet of Things (IoT), is among the leading cryptocurrencies with a market capitalization of $1.3 billion.