Rebiya Kadeer, the exiled leader of the World Uighur Congress, is in Japan to draw attention to the struggle of her people in China. In a DW interview she says her people will continue fighting for independence. 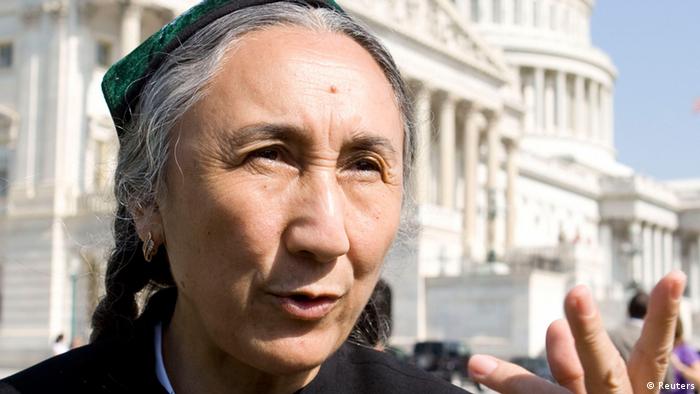 Born in poverty in the city of Altay, Kadeer built her own laundry business and became one of the five richest people in China before being arrested on suspicion of supporting the independence movement for the Uighur people, who live in the northwestern Xinjiang Autonomous Region of China.

Tried and found guilty in 2000 of leaking state secrets, her case caused international outrage and she was released on medical grounds in 2005 and permitted to settle in the United States.

DW: Have there been any signs of improvements under the leadership of new Chinese President Xi Jinping?

Rebiya Kadeer: Since Xi took over as president, policies on ethnic minorities have become tougher than ever before. China has many domestic problems now and they are becoming very serious, so they have to show the rest of the people that the government is still powerful. They give the Han Chinese nationalistic ideas, but I think the people of China are opening their eyes and minds and realizing what is really happening in the Chinese government today.

What do you want from Beijing? Is it independence or just the right to live in peace within Greater China?

We will fight until Beijing grants us the right to self-determination. We have suffered under the Chinese government and it is important that we achieve independence under international law and through self-determination. If China wants to talk to us, then we can do that in a way that both sides understand, so that we can live in a peaceful society with all the other ethnic groups. 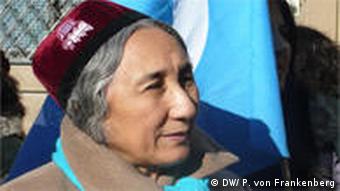 Kadeer: 'I hope that other Arab countries will help us'

How do you plan to achieve this?

The Uighur people have participated in peaceful human rights activities in China, but that is becoming harder now. I hope the rest of the world will be able to help us. It is the same for the people of Tibet and the Mongolian region. We have to stop the Chinese government's assimilation policies as soon as possible. I came to Japan to explain what is happening in China, so that people can understand what is happening to us. I hope I will be able to get the support of the Japanese government and people.

Have you received any support from Islamic countries?

I have already provided information to Islamic nations and organisations about how religious schools are being closed by the Chinese authorities, how their teachers and students are being arrested and imprisoned. I have told them how, during the holy month of Ramadan, Chinese soldiers go into Uighur homes and force people to drink alcohol and eat.

The new rules stipulate that only people over the age of 80 can go into mosques. I want Islamic groups and nations to extend their support to us, but so far they have not helped us. More than 60 countries from around the world signed a document condemning the Burmese government's treatment of its Muslim minority, while in our country more than 10,000 of our people have been detained or are missing.

I hope that other Arab countries will help us. I want them to come to Xinjiang to learn about our situation and then share what they discover with the rest of the world. I hope that other Islamic governments will talk with the Chinese government about Uighur society, our traditions and support our cause.

Are you welcomed in Islamic countries?

They don't allow me or other members of the World Uighur Congress to visit because they have been told by the Chinese government that we are a terrorist organization and they believe what Beijing says. The Chinese government has sent out a list of 22 names - my name is on the top of that list - and now Islamic countries do not allow us in.

One Month Since Xinjiang Unrest

Bloody riots broke out a month ago in the northwestern Chinese province of Xinjiang. The figures are still unknown. The Chinese authorities say 197 people died in the clashes between Han Chinese -- the majority population in China -- and Uighurs -- a Muslim minority. The government has accused the Munich-based World Uighur Congress of inciting the violence. A climate of fear currently reigns over the city of Urumqi where the riots broke out. (05.08.2009)

Western countries, on the other hand, always let us enter. Our chairman (Riza Bekin), who now lives in Turkey, used to go to Saudi Arabia, but he is not able to go there anymore because he is on the Chinese government's list.

I hope the rest of the world - but particularly Islamic nations - will learn about our situation and stop listening to what Beijing says. Our Muslim brothers should not just follow Chinese policy. The Chinese government is killing us Uighurs because we are Muslim. I want Islamic countries to understand this. For us, it is very easy to find asylum in Western countries when we escape from our homeland. But if we try to go into exile in an Islamic nation, they send us back to China.

How do you respond to Beijing's claim that there has been an upsurge in Islamic fundamentalism in Uighur regions?

We are simply following Islamic rules. This land belongs to the Uighur people and the people of the land believe in Islam. We pray and we follow the rules of Islam; we fast during Ramadan. So even if the Chinese policy is against us, we will follow our traditions.

If you are granted self-determination, what will be your policy towards the Han Chinese community?

If we achieve our goal of self-determination, our policy will be democracy. We would welcome Han Chinese and other ethnic groups who want to live in this area. We want a peaceful and just society because we have suffered for too long under the Chinese Communist Party.