Despite an abundance of water in Pakistan a few decades ago, lagging policies have raised the prospect of water scarcity that could threaten the economy. DW speaks to Michael Kugelman about the severity of the situation. 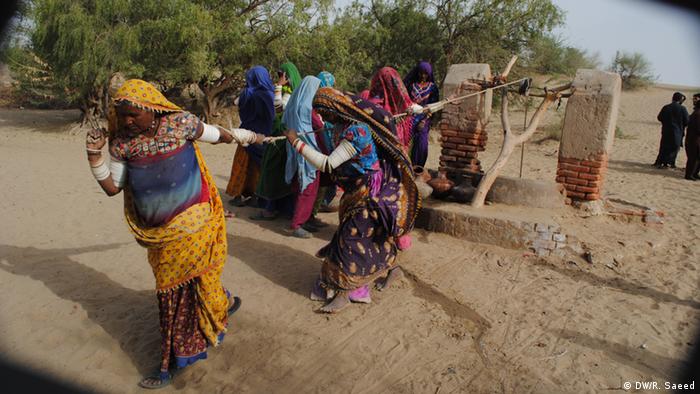 The bulk of Pakistan's farmland is irrigated through a canal system, but the IMF says in a recent report canal water is vastly underpriced, recovering only one-quarter of annual operating and maintenance costs. Meanwhile, agriculture, which consumes almost all annual available surface water, is largely untaxed.

In a DW interview, Michael Kugelman, South Asia expert at the Washington-based Woodrow Wilson Center, talks about the reasons behind the mismanagement of water in the South Asian nation, the consequences of this aggressive water consumption as well as potential solutions.

Kugelman: 'You can't have a sustainable economy if it doesn't have enough water to power it'

Michael Kugelman: Pakistan is approaching the scarcity threshold for water. What is even more disturbing is that groundwater supplies - the last resort of water supply - are being rapidly depleted. And worst of all is that the authorities have given no indication that they plan to do anything about any of this.

This is what should be keeping us up at night. Some may say that loose nukes and Islamist militant takeovers are the big fear for Pakistan. For me, the nightmare is water scarcity, because in Pakistan it is very real and already upon us.

What are the reasons for this?

There are three major reasons. One is bad water management. Existing resources simply aren't used very judiciously. Because people generally don't have to pay for water, there is no incentive to use it sparingly. This is why farmers flood their fields with irrigation water, and urban industries consume well more than they need. Also, water infrastructure is in bad shape, leading to leaky canals and dams.

The second reason for the crisis is population growth. As the population has risen rapidly, demand cannot be met. And the third, more recent, reason is climate change. Himalayan glaciers, which feed much of Pakistan's water supply, are melting rapidly. This leaves much less water on the whole. Riverbeds are drying up across the country. Put together, you have immense demand, aggressive consumption, and inefficient use. The result is intense water stress.

Pakistan has been reeling under a sweltering heat wave in recent days, resulting in hundreds of deaths. The country's dire electricity situation has aggravated the people's misery, as economist Rajiv Biswas tells DW. (24.06.2015)

The death toll from a heat wave in southern Pakistan has risen to more than 450 over the past three days, and hospitals are overflowing. Power outages have exacerbated the problem, shutting down water supplies. (23.06.2015)

How is this already affecting the lives of millions of Pakistanis?

Water is the life force of humanity, and so everyone suffers when it becomes so precious. In a poor country like Pakistan, many cannot turn to bottled water as an alternative. Also, farmers - one of the top sources of employment in Pakistan -are running out of irrigation water and having their livelihoods imperiled. Making everything worse is the fact that the authorities simply don't seem interested in tackling this crisis.

What are the potential political and economic implications of this development?

The economic implications are clear: You can't have a sustainable economy if it doesn't have enough water to power it. But that's exactly what's happening. Agriculture, which is the major contributor to the economy, is deeply imperiled by water loss.

The political implications have yet to be determined, but we can expect that if nothing is done and the situation gets worse, pressure on the political leadership will intensify. In the years ahead, this could lead to unrest-and, if things get sufficiently out of hand, perhaps even a military takeover. None of this can be ruled out, such is the seriousness of the situation.

What are possible solutions to Pakistan's water crisis?

The tough thing is that there is no silver bullet. A series of measures need to be taken. First of all, however, Pakistan's leaders and stakeholders need to take ownership of this challenge and declare their intention to tackle it. Simply blaming previous governments, or blaming India, for the crisis won't solve anything.

Next, the government needs to institute a major paradigm shift that promotes more judicious use of water-this entails more aggressive water infrastructure maintenance regimes, more water-conserving technologies and methods such as drip irrigation, and raising awareness among the public about the importance of conservation. Once people are willing to conserve, we should see more of the small-scale conservation efforts already in place, such as rainwater harvesting and wastewater reuse. 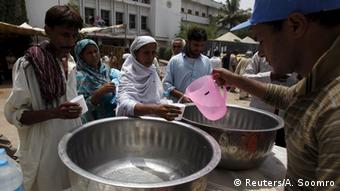 Kugelman: 'People will have an incentive to conserve water if they know they have to pay for it'

How important is the pricing issue in this context and how difficult will it be for the government to raise water prices?

Pricing reform is also essential. People will have an incentive to conserve water if they know they have to pay for it. To be sure, instituting water pricing reform would be a politically explosive step. The key is to establish a pricing scale aligned to income, so that people are charged water based on household income level.

This way, the poor would pay less than the rich. And of course people should be billed based on how much they use. If pricing plans are successfully put in place, and if people pay their bills - which is a big if - then the government would have more revenue in hand. Some of this revenue could be used for support programs to help the poor access and pay for water.