Voting in ′micro-state′ Bremen sheds light on bigger picture | Germany | News and in-depth reporting from Berlin and beyond | DW | 22.05.2011

Bremen's 500,000 or so voters are a drop in Germany's electoral ocean - even fewer if 16- and 17-year-olds weren't allowed to vote, a decision that has set a national precedent. But Berlin's bigwigs are watching. 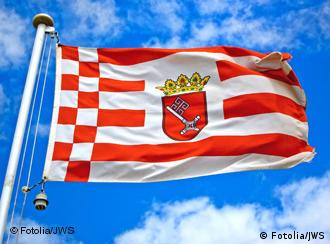 Armchair observers abroad would be forgiven for wondering why 2011, a year without a German general election, had been dubbed "election year 2011" in the national press. Seven regional elections were slated for 2011, starting in Hamburg and finishing in the capital, Berlin, in September.

Bremen is the fifth, and smallest, state to cast its votes. In fact, the "city-state" - which actually incorporates two cities, Bremen and Bremerhaven - is the smallest in Germany, with roughly half a million registered voters.

Bremen already belongs to Germany's main opposition parties, governed by a coalition of the Social Democrats (SPD) and the Greens, and opinion polls suggest that these ascendant parties are likely to tighten their grip on the northern city, perhaps securing a combined majority of 60 percent.

You might well ask why, if the status quo is likely to be maintained, this tiny state could possibly have national implications; the potential significance lies in statistics, and symbolism.

According to a recent poll conducted by Infratest-dimap, the ascendant Green party - which has just installed its first ever state premier in Baden Württemberg - might outscore Chancellor Merkel's Christian Democrats (CDU) for the first time in party history. According to that poll, the Greens are set to secure 24 percent of the vote against 20 percent for the CDU; a result that would represent another major milestone for a party profiting from its anti-nuclear power stance. 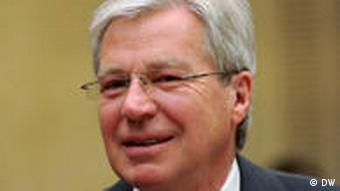 In theory, the Greens might secure a good enough result to seek to head a coalition with the CDU, rather than playing second fiddle to the Social Democrats, but top Green candidate Karoline Linnert has already indicated she intends to stick with the SPD and current state premier Jens Böhrnsen. Having ruled the state for 65 years, it's fair to say Bremen is Social Democrat heartland.

As the Christian Democrats seek to save face in their fight with what was once considered a fringe party, their liberal coalition partners, the pro-business FDP, might struggle to even reach the five percent of votes required to qualify for seats in parliament. The junior partners in national government have already lost that battle in Rheinland Palatinate this March, and they're flirting with the figure on a national level, too.

Being Germany's smallest state, Bremen has also become - by accident or design - a kind of electoral testing ground, and Sunday's vote marks a major first for German democracy.

16- and 17-year-olds in Bremen and Bremerhaven have been invited to take part in the vote, this has only been permitted at municipal elections in the past, in a country where you must usually be 18 in order to cast a ballot. The small city-state hopes this will help rekindle political interest among young people, and states like Hamburg and Brandenburg already plan to follow suit.

Any young voters will also be confronted with a new style of ballot, first adopted in Hamburg. People are permitted to tick up to five boxes, in a scheme designed to give people a greater say in the division of power in the lower and upper houses of parliament. Voters can allocate their votes to five candidates or parties as they wish; they can even hedge their bets and make contradictory votes if they desire.

This experimental complexity comes at a price, though; a definitive count of the roughly 500,000 votes is not expected for several days.

Germany's normally conservative southwestern state of Baden-Württemberg gets a Green premier - a first for one of Germany's economic powerhouses. (12.05.2011)

When the Nazis seized power in Germany in 1933, Bremen's police force did not hesitate to side with them. Their decision to collaborate turned civil servants into mass murderers. (07.05.2011)