A man accused of plotting to kill Russian President Vladimir Putin has been injured and his wife killed in an attack outside Kyiv. The couple's car was peppered with bullets in an ambush. 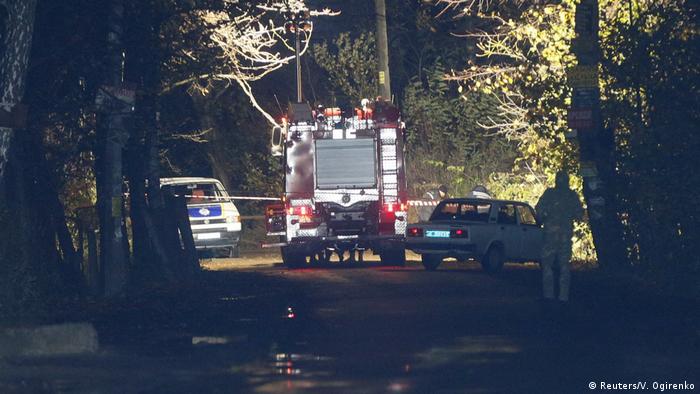 Investigators work at the site where Amina Okuyeka was shot dead in the town of Hlevakha, outside Kyiv

Adam Osmayev and Amina Okuyeva were shot at from bushes near a railway crossing on the outskirts of the capital, a Ukrainian interior ministry official said Monday.

"As a result of the injuries she sustained, Amina died," Anton Gerashchenko, an interior ministry advisor, wrote on Facebook. "Adam Osmayev was wounded, but will live. I just spoke to him on the telephone."

- The October Revolution 100 years on - Russian 'hasn't dealt with past'

Osmayev, a Chechan volunteer soldier, had long been sought by Moscow in connection with a botched bomb plot to assassinate President Vladimir Putin in 2012.

He was held for two and a half years in a Ukrainian prison but, despite demands from Russian prosecutors, was never extradited to Russia.

Osmayev and his Ukrainian wife are well-known in Ukraine, where they have fought alongside government forces battling pro-Russian rebels in the east of the country. 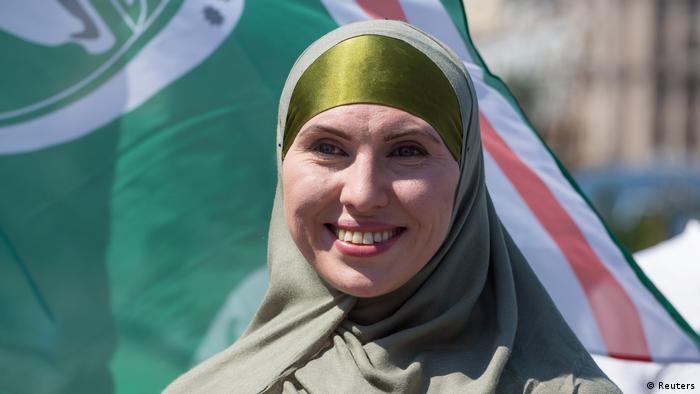 In June, Osmayev survived another apparent attempt on his life, although in that instance Okuyeva shot back at the gunman.

Monday's shooting follows a bombing in Kyiv last Thursday that killed two people and wounded three, including nationalist Ukrainian lawmaker Ihor Mosiychuk. Okuyeva used to work for the politician in an advisory role.

Mosiychuk has blamed the bombing on Russia, while Ukrainian police say Moscow's involvement is one of the possible motives they are looking into. Russia has denied any role in the attack.

Relations between Moscow and Kyiv have deteriorated since 2014 when Russia seized Ukraine's Crimean Peninsula and backed a separatist insurgency in eastern Ukraine.

Ukrainian police say an ex-member of Russia's State Duma, Denis Voronenkov, has been killed by unidentified gunmen in Kyiv. Voronenkov had moved to Ukraine after complaining of persecution by Russian security agencies. (23.03.2017)