Visa-free travel a stumbling block for Turkey and EU

The refugee deal between the European Union and Turkey is stalled on the complexities of visa liberalization. EU officials say they won't sacrifice their principles, but will they follow through? 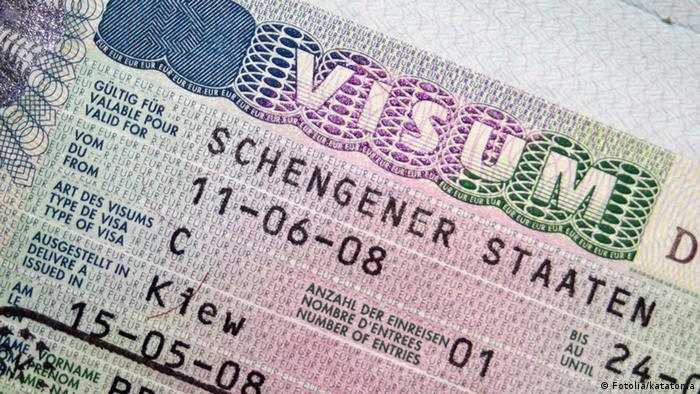 Turkish and EU leaders appear optimistic: 78 million Turkish citizens will gain long-coveted visa-free travel to the Schengen zone by June. After all, they have to in order to prevent a controversial deal on deportations from crumbling.

Ankara has threatened to withdraw from the EU-Turkey migrant deal if visa liberalization is not in place by the end of June, putting in jeopardy a plan on which the European Union has pinned all of its hopes for slowing the arrival of people fleeing conflict and poverty.

Under the deal, reached in March, Turkey agreed to take back irregular migrants and refugees who crossed the Aegean to Greece in exchange for the European Union's taking in Syrian refugees directly, as well as financial aid, visa liberalization and the acceleration of Turkey's EU membership talks.

While several parts of the migration deal have come under criticism, Turkey's long-running struggle to gain unfettered access to the European Union for its citizens raises its own questions and remains a major sticking point.

The EU executive, the European Commission, will present its third visa-liberalization progress report on May 4, and, if Turkey fulfills all 72 criteria to bring the country into compliance with EU and international law, a legislative proposal will be put forward to transfer the country to the visa-free list.

Less than two weeks before May 4, the European Commission said this week that Turkey was making progress but had only met 35 of 72 criteria for visa-free travel. On Thursday, however, European Migration Commissioner Dimitris Avramopoulos told reporters that he believed all benchmarks would be met.

In a troubling sign, Turkey and the EU appear unable to even agree on what criteria have been met so far, with Turkish Prime Minister Ahmet Davutoglu saying this week that his government had brought the number down to the "single digits." He has vowed to push the remaining criteria through parliament.

According to Angeliki Dimitriadi, a visiting fellow at the European Council on Foreign Relations in Berlin, a major issue is what the EU means by "implementing."

"It's unclear how we measure benchmarks," Dimitriadi told DW. "Are we looking at the benchmark as laws being passed or looking for actual implementation of all 72 criteria? Questions remain whether they have fulfilled this on paper or in reality."

Noting that the technical aspects of meeting EU criteria -implementing biometric passports, for example - take time, Dimitriadi said it would be nearly impossible to meet the June deadline.

"I would be extremely surprised if they succeeded, and it has nothing to do with Turkey," she said. "Any country would have a problem."

If Turks were granted visa-free travel, that would technically mean that the country had fulfilled criteria such as sections on fundamental rights and the implementation of a readmission agreement signed in 2013.

The readmission agreement requires Turkey to take back nationals who are in the European Union without authorization and irregular migrants who entered the 28-member bloc via Turkey but were refused asylum.

Dimitriadi said the European Commission had essentially sought to "fast track" visa liberalization and the readmission agreement given the urgency of the migration crisis and Turkish demands.

As the deal is a top priority, there is concern that the European Union will abandon its stated principles for the sake of the deal signed with Turkey.

"In the end, there will be gray areas left up to political decision," said Bahadir Kaleagasi, the international coordinator for the Turkish Industry and Business Association, which advocates for visa liberalization.

He added that there would naturally be problems implementing all the criteria, but said the important thing was to make progress and redevelop trust after a multiyear nadir in EU-Turkish relations.

Turkey's government has cracked down on the press and freedom of expression, the opposition, and the Kurdish minority - hardly signs of progress. This month, the European Parliament issued sharp criticism of Turkey, warning that the country was "backsliding" on democracy, human rights and the rule of law.

For Turkey's increasingly autocratic president, Recep Tayyip Erdogan, visa-free travel would constitute a symbolic victory to show his people that Turkey is advancing on its EU membership bid, an issue that was a focus of his Justice and Development Party (AKP) government a decade ago but has since collapsed.

"The AKP would certainly work to spin visa liberalization as proof that Turkey's EU accession was still on track despite all the criticism that has been raised over democracy and human rights issues," said Nicholas Danforth, a senior policy analyst at the Bipartisan Policy Center, a Washington, DC, think tank.

"On a deeper level, though, if after all of Turkey's setbacks Erdogan succeeds in securing visa liberalization and the opening of new EU accession chapters now, it would confirm his belief that being accepted by Europe was always a matter of power not principles," he added.

Kaleagasi and Dimitriadi disagree, arguing that at least in theory visa liberalization could help develop closer political, economic and social partnerships that could overcome years of building up distrust on both sides. That at least could pave the way for improved relations, but pushing Turkey away from the European Union would entail a number of costs and potential lost opportunities for influencing the country.