Vietnam has lodged a protest against China's apparent deployment of a surface-to-air missile system in the South China Sea. But Vietnam isn't the only country that is worried Beijing is stoking tensions in the region. 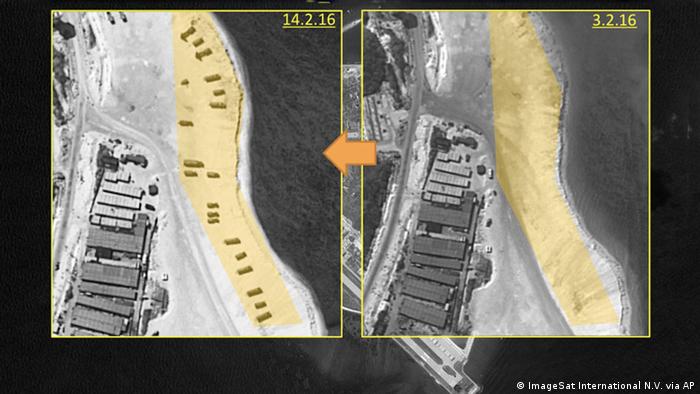 Vietnam protested with China and the United Nations on Friday, saying it was "deeply concerned" over Beijing's suspected deployment of surface-to-air missiles to an island in the South China Sea.

"These are serious infringements of Vietnam's sovereignty over the Paracels, threatening peace and stability in the region, as well as security, safety and freedom of navigation and flight," the Southeast Asian country's foreign minister, Le Hai Binh, said in a statement.

The minister said diplomatic notes had been sent to the Chinese Embassy in Hanoi and to the UN Secretary-General Ban Ki-moon to protest Beijing's activities in the disputed waters.

US broadcaster Fox News reported Tuesday that the Chinese military had set up an advanced surface-to-air missile system on a contested island in the South China Sea. The report said the missiles appeared to be the HQ-9 defense system. US officials believe the missiles were deployed on Woody Island in the Paracels.

China controls the Paracels, however, the islands are also claimed by Vietnam and Taiwan.

Meanwhile, Australia and New Zealand urged Beijing to cease its military activities in the South China Sea, saying it would stoke tensions among the regional countries.

"The Chinese have said one thing, and yet appear to be doing another," Kirby told reporters, referring to Chinese President Xi Jingping's promise to demilitarize the area.

"We see no indication that … this militarization effort, has stopped. And it's doing nothing … to make the situation there more stable and more secure. In fact, it's having quite the opposite effect," Kirby added.

China is yet to offer a specific response to the missile deployment reports. Instead, it accused Washington of militarizing the South China Sea, saying on Friday that patrols by US military aircraft and Navy vessels, along with joint exercises involving regional countries, were the major reason behind the destabilization of the disputed territories.