Human rights activists have called for a comprehensive investigation into alleged abuses in Iranian jails. They say it's not just a case of a few corrupt guards. 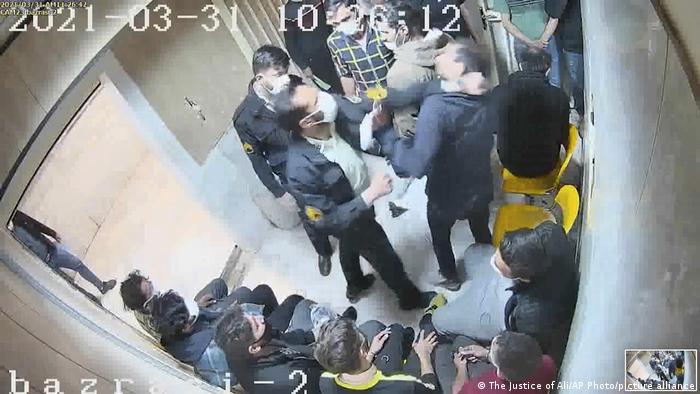 Iran's judiciary would prefer to rapidly sweep this scandal under the carpet. "The case has been investigated," Iranian state television reported on Sunday. "Those responsible have been brought to justice."

Ahead of this rare admission, the authorities had spent days refuting what was clearly visible on leaked footage: the abuse of inmates at Tehran's notorious Evin prison. They had even claimed that Israel had hired actors to make the videos, but in the end they had to admit that the footage came from surveillance cameras at the jail, which dates back to the era of Iran's last shah in 1971.

A group of hackers calling itself Edalat-e Ali (The Justice of Ali) started releasing the footage a few weeks ago, claiming it had hacked into the prison's system and stolen hundreds of gigabytes of data. 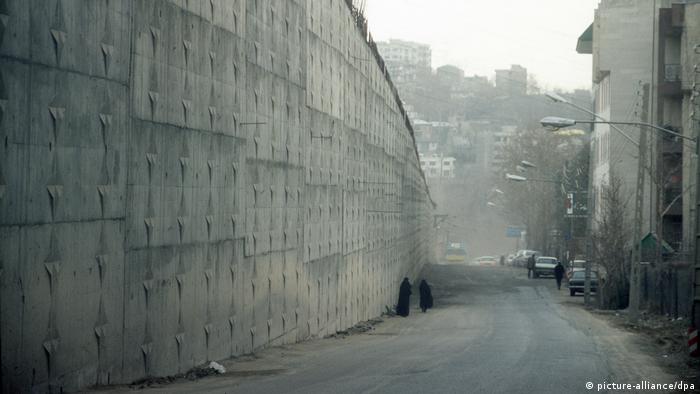 Since its construction in 1971 under Iran's shah, the prison has seen a series of abuses

One of the videos shows several guards kicking and beating a prisoner around the head. Another shows well-equipped security guards preparing to enter a cell, which released prisoners have said is a frequent occurrence. "In order to give political prisoners in particular a lesson, they suddenly storm a cell and beat the prisoners until they are lifeless on the floor," said one.

"We know of numerous prisoners who have filed complaints with the judiciary during custody or after their release. Their cases are never taken seriously," said Tara Sepehri Far of Human Rights Watch.

Such videos are merely the tip of the iceberg for human rights organizations, which have received countless reports about the systematic abuse of prisoners in Iran. The case of the internationally respected environmental activist Niloufar Bayani is but one example.

Bayani worked in Geneva as a consultant for the United Nations Environment Program until mid-2017, when she returned to Iran at the age of 31 to work for the Persian Wildlife Heritage Foundation. In 2018, she and her colleagues were arrested, accused of espionage and detained at Evin prison despite no evidence ever being presented. 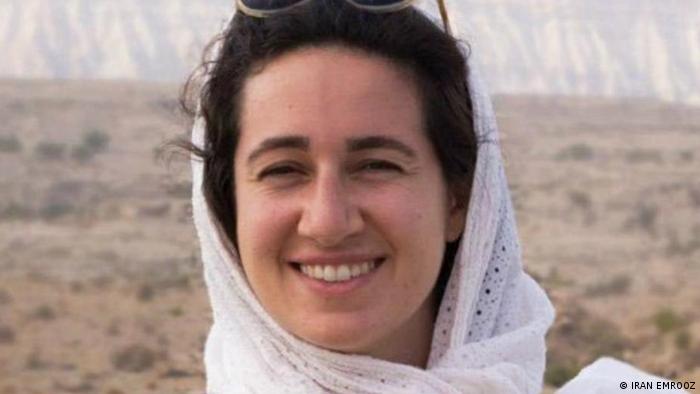 In 2019, Bayani was sentenced to 10 years' imprisonment for her "contacts with the US enemy state" and for "gaining illegitimate income," a reference to her relations with the UN.

In February 2020, Bayani wrote a letter in which she depicted her conditions in prison. She said she was interrogated for nine to 12 hours daily, and tortured both physically and mentally. She accused officials of threatening to inject her with hallucinogenic drugs and to arrest and/or kill her relatives. In October 2020, she was accused of "publishing false information" for writing the letter.

International community must get involved: activists

Like most political prisoners, Bayani is being held in Section 209 of the prison. This area is apparently not monitored from the control room, as many former inmates have pointed out since the release of one particular video.

It shows a security guard watching surveillance camera footage on various flickering screens. None of them show what is happening in Section 209. Suddenly, the screens start flashing red and the guard jumps up. The following text appears on the monitors: "Cyberattack: The Evin prison is a stain on Raisi's black turban and white beard. Countrywide protest until the freedom of political prisoners." Hard-liner Ebrahim Raisi, who had been the country's chief justice since 2019, became president in early August. 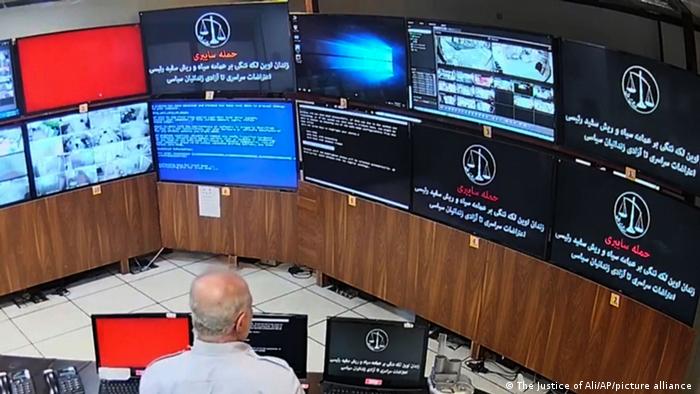 "If the Iranian judiciary has investigated the case, it has to present the results to an independent organization," said HRW's Sepehri Far. "Iran refuses to cooperate with international organizations but there are well-known human rights activists in Iran. They should see the results of the investigation. But this is not happening."

Sepehri Far said the international community should get involved and identify those responsible for the abuse with the help of Iranian activists, in order to put them on a list of sanctions. "Coordinated pressure from abroad, from European countries which maintain economic relations with Iran, could force Iran to maintain a minimum of human rights standards," she said.

Tonga eruption: Communications could be down for '4 weeks'

US telecom giants delay some new 5G after airlines' warning