Russian President Vladimir Putin denounced the return of "Russophobia," as the country marked the 76th anniversary of victory in World War II. 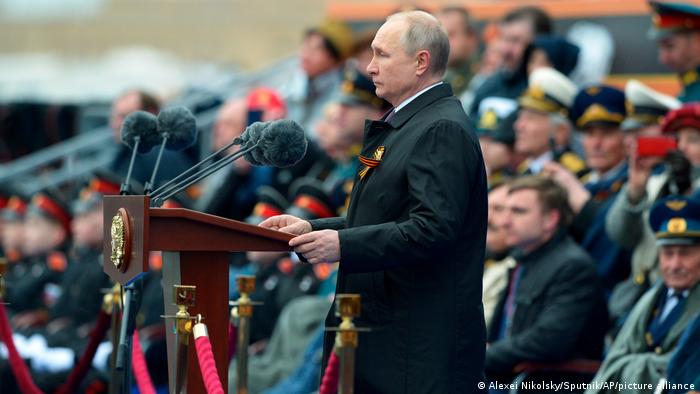 President Vladimir Putin on Sunday promised that Russia will "firmly" defend national interests and denounced the return of "Russophobia."

"Russia consistently defends international law. At the same time, we will firmly defend our national interests to ensure the safety of our people," Putin said while reviewing Russia's traditional World War II victory parade in Moscow.

The Russian leader also denounced what he called a creeping return of ideologies of the time, when "slogans of racial and national superiority, of anti-semitism and Russophobia, became ever more cynical." 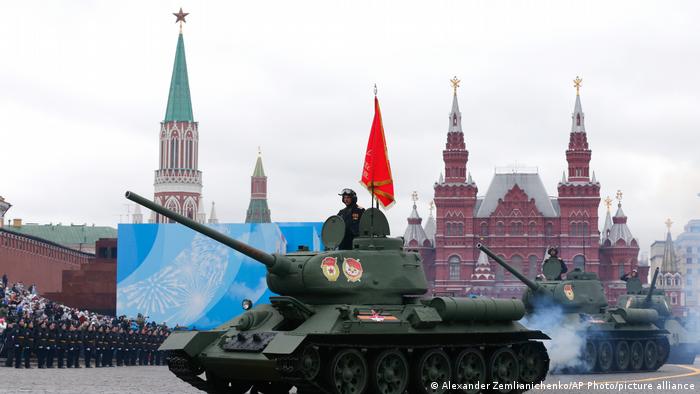 Putin also warned against attempts to falsify history and relativize the actions of "traitors and criminals."

The parade on Moscow's Red Square commemorating the 76th anniversary of the Soviet Union's victory over Nazi Germany in WWII featured over 12,000 troops and more than 190 pieces of military hardware, including intercontinental ballistic missile launchers, as well as fighter jets and helicopters.

Russia's ties with US, EU strained

Victory Day parades, which only became an annual event after the collapse of the Soviet Union in 1991, also took place Sunday in dozens of cities across the nation.

During Putin's two decades in power, the holiday has taken on increasing importance in projecting Russia's renewed military might. 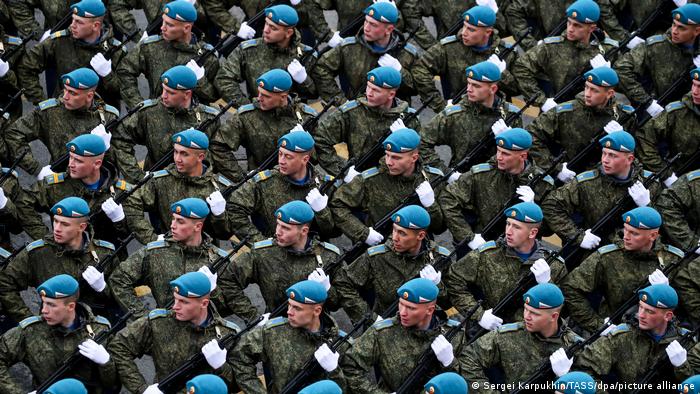 This year's parade precedes parliamentary elections in September and comes at a time when Moscow's relations with the West are strained over everything from Ukraine to the fate of jailed Kremlin critic Alexei Navalny.

The United States and Russia have expelled each other's diplomats in recent months in a series of retaliatory moves and Moscow and EU member states have been involved in a similar tit-for-tat diplomatic dispute.

Sunday's parade follows a massive show of Russian military force near the borders of Ukraine and in Crimea, which Russia annexed from Kyiv in 2014, and an uptick in fighting in eastern Ukraine between Russian-backed separatists and Ukrainian government forces.

Moscow said the build-up, which alarmed the West, was a training exercise in response to activity by the NATO military alliance and Ukraine. It has since ordered a withdrawal of some troops.