President Nicolas Maduro has called for military exercises in response to US President Donald Trump's threat of possible military action. But Maduro insisted he still wanted to hold talks with the US leader. 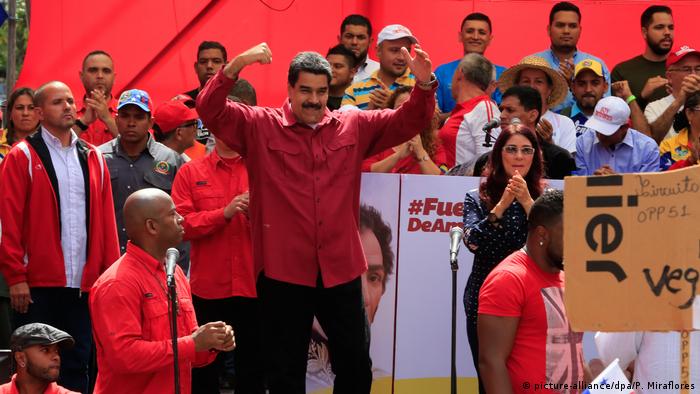 Maduro said the drill, involving both soldiers and civilians, would take place on August 26 and 27. He called on his supporters to prepare for an "imperialist" invasion.

"I have given the order to the armed forces' joint chiefs of staff to start preparations for a national civil-military exercise for the integrated armed defense of the Venezuelan nation," he told thousands of supporters in a Caracas rally.

"Everyone has to join the defense plan, millions of men and women, let's see how the American imperialists like it," Maduro told the crowd.

As anti-US rhetoric flared at the rally, US Vice President Mike Pence was busy doing damage control for the US President. Pence, who is on a previously scheduled visit to Latin America, sought to calm concerns in the region about Trump's words. He assured a peaceful solution to Venezuela's "collapse into dictatorship."

Maduro has seen his popularity slide in the past months as the Latin-American country suffers from an acute economic crisis marked by shortages of basic goods.

The country has witnessed four months of street demonstrations against Maduro's rule and creation of a legislative superbody to consolidate his powers. The protests have claimed 125 lives. 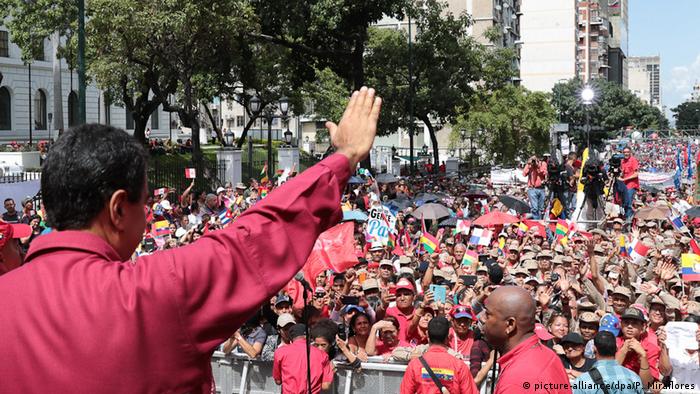 Maduro called on his supporters to prepare for an "imperialist" invasion.

Maduro said Trump's comments reaffirmed his long-standing accusations that Washington was preparing a military attack to grab control of Venezuela's proven oil reserves, the largest in the world.

Maduro said Trump's advisors had confused him about the true situation in Venezuela.

"I want to talk by phone with Mr. Trump, to tell him: 'They're fooling you, Trump, everything they tell you about Venezuela is a lie. They're throwing you off a cliff.'"

The White House last week rejected Maduro's request to speak to Trump, saying the president would not talk to him until the country returned to democracy.

Maduro called on the constitutional assembly to investigate the opposition for allegedly supporting Donald Trump's remarks. He said Trump's comments were prompted by the failure of the opposition's campaign to oust him after months of destabilizing protests.

He warned opposition leaders who did not cooperate in the investigation would face arrest.

"If they don't show up on their own, we'll go looking for them with handcuffs," he told his supporters.

The world body said Venezuelan security forces have killed dozens and arbitrarily detained more than 5,000 people. It calls on President Maduro to rein in security forces and investigate alleged abuses. (08.08.2017)

The vice president began his trip in Colombia ahead of visits to Argentina, Chile and Panama. Talks with foreign leaders are likely to be dominated by a political crackdown in Venezuela and drug trafficking into the US. (13.08.2017)