Venezuelans have joined long lines to cross into Colombia to buy food and medicine. Embattled President Nicolas Maduro shut the border in February to keep out foreign aid he said was unneeded. 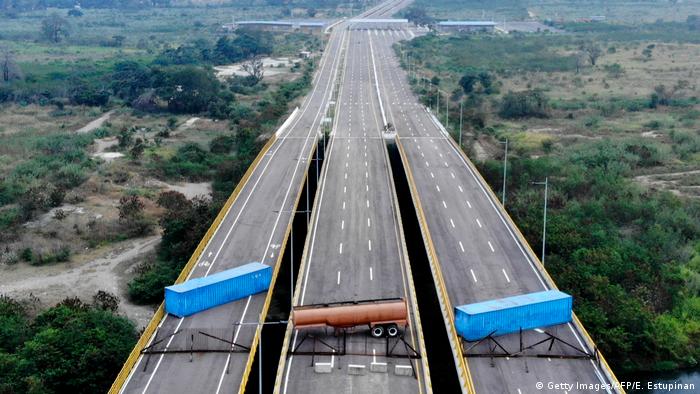 Venezuela on Saturday partially reopened its border with Colombia, nearly four months after the crisis-ravaged South American nation blocked the frontier to ward off a feared foreign invasion.

President Nicolas Maduro ordered border traffic to restart, next to the Colombian city of Cucuta, which will allow thousands of Venezuelans to return to work and school, as well as shop, in Colombia.

The decision prompted long lines of people to wait on two pedestrian bridges that separate the two countries, eager to buy food and medicine.

Read more:  Venezuela: Coup or uprising? It depends on who you support

Venezuela, a once-wealthy oil nation, is now mired in an economic and political crisis with severe shortages of essential supplies and hyperinflation expected to surpass 10 million percent this year, according to the International Monetary Fund.

Maduro shut the border in February as an attempt by his arch-foe, opposition leader Juan Guaido, to oust him from power appeared imminent.

Guaido, the self-declared interim president, disputed the results of last year's presidential election, which returned Maduro for a second term.

With the support of the United States, European Union and most of Venezuela's neighbors, Guaido promised to bring in much-needed international aid to help stave off economic ruin.

But Maduro responded by blocking all border crossings with neighbors, including Brazil and Colombia, fearing the aid was a pretext for a US military invasion.

While the border remained shut, many Venezuelans were forced to cross into Colombia illegally to get supplies because of the lack of basic necessities at home.

Maduro says Venezuela is the victim of an "economic war" waged by Washington, and US sanctions on oil exports have further fueled the chaos.

The embattled president's announcement on Saturday came hours after the UN said that since November more than 1 million Venezuelans had left the country.

That brings the total number of Venezuelan migrants and refugees abroad to 4 million, up from 695,000 in late 2015.

Colombia is the leading destination, hosting 1.3 million Venezuelans, followed by Peru with 768,000, according to the UN Refugee Agency (UNHCR) and the International Organization for Migration (IOM).

Also on Saturday, UNHCR's special envoy Angelina Jolie was visiting another portion of the Colombia-Venezuela border to learn more about the conditions faced by migrants and refugees and raise awareness about their needs.

The Hollywood actress was due to meet with aid workers and Venezuelans and tour a tent village built by the UN in the region of La Guajira.

The European Parliament has urged EU member states to recognize opposition leader Juan Guaido as acting president. The EU has so far said it will take "further actions" if Venezuela does not hold fresh elections. (31.01.2019)