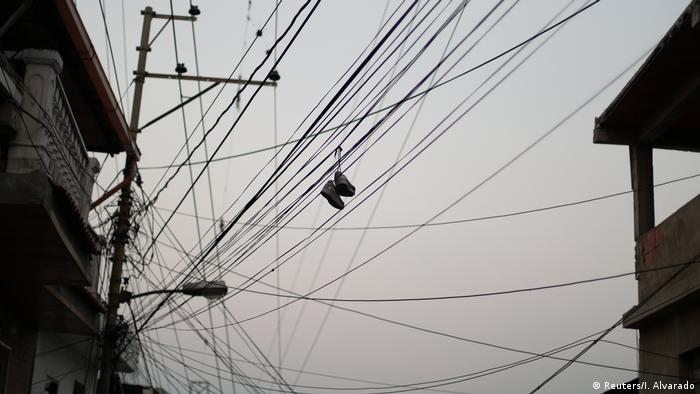 Maduro said the rationing regime would balance generation and transmission with consumption, and had the aim of ensuring water supply. He did not elaborate on how the rationing program would be carried out.

Information Minister Jorge Rodriguez also announced on Sunday that school activities would remain suspended and business hours would be reduced to end the workday at 2 p.m.

Venezuela's ongoing chronic blackouts that began on March 7 have raised the country's misery to a new level. Consumed by deep economic and humanitarian crises, Venezuela still finds itself in a prolonged political standoff between Maduro and self-declared interim President Juan Guaido.

"We're confronting monsters who want to destroy Venezuela," Maduro said, blaming the electricity crisis on "sabotage" by the US and the opposition.

Guaido blamed government neglect, mismanagement and corruption for the state of the electrical grid.

"There is no sabotage," the leader of the opposition-controlled National Assembly wrote on Twitter. "They brought the electrical system to a collapse because they are corrupt and now they can't resolve it because they are incapable," he added.

Angry Venezuelans took to the streets, setting up burning barricades near the presidential palace in Caracas and in other parts of the country on Sunday to protest the power outages and shortages of drinking water.

Some demonstrators burned tires and tree trunks along a stretch of downtown Caracas, while others flocked to balconies and building windows to bang pots in protest and shout curses at Maduro.

Similar protests took place in other parts of the country, including the central state of Carabobo, where demonstrators reportedly burned tires and blocked roads.

Rights group Penal Forum said that so far 12 people had been arrested nationwide in protests relating to the lack of adequate public services.

Maduro called on "colectivos" and other pro-government groups to help keep order as unrest mounts across Venezuela.

Public anger is rising over recurring blackouts that have left much of the country without electricity for long periods. Acting President Nicolas Maduro has blamed the blackouts on US-directed sabotage. (30.03.2019)

After a blockade on aid entering Venezuela, the International Red Cross will be able to bring supplies into the country in two weeks. The announcement comes as Venezuela experiences its third major blackout in a month. (30.03.2019)

Venezuela's auditor general has stripped the country's opposition leader and self-declared president Juan Guaido of holding public posts. Guaido said there was a good reason to ignore the order. (28.03.2019)