A reporter known for his bylines in right-wing newspapers has been charged with spying and rebellion. Press freedom groups have called for his release, saying he has a right to report "regardless of his personal views." 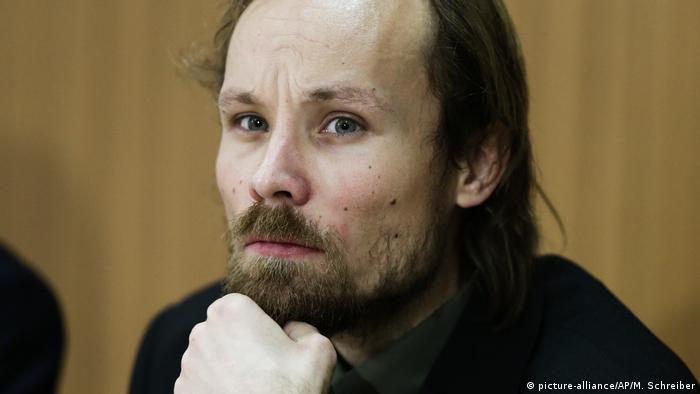 The German Foreign Ministry on Wednesday confirmed to DW that German journalist Billy Six has been arrested in Venezuela.

The ministry said it has extended consular services to the journalist, who is known for his bylines in the Berlin-based right-wing Junge Freiheit newspaper.

"We appreciate his journalistic work and the intrepid manner in which Bill Six reports from crisis regions across the world," Junge Freiheit editor-in-chief Dieter Stein told DW. "With all our strength, we will support his family and the Foreign Ministry to secure his release."

German diplomats in Venezuela have been unable to access Six, according to the newspaper's spokesman Bastian Behrens. The Foreign Ministry told DW it could not provide further comment about Six's case.

"Six was in Venezuela investigating drug trafficking activities, smuggling of fuel and strategic goods, human trafficking and even the exodus of Venezuelans — crimes and realities present in this part of Venezuela," said Gerardo Moron of Espacio Publico.

Six was allegedly arrested after crossing into Venezuela from Colombia. He was transferred to a military detention center, according to Espacio Publico. RSF said he faces up to 28 years in prison if found guilty of all three charges.

This is not the first time Six has been arrested in a foreign country. In 2013, he was detained in Syria for several weeks. However, his current situation has received little media attention in Germany. His relatives told The Associated Press that it is likely due to his ultra-conservative beliefs.

"Regardless of his personal views, he — like any journalist — has the right to report freely and without fear of persecution and imprisonment anywhere," said Christian Mihr, director of RSF in Germany.

DW journalists speak out on freedom of expression

Press freedom around the world