An attempt to assassinate Venezuelan President Nicolas Maduro has failed, the crisis-hit country's government said. The leader has accused the United States of being behind an alleged coup plot. Active and retired military officers were involved in the plan, which was set to take place on Sunday or Monday, he said, accusing Chile and Colombia of also being involved in the alleged coup attempt.

Guaido, who has the support of the United States and about 50 other countries to replace Maduro, dismissed the attempted coup claims as fiction, saying the media had "lost count" of how many times the government had alleged this. 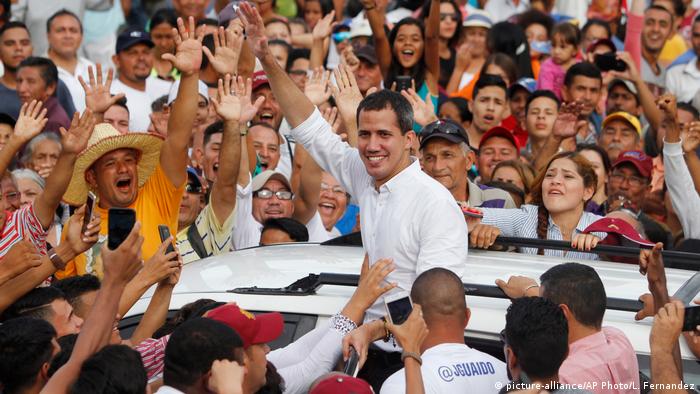 In a nationally televised address, President Maduro accused the US of being responsible and that Colombian President Ivan Duque was also involved as his "complicity" was "evident."

The Venezuelan leader said he would be unforgiving of any attempts at a coup d'etat.

"We would be ruthless in a revolutionary counter-offensive against a attempted fascist coup — ruthless!" Maduro said. "That's not called politics," he added. "That's called fascism."

Earlier on Wednesday, Colombian President Duque called for an end to Maduro's "dictatorship" during his speech at the inauguration of the 49th OAS General Assembly in Medellin.

"We can not look on from a distance at what is happening, our duty is to end the dictatorship, our duty is the freedom of the Venezuelan people," Duque said.

The UN human rights chief plans to set up an office in Venezuela to monitor the ongoing humanitarian crisis there. Michelle Bachelet said the dire situation must not be allowed to "deteriorate any further." (22.06.2019)

As the UN's Michelle Bachelet visits Venezuela to address the political standoff and electricity and internet blackouts becoming the norm, life's daily struggles have become an unwanted news beat for journalists. (19.06.2019)