As the UN's Michelle Bachelet visits Venezuela to address the political standoff and electricity and internet blackouts become the norm, life's daily struggles have become an unwanted news beat for journalists. 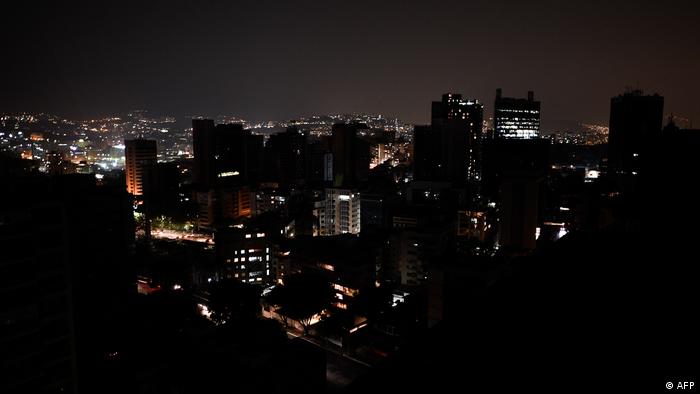 On March 7, 2019, the majority of Venezuela was plunged into darkness as a near total nationwide blackout hit the country of 32 million inhabitants.

In his home in Baquisimeto, in the northern state of Lara, journalist Gustavo Hernandez found himself without power, water and internet. As a regular contributor for the online news website Caracas Chronicles, Hernandez depends on his internet and mobile phone connections to file stories and to connect with colleagues and sources.

"The main problem is access to water," he said. "When there is no power, there is no water so we have to work with our neighbors to make sure that we all have what we need to live."

The cause of the five-day blackout was reported to be a failure of a substation near the Guri Dam, one of the largest hydro-electric power stations in the world. The government of President Nicolas Maduro blamed the blackout on sabotage by outside forces, including the U.S., and alleged that opposition leader Juan Guaido also played a role.

Guaido, the head of the National Assembly, invoked a constitutional provision in January to declare himself acting president and has since repeatedly sought to oust Maduro. All attempts by Guaido to gain control of the country have been stopped by Maduro, who controls most media outlets and the country's security forces. 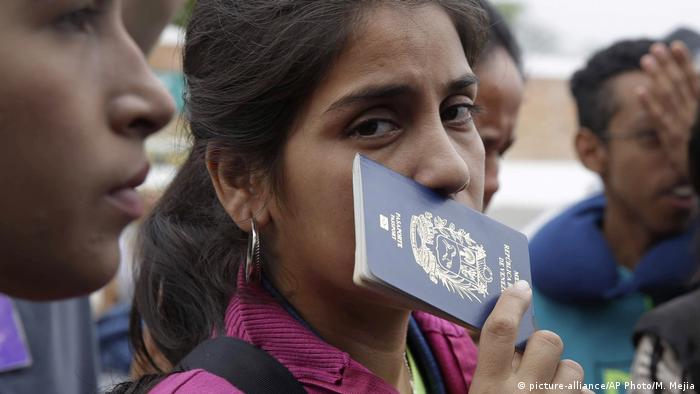 Millions of Venezuelans have fled the country

For years, Hernandez and his colleagues have been covering the deteriorating political and economic situation in Venezuela while dealing with the same hardships that all Venezuelans are facing: shortages of medicine, petrol and food; a rise in the costs of staple foods and supplies due to soaring inflation; and a lack of viable information due to the shuttering or takeover of independent media houses.

"Even before the blackout there were growing pressures on journalists," said Hernandez. "The government has been taking more steps to censor the media, block internet access and to harass journalists."

In the middle of the blackout, Hernandez convinced his cousin to drive him around town to see what was happening. It was a big favor to ask as the availability of petrol is a major concern but he wanted to get a sense of how the blackout affected his town. What he saw was that all activity in his town had basically come to a standstill.

"The situation has gotten really difficult over the past two years and the government does not want people inside and outside the country to know how bad it really is," said Hernandez. "We are trying to do our jobs but of course we have to be careful."

The result of the blackout was that for five days, almost no news about the blackout and how it was affecting the populace made its way to the people in Venezuela or to news outlets outside of the country. Some reports did make it out of the country through journalists based in Colombia near the border to Venezuela. Rolling blackouts have now become the norm and in some parts of the country, people only get power for a few hours a day.

With the closing of newspapers and the state takeover of television and online radio stations, online news outlets, social media and messaging services like WhatsApp have become the only sources of information for Venezuelans. Since the blackout, the Maduro government has turned to blocking access to popular website and social media platforms.

NetBlocks, a civil society group that tracks internet governance, has documented the blocking of YouTube, Periscope and Google in Venezuela especially during times of political upheaval.

"We are alarmed by the increasingly brazen censorship in Venezuela, including the repeated and selective restriction of internet access, a popular tool of authoritarian regimes," Committee to Protect Journalists South and Central America Program Coordinator Natalie Southwick in New York said in a statement. "Venezuelan authorities should ensure that all internet platforms and news outlets — digital, radio, and television — are available to citizens seeking to access and share information."

The authorities have also been using a law passed in November 2017 that was written with the intent of controlling hate speech instead as a means of prosecuting and harassing journalists and media houses. It has also been increasingly difficult for international journalists to get permission to work in the country. One journalist, American Cody Weddle, was detained and deported just prior to the blackout.

The signal for Deutsche Welle's Spanish TV service was taken off the air in April. Germany's international broadcaster has made the situation in Venezuela one of its main focus areas including a daily TV show featuring interviews and discussions. The signal was restored a day later.

International organizations have also expressed alarm over the situation. In March, UN High Commissioner for Human Rights Michelle Bachelet said that she was "concerned about increasing restrictions on freedom of expression and of the press in Venezuela" and plans to address those concerns with a series of meetings during her trip to Venezuela June 19-21, 2019. 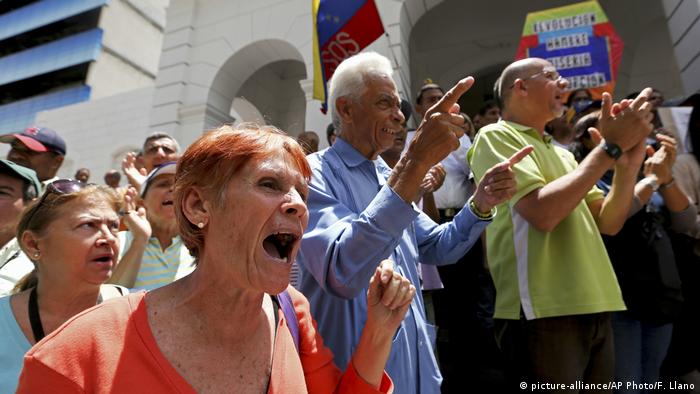 The situation in Venezuela has worsened for everyone, including journalists

Getting the story out

In February during a meeting of his entire team, Rafael Osio Cabrices, the editor-in-chief of the Caracas Chronicles, took part in a bet to guess how long the dire situation in Venezuela would continue.

"I was the most pessimistic of the group and said 24 weeks," he told DW. "Those weeks have now passed and the situation is now even worse than it was then."

Since it was founded in 2002, Caracas Chronicles has transformed from a blog run by its founder Francisco Toro into a news outlet employing a team of editors and journalists in Venezuela, Canada and the US. Their English language content is geared to an audience that is a mix of the Venezuelan diaspora and people interested in the political and economic (mainly the oil sector) situations in the country.

Cabrices said that the blackouts and the continuing challenges of ongoing internet outages have been a challenge, especially for his colleagues in Venezuela. Based in Montreal, Cabrices depends on the internet to stay in touch with his team and to keep in touch with friends and family back in Venezuela.

"Our engagement editor recently moved over the border into Colombia because he could not do his job without a steady internet connection," he said.

Like Hernandez, Cabrices is firm in his site's ongoing mission to continue to report on the ground in Venezuela. The site has seen a significant growth in traffic as other, more visible news outlets have been blocked or closed. For him and his team, this has made the work that they do even more critical.

Cabrices thinks the chance that the power structure of Venezuela will peacefully move from the authoritarian system under Maduro to another, more democratic system has passed. He sees an interim role for the military and an interim government like what occurred in Egypt and is now underway in Sudan as a more likely outcome for Venezuela, if there is any change at all.

Asked if he would predict again when the situation would change, Cabrices demurred.

"Honestly, I would not even know what to bet on anymore," he said.

Even with support in the international community, self-appointed Venezuelan leader Juan Guaido has failed to oust President Maduro. Has Guaido's movement given false hope to Venezuelans? DW meets his envoy to the UK. (21.05.2019)