Venezuela: A country in meltdown

Venezuela's inflation rate is already the highest in the world but is set for a new record. Even in the capital, people are struggling to afford basic goods and services on incomes once regarded as more than adequate. 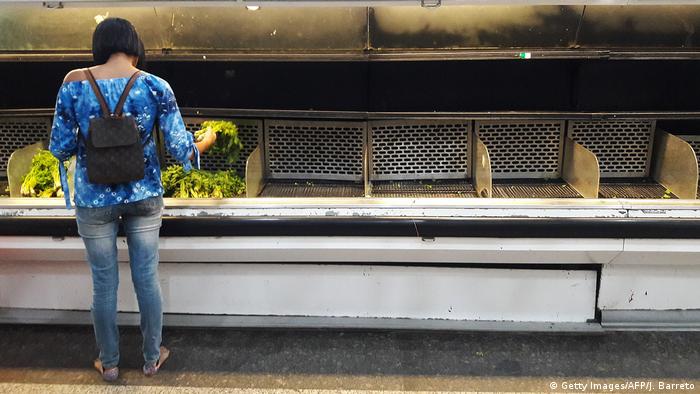 Venezuela, a country of 30 million people, sits on the world's largest oil reserves but has been suffering a massive economic downturn since global crude prices fell dramatically three years ago.

The government has not published inflation data for more than a year. But the International Monetary Fund (IMF) has forecast an inflation rate of 2,350 percent for 2018.

In an attempt to cushion the effect of inflation at the end of December, the Venezuelan government implemented the sixth wage and pension increase in a year, raising the minimum wage by 40 percent.

A grinding challenge to live

"In the mornings, you see well-dressed people looking for leftovers in the garbage before going to work," Miguel Angel Hernandez, a 24-year-old lawyer who is in the middle of his MA studies, told DW.

"With a salary like mine, people used to be able to buy a car and make a down payment on a house. I can't afford to buy a pair of shoes. Facing this reality destroys your expectations," he said.

"Inflation is eating up almost everything," said a 38-year-old lawyer who works at a public agency and has asked to remain anonymous. "Now I go to the supermarket to buy shampoo, and one bottle is almost what I make in a fortnight. Lately, there's been a shortage of sugar. I found one bag last week for 105,000 bolivars. But I earn only 650,000 bolivars a month." 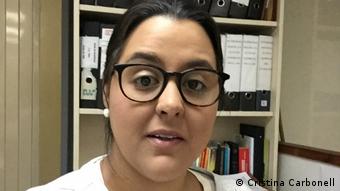 Cristina Carbonell is a lawyer who works at ProVene, an organization that offers free legal advice. She confirms that everyday life in the capital has become a challenge.

"Our ID number determines which day of the week we go to the market. But with basic products like milk, you get only two liters. Last week, we had no running water for three days. The constant shortage has caused outbreaks of fungus and scabies – and I'm talking about Caracas."

Protests erupted in the slums of Caracas in late December, triggered by bottlenecks at state-sponsored outlets where up to 20 staple foods are available at subsidized prices. Angry demonstrators set fire to garbage and chanted "We are hungry" as they protested against the food shortages.

Lorena Surga, the founder of the aid movement Angeles Invisibles, works with doctors in Colombia who buy drugs for three Venezuelan hospitals and donate their medicine samples as well.

"Birth rates have increased. There are no birth control pills. The number of people affected by sexually transmitted diseases has grown because there are no condoms. Cancer patients are dying because there are not enough drugs to complete their treatment. Some are being treated with expired ones," she said. 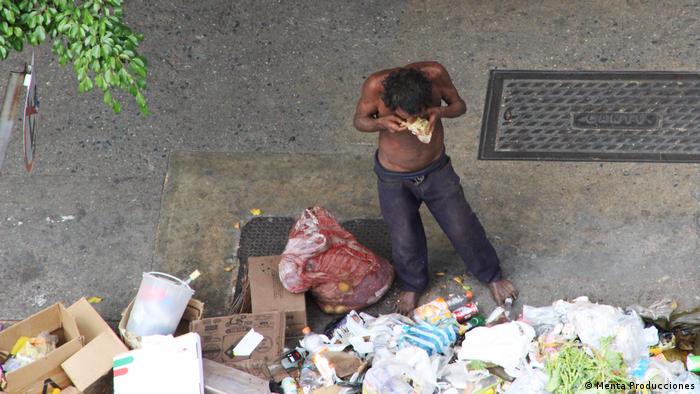 Some people have been reduced to searching for food among garbage

In May 2017, thousands of Venezuelans took to the streets to protest the humanitarian crisis and the political changes after socialist President Nicolas Maduro stripped the opposition-ruled Congress of power.

"I marched several times, and each day police forces were more repressive," Cristina Carbonell recalled. "A policeman shot my brother-in-law at point-blank range with a pellet. I couldn't leave my office to help him because police were shooting at passers-by."

In November 2017, the NGOs Human Rights Watch (HRW) and Penal Forum published a joint report on the human rights violations committed by Venezuelan armed forces during the protests last May and in the months that followed. Tear gas, water cannon and pellets were systematically used. The rubber pellets were often even filled with marbles, broken glass or metal bolts to cause injury and pain.

"The protests were repressed more brutally than before," said Tamara Taraciuk, a senior HRW Americas researcher.

The HRW report also mentions several cases of torture in detention centers. It says men, women and teenagers were subjected to electric shocks, ruthless beatings, sexual abuse and asphyxiation and detained along with dozens of others in small, unventilated cells with a minimum amount of water and food. 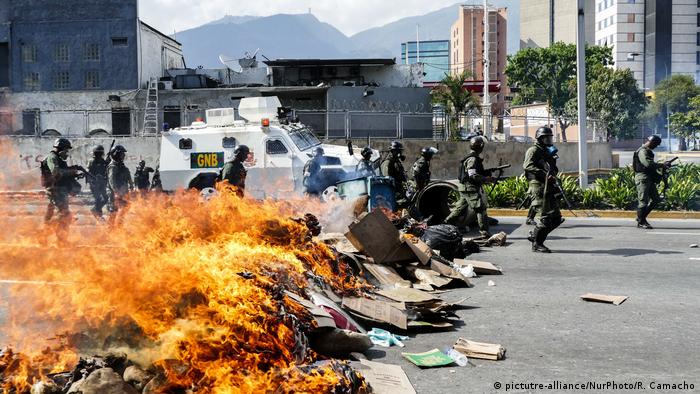 Police have been accused of brutally repressing the protests

Some sociologists estimate that as many as 2 million Venezuelans have left the country since the late President Hugo Chavez took power in 1999, though this figure is disputed by the Maduro government.

"People are locking their homes and leaving with what they can carry," says aid worker Lorena Surga.

The crime rate is also rising, according to the Venezuelan Observatory of Violence (OVV), an organization created by the Venezuelan Laboratory of Social Studies in 2005. 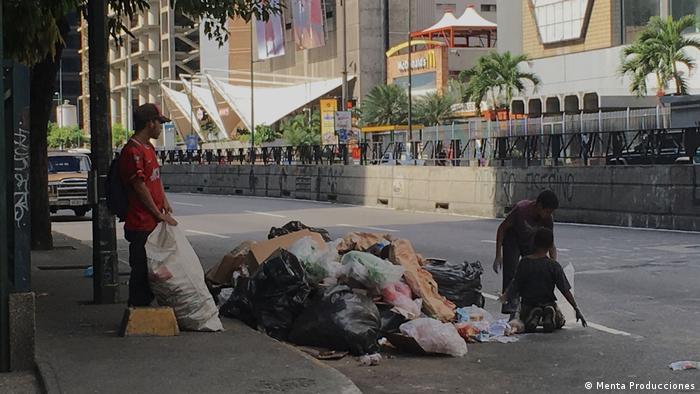 The situation is dire for many ordinary Venezuelans

Even the official homicide figure released by the Venezuelan attorney general's office for 2016, though much lower than the OVV statistic, is still among the world's highest, at 70.1 per 100,000 inhabitants.

"I feel I'm living in a prison. I go from home to work to school and have to get back before 8 p.m. because it's too dangerous. So far the government's fight against criminal bands has failed," says Hernandez.

"A year ago I started a master's program with 36 fellow students," he says. "Now we're only twelve. Some have left the country and others dropped out because the semester went from costing 29,000 bolivars to 497,000."

"Next year I might also leave – for Peru or Argentina," Hernandez concludes. One gets the impression that he feels there is no other choice.