US: Women march to save abortion rights

Women across the US have taken part in protests to demand continued access to abortion. They fear the landmark Roe v. Wade ruling is under threat, especially after Texas passed the most restrictive abortion law yet. 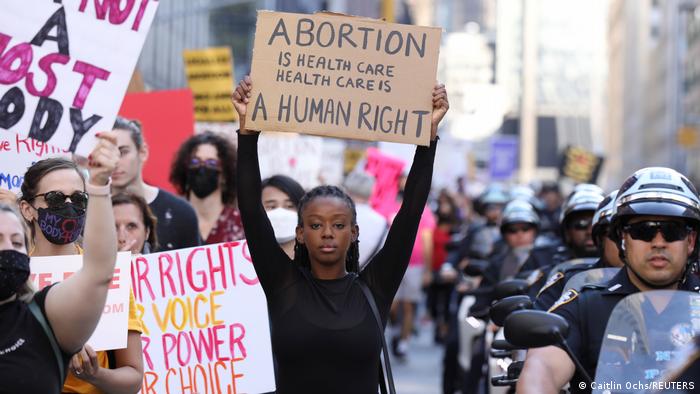 Tens of thousands of women took to the streets across the United States on Saturday in support of abortion rights.

A day earlier, the administration under President Joe Biden urged a federal judge to block the nation's most restrictive abortion law, which has banned most abortions in Texas since early September.

The Women's March took place two days before the start of a new term for the Supreme Court. Among the cases set to go before the conservative-majority court is one that could challenge the landmark 1973 Roe v. Wade ruling that protects a person's right to abortion. 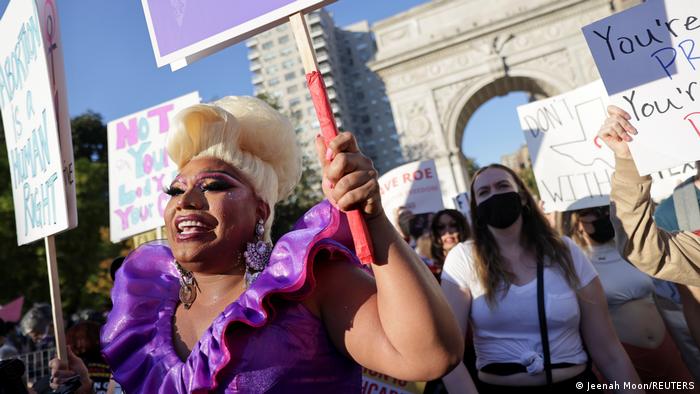 What happened at the marches?

In the US capital, Washington D.C., around 10,000 marchers rallied in a square near the White House before heading to the Supreme Court.

Many waved signs with pro-choice messages, such as: "Mind your own uterus," "I love someone who had an abortion" and "Abortion is a personal choice, not a legal debate." 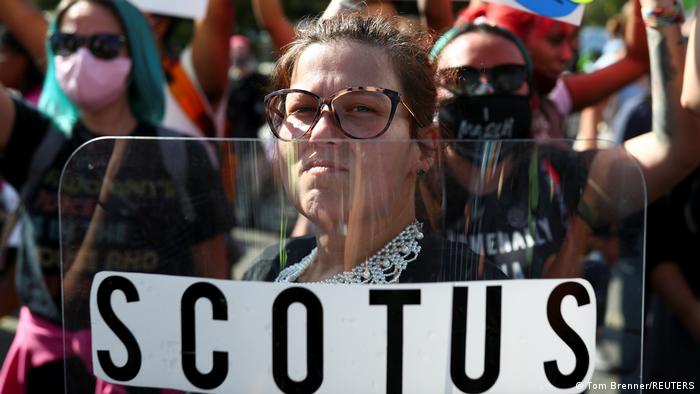 At the Supreme Court, the marchers were met by counterprotests. A chain of riot police kept the two groups apart.

In New York, activists gathered in Manhattan's Foley Square holding signs that read "We are not ovary-acting" and "I have a vagenda."

New York Governor Kathy Hochul spoke at rallies in Seneca Falls and then Albany. "I'm sick and tired of having to fight over abortion rights," she said. "It's settled law in the nation and you are not taking that right away from us, not now not ever."

In Springfield, Illinois, several hundred people rallied on the Old State Capitol square. A number of the marchers wore red robes and white bonnets, inspired by the subjugated women in the TV series based on Margaret Atwood's novel The Handmaid's Tale. 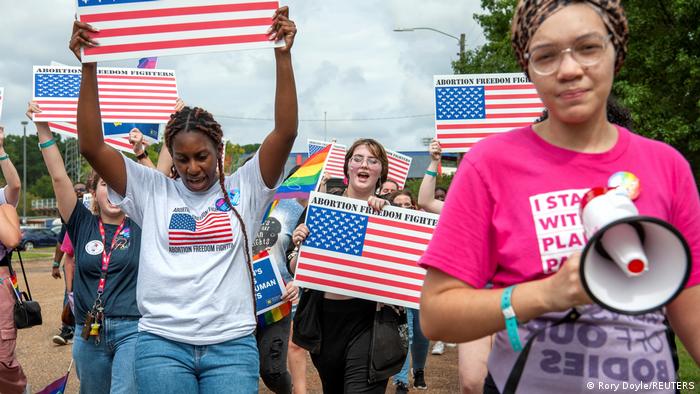 Over 600 marches took place across the country on Saturday

On the West Coast, thousands marched through downtown Los Angeles to a rally in front of City Hall. Protesters chanted "Abortion on demand and without apology: Only revolution can make women free!"

In total, 660 demonstrations in support of abortion rights took place across the country.

What's happening to abortion rights in the US?

On Friday, a law went into effect in Texas prohibiting women from getting an abortion after roughly six weeks — a time when many women do not still know they are pregnant.

The law bans abortions once cardiac activity is detected, which is usually at around six weeks.

After that time, women can try to either go outside Texas to have an abortion, get an illegal abortion in Texas or continue with an unwanted pregnancy.

The law relies on ordinary citizens to enforce the ban. It makes no exceptions for rape or incest.

The Supreme Court has already said it will not block the Texas law. The top court also agreed to review a restrictive Mississippi law that could provide an opportunity to overturn Roe v. Wade.

The majority of Supreme Court justices are conservative, following appointments made during Donald Trump's presidency. That makes outcomes against abortion rights more likely.

So far this year, 19 states have adopted 63 laws restricting access to abortions.