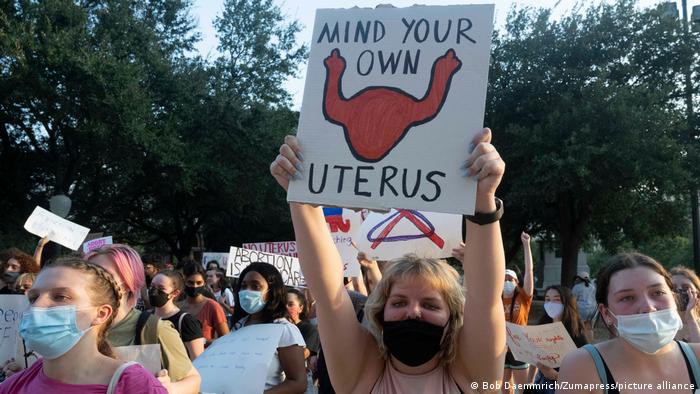 When Sam realized she was pregnant, she knew exactly what she had to do.

"I woke up with morning sickness a few weeks after a one-night-stand and immediately scheduled an appointment with Planned Parenthood," said the financial advisor, who asked we use her nickname, in an interview with DW.

The year was 1982 and Sam, who was 19 years old and a sophomore at the University of Texas at the time, had no intention of straying from her career path.

"I was very clear about what I wanted," she said. "I never pictured myself pregnant, much less leaving college. I wanted an abortion."

In the Texas of 39 years ago, the only roadblock Sam had to face was money. She didn't ask her mother, "not because I was afraid my mom would judge me, but because I didn't want to hurt her feelings. I thought maybe she would've been sad that I didn't want to keep the baby."

Instead, the young woman turned to the owner of the bar that she and her friends hung out at for help, and he gave her the $300 (€255 at today's conversion rates) she needed. She drove herself to the clinic, had the abortion, and went home.

"It was never a question whether I had the power, ability and legal standing to do it," Sam said.

But for women in the Texas of today, the situation looks very different. 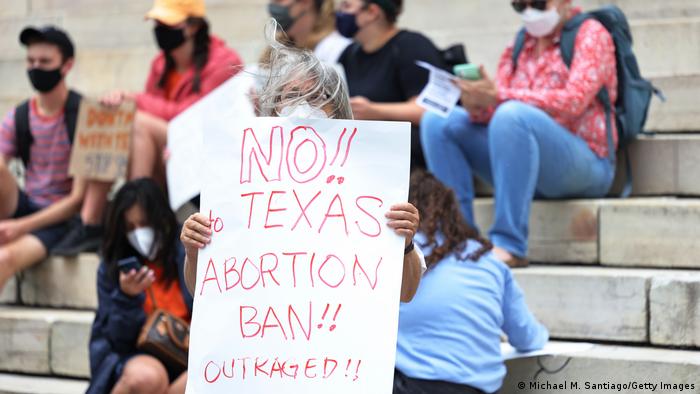 Texas all but bans abortions

On September 1 of this year, Senate Bill 8 went into effect in the second-largest state in the United States.

It's also known as the "heartbeat bill" because it bans any abortions as soon as cardiac activity can be detected in the fetus ― which is usually around the six-week mark.

Many women may not know they are pregnant at such an early stage.

There are few exceptions under the new Texas law. Abortions are not allowed for women who get pregnant through rape or by an act of incest. The law also makes no exception for medical conditions that can complicate a pregnancy, such as diabetes.

Abortions may only be considered if the woman's life is at risk, or if the pregnancy would cause her major physical harm.

After the US Supreme Court refused to hear the case, the US Justice Department is suing Texas in a bid to stop the law from being enacted. But at the time of writing, the law holds ― making Texas the US state with the most extreme restrictions on abortions.

Feeling grief after an abortion is normal

Experts say that limiting a pregnant person's choices this way can be detrimental to their mental health.

"Psychologically speaking, it's important that a person perceives themselves as having agency" in such a situation, which means the ability to decide how to proceed with a pregnancy, says Heike Makoschey-Weiss, a gynecologist and psychotherapist in Germany.

In Makoschey-Weiss' professional experience, some women struggle after an abortion when they feel they lacked the time to consider their options before going through with it.

"People have problems dealing with it if they have to make an ad-hoc decision, if it feels like something that's happened to them," the doctor told DW. They might wonder about the "what-ifs" later, she pointed out.

Women who aren't rushed and make their decision with certainty might still "go through a phase of grief," says Makoschey-Weiss. "That's normal. As is feeling relief [after an abortion] at not having to be afraid anymore that your life will come apart at the seams."

"Focus on the family," a self-identified Christian anti-abortion organization in the US, calls abortion a "trauma."

In a post on its website, the organization says that "many women who have had an abortion are not able to process the painful thoughts and emotions — especially guilt, anger and grief — that arise from an abortion experience, [nor can they] identify, much less grieve, their loss."

It lists other "symptoms of emotional or psychological stress" after an abortion, including eating disorders, substance abuse, depression and trouble maintaining relationships with a partner or children.

However, the American Psychological Association, which specializes in mental health, cites studies on its website indicating that "having an abortion does not increase a woman's risk for depression, anxiety or post-traumatic stress disorder."

And Makoschey-Weiss, who has run a prenatal care practice since 1996, agrees.

"It's complete nonsense that terminating a pregnancy will always cause trauma. The sense of helplessness and dependence on someone else's decision is a lot worse," says Makoschey-Weiss, referring to the Texas law.

Sam, whom we met at the start of this article, told us she felt only relief after her abortion in 1982, and not grief.

She wasn't traumatized by the procedure and has never regretted it. "The only stress I remember feeling was from not telling my family," Sam said.

Democratic politician and professor of psychology, Eliz Markowitz, believes that Texas will see a sharp rise in demand for mental health care as a consequence of the law.

The law was passed in May under Texas Governor Greg Abbott.

At the time, Markowitz posted a series of viral tweets. They described scenarios in which women get abortions and why Markowitz says women should have the legal right to make that decision themselves.

One of the tweets reads, "I'm pro-Susan who was sexually assaulted on her way home from work, only to come to the horrific realization that her assailant planted his seed in her when she got a positive pregnancy test result a month later."

Another one says, "I'm pro-Nhi who realizes that she is in no way financially, emotionally, or physically able to raise a child."

Markowitz says that while pregnancy is a joyful event for some, it can bring physical risks, such as gestational diabetes or hypertension, as well psychological issues, including depression and anxiety. Giving birth as well poses risks, to both mother and child.

"In essence, individuals will be forced to endure both physical and mental health issues, while also grappling with extrinsic factors such as current and future employment, finances, familial and romantic relationships, personal feelings toward pregnancy, and, of course, child care," wrote Markowitz in a message to DW.

"I think the psychological consequences for individuals who are forced to carry their pregnancy, whether or not the fetus is viable, are vast." 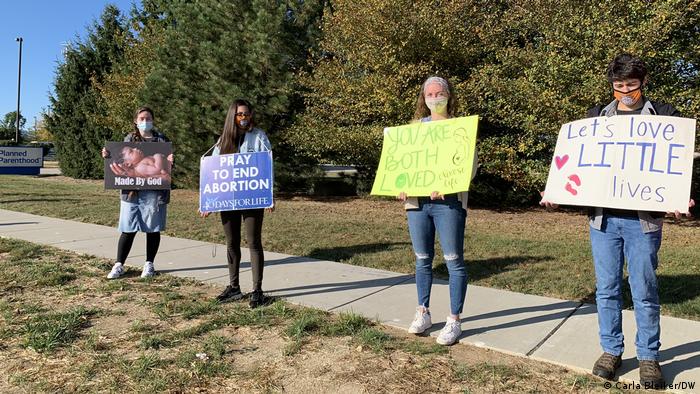 DW asked Sam what she would have done if abortions had been illegal in Texas in 1982. She went quiet for a moment.

Opponents of the new law are concerned that that is exactly what women will feel forced to do today.

They fear that some will turn to illegal options if they are desperate enough to terminate a pregnancy — illegal options, they say, that may be conducted by untrained people in unsafe and non-sterile environments, putting women at even greater risk.

Attorney General Merrick Garland said those seeking and providing abortions in Texas would be protected under federal law, while the Biden administration seeks other ways to overturn the controversial "heartbeat law."

Lockdowns and other restrictions imposed due to the coronavirus crisis have led to a rise in teenage pregnancies in Africa. Aid organizations are warning of a regression in girls' rights to education and health.

Paxton Smith swapped her approved commencement speech for one on abortion rights. Her attack on Texas passing one of the most stringent anti-abortion laws in the US has since gone viral.