While some in Germany may have been suprised by the election result, there was little attention coming from the US. Germany- and Europe-watchers had expected her to remain in power anyway. 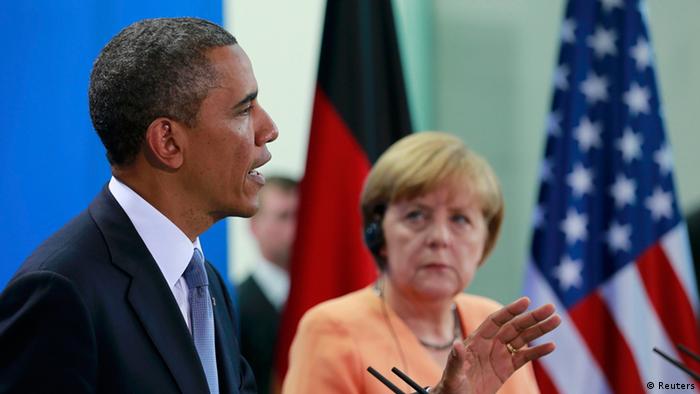 "I'm not entirely surprised at the results," says John Ratliff, political advisor to the Governor of the US state of Maryland. "It's important for us in the United States that we have someone who understands the importance of the transatlantic relationship on both the economic and the cultural level. That's a significant result of the election, and I'm happy about that."

Merkel at the center

As the Americans look towards Germany on the day after the election, they'll only be looking at Angela Merkel. Other political groups - such as the Social Democrats, or even the Free Democrats, with foreign minister Guido Westerwelle, who's so often in the US - don't seem to interest them much. 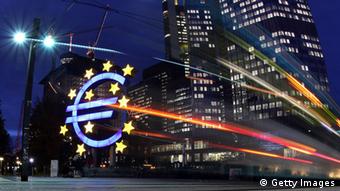 Washington hopes that Germany will continue its leadership in the eurzone

People trust the chancellor to carry on her prudent leadership in the continuing euro crisis, and to prevent the eurozone from falling apart. Such stability is important for the US economy, which is dependant on a reliable international framework and a stable dollar for its delicate recovery.

The fact that the euro-skeptic Alternative for Germany (AfD) did so well on its first outing plays scarcely any role in Washington. Ivan Vejvoda of the German Marshall Fund in Washington points rather to the fact that German voters have chosen stability and continuity - not just for Germany, but for Europe.

According to recent polls by the German Marshall Fund, the chancellor is highly respected, not just in Germany, but also in France, the Netherlands and Sweden. "She's seen as someone who has a steady hand in leading the way through the economic problems," says Vejvoda, "above all through the euro crisis, which isn't over yet."

Vejvoday says she's seen as someone who leads politically, but without the risk of a sudden change of course. She's highly regarded because of her soft leadership coupled with determination.

Merkel's victory may move negotiations with the US forward over a transatlantic trade agreement. The US sees this as particularly important, and the talks, which opened in summer, have gotten new impulses by both Merkel and US President Barack Obama. 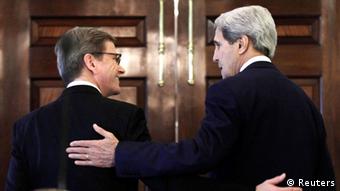 The political elite in Washington may value Merkel's role in Germany and Europe, but they don't expect much from her third term in office in respect of security policy - neither with regard to Syria nor with regard to the long-running conflict with Iran over its nuclear program.

"I expect that German will be helpful, but it won't take any leadership role," says the experienced US diplomat under four presidents, Frank E. Loy. "Germany should understand the seriousness of a situation with an Iran with nuclear capabilities. And it should help to deal with that. But we don't expect Germany to lead on this."

The US media are not leading with the story, but Merkel's victory is worth a mention on the back pages. The New York Times website described the result as a "stunning personal triumph" for her and a confirmation of her political leadership. The Washington Post said it was a "ringing endorsement," and said that the vote had been closely watched worldwide "because of Germany's paramount economic leadership within Europe." But the big TV stations mostly left it out of their evening news bulletins altogether.

Angela Merkel will remain chancellor, but not in a coalition with the FDP. Social Democrats and the Greens don’t have a majority either. Political conditions in Germany have changed, says DW’s Ute Schaeffer. (22.09.2013)