US training Ukrainian troops in Germany

US forces are helping Ukrainian soldiers with military equipment in Germany. The Florida National Guard will be tasked with the bulk of the training, according to Pentagon spokesperson John Kirby. 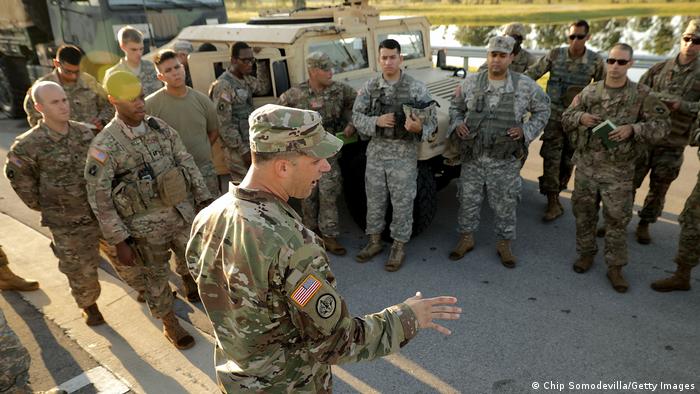 The Florida National Guard will train the Ukrainian troops in Germany, according to the Pentagon

The US Department of Defense said Friday that it is training Ukrainian troops in Germany and helping them learn advanced weapons systems.

What do we know about the training program?

"Today I can announce that the United States has commenced training with the Ukrainian armed forces on key systems at US military installations in Germany," US Department of Defense spokesperson John Kirby said in a press conference.

Kirby said the training program is in coordination with the German government.

"We are thankful for Germany's continued support," Kirby added.

About 50 Ukrainians have been trained using a howitzer, a long-ranged weapon. The trainees will also learn how to use radar systems and armored vehicles.

“The recent reunion now of these Florida National Guard members with their Ukrainian colleagues, we are told, was an emotional meeting given the strong bonds that were formed as they were living and working together before temporarily parting ways in February,” Kirby said.

"[The Ukrainian soliders] are basically going be trainers themselves, they'll be going back into Ukraine and train their teammates," he said later in the press conference.

The Pentagon spokesperson said training of Ukrainian forces was also taking place in other parts of Europe, but did not disclose the locations.

US hosts summit on arming Ukraine at Ramstein, Germany

US President Joe Biden said in late March that US troops were training Ukrainian forces in Poland, but this remark was later walked back by military officials.

Russia has warned Western countries against arming Ukrainian forces. Russia previously attacked a NATO training center near the Polish border in March, in a pointed message to the West.