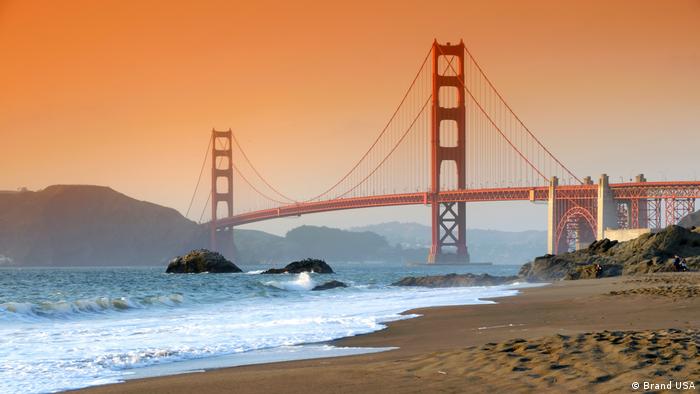 In early 2017, the US tourism industry was bracing for another bad year. The travel sector had already experienced a decrease in international visitors in 2016 — for the first time in years — and newly-elected president Donald Trump was promising "extreme vetting" of travelers to the US.

One of Trump's first acts as president was to issue an executive order banning travelers from seven Muslim-majority countries from entering the US. Then, in March of last year, his administration instructed all American embassies to implement tougher controls on travelers applying for visas to enter the US.

Leaders of the US tourism industry were worried that Trump's "America first" doctrine would push the USA down on the world's list of tourist destinations.

"Many international travelers may have drastically misunderstood Trump's intentions as wanting to discourage international visitors generally, not just those who pose a security risk," a statement by the US Travel Association — the leading trade group of the industry — declared. Did what became known in the industry as the "Trump slump" ever come to pass? Official data tracking the number of international arrivals into the US suggest that it did. During the first seven months of 2017, six percent fewer people traveled to the US than in 2016. Data on official arrival numbers are only available through July 2017, but the US Department of Commerce reported that international travelers spent three percent less in the US through November 2017 than over the same period the previous year.

That may sound trivial, but the three percent decrease in spending translates to a loss of $4.6 billion to the US economy and roughly 40,000 lost jobs.

The 2017 slump is also significant because such a trend is rare for the US. Over the past two decades, the US tourist industry has only experienced two downturns: after the terrorist attacks of September 11, 2001 and again during the economic recession that began in 2008. 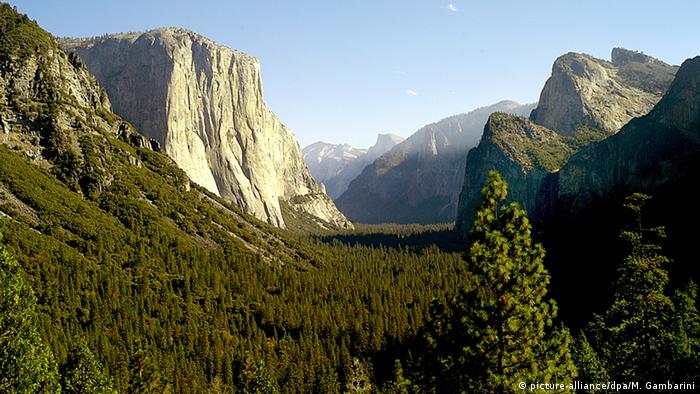 Ufuk Secgin, chief marketing officer of HalalBooking, was surprised when he saw that his company posted no growth in the US last year. HalalBooking is a web-based travel agency that caters to Muslim tourists. The business "doubled and tripled in all other countries" they serve, claimed Secgin, but interest in the US stagnated. He attributes this to a distrust among Muslims of the Trump administration.

"I think a lot of our customers avoid traveling there because of the extra hassle they probably will face or are facing, or they heard from friends and relatives about the issues they had," Secgin told DW.

David Huether, a data analyst for the US Travel Association, believes that the Trump administration is not entirely to blame for the slump. He notes that the strength of the dollar over other currencies contributed to a general downturn in travel to the US, which began in 2016.

"It's hard to measure the impact of the America-first doctrine," Huether told DW. In his analysis of the recent slump, currency, rather than policy, was "the most obvious factor."

Policy is easier to adjust than currency valuation, and a large sector of the US tourism industry is urging Trump to make alterations. On Tuesday, ten leading trade groups announced a new coalition to advance national policy recommendations. The coalition, called "Visit U.S." includes the US Travel Association as well as the US Chamber of Commerce and the National Restaurant Association.

The Visit U.S. coalition was "founded on the principle that we can have strong security but at the same time welcome robust numbers of international business and leisure travelers," said US Travel Association CEO Roger Dow. He added: "We can do both."

Spain to pip US as 2nd top tourist draw

Spain is set to replace the United States as the world's second tourism destination while France has retained the top spot, the UN World Tourism Organization said Monday. (15.01.2018)

American tourism companies are seeing early signs that US President Donald Trump's still-young administration is hitting foreign visits and fear "destination USA" could suffer further in the years to come. (07.06.2017)

Route 66, New York, San Francisco: for years, the US has been the most popular tourist destination among Germans. But has that popularity lessened since Donald Trump became president? We gauge the mood. (27.04.2017)