The decision is unlikely to have much of an impact on Saudi capabilities to carry out strikes in Yemen. The move comes as the US Congress has threatened to take action to end American involvement in the Yemen war. 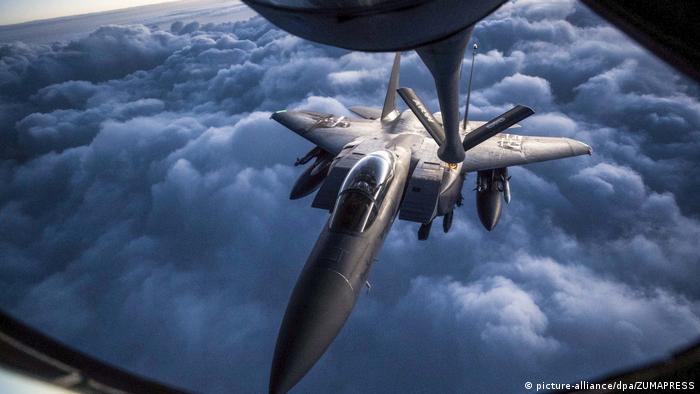 The Saudi-led coalition battling Houthi rebels in Yemen said that it had "requested cessation of inflight refueling support for its operations," in consultation with the United States, according to a statement published by the official Saudi Press Agency.

"Recently the Kingdom and the coalition has increased its capability to independently conduct inflight refueling in Yemen," it added.

The announcement followed a Washington Post report on Friday saying that the Trump administration planned to end air refueling amid growing public and congressional pressure.

Defense Secretary Jim Mattis said in a statement that he supported the coalition decision. But he also signaled that the United States would continue to remain "focused on supporting resolution of the conflict" and cooperate on humanitarian and counter-terrorism issues.

"The US and the Coalition are planning to collaborate on building up legitimate Yemeni forces to defend the Yemeni people, secure their country's borders, and contribute to counter Al Qaeda and ISIS ("Islamic State") efforts in Yemen and the region," Mattis said.

Earlier this year, Mattis told lawmakers that US support of the Saudi-led campaign had helped reduce inaccurate bombing and the targeting of civilians.

'Nothing but empty talk'

The move to end refueling comes as civilian casualities mount inthe key Yemen port of Hodeida. Some 80 percent of humanitarian goods enter the famine-threatened country through the city.

Mattis and Secretary of State Mike Pompeo last month madecalls for a ceasefire in Yemen.This was echoed by the EU and UK officials.

A senior rebel leader, Mohamed Ali Al-Houthi, slammed these appeals as an attempt "to save face after the humiliation" caused by the murder of Khashoggi.

"The continued escalation of attacks ... by the US-Saudi-Emirati coalition confirms that the American calls for a cease-fire are nothing but empty talk," he said in an atricle published by the Washington Post on Friday.

Separately, Hezbollah leader Sayyed Hassan Nasrallah said calls for a ceasefire were "good to hear," but could also be a mere trick to waste time.

"I say to our brothers there: Be patient, be steadfast... You are closer to victory than at any previous time," Nasrallah said in a televised speech.

Waiting for US Congress

In Washington, Democratic and Republican lawmakers have vowed to cut US involvement in the 3-year war in Yemen, which has left at least 10,000 people dead and unleashed the world's worst humanitarian crisis.  Proposals have ranged from cutting arms sales to limiting military cooperation with coalition members such as Saudi Arabia and the UAE.

"If the administration does not take immediate steps, including ending US refueling of Saudi coalition aircraft, we are prepared to take additional action when the Senate comes back into session," the Senate Foreign Relations Committee members said in a joint statement.