Arbitrary detentions, torture and secret prisons in southern Yemen are among the allegations made by the rights group. Amnesty said there should be an investigation for possible war crimes. 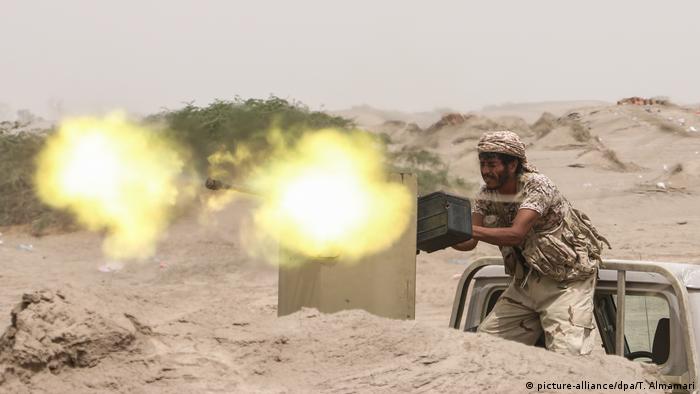 The US-allied United Arab Emirates (UAE) is a key member of the Saudi-led coalition against Houthi rebels in Yemen, who have the backing of Iran. The UAE has developed militia forces across southern Yemen.

In its report  "Disappearances and torture in southern Yemen detention facilities must be investigated as war crimes," which was published Thursday, Amnesty claimed the existence of "a network of secret prisons" had first been exposed a year ago.

As violations continued unchecked, the rights group said there were "enforced disappearances and torture and other ill-treatment amounting to war crimes."

Tirana Hassan, crisis response director at Amnesty International, said the families of detainees found themselves in "an endless nightmare where their loved ones have been forcibly disappeared by UAE-backed forces."

On Monday, Yemen's interior minister in the southern-based government, Ahmed al-Maysari, demanded the UAE shut down or hand over control of secret prisons.

Some 80 detainees have been freed from the prisons in recent weeks.

Previously, the UAE state minister for foreign affairs, Anwar Gargash, dismissed as "fake news" the prison reports, or suggestions that the UAE has a base on the Yemeni island of Socotra.

The UAE intervened in the Yemeni conflict in 2015 and has developed the Security Belt and Elite Forces, a militia based in southern Yemen which is officially under the control of Yemen's interior ministry.

According to The Associated Press, the Security Belt is responsible for the Beir Ahmed prison in Aden, where there have been reports of extensive human rights violations.

Covering a war is never easy, but in Yemen local journalists are being displaced internally and externally as a result of the ongoing conflict. As Gouri Sharma reports, hundreds of journalists have left out of fear. (17.06.2018)

The five-day battle has claimed the lives of at least 139 fighters. A UN envoy is seeking to end the fighting. The port at Hodeida is considered a lifeline for millions of Yemenis facing starvation. (17.06.2018)