US sues for Edward Snowden's income from new book

The Justice Department aims to "recover all proceeds" from the whistleblower's new book. Snowden said the move shows his memoir, "Permanent Record," is "so truthful that it was literally against the law to write." 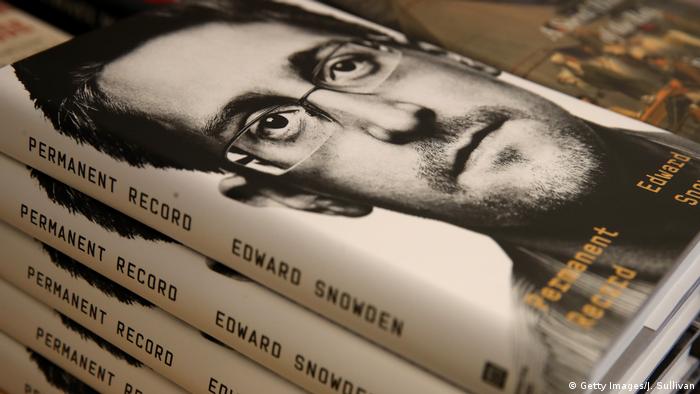 The US government filed a lawsuit Tuesday against Edward Snowden seeking to prevent former CIA employee and National Security Agency contractor from profiting from his new book.

The Justice Department said Snowden violated non-disclosure agreements he had signed with the CIA and National Security Agency requiring the government to review the book first.

The Justice Department is seeking to "recover all proceeds" from Snowden's memoir, "Permanent Record," which went on sale Tuesday.  The lawsuit also names the publisher of the book, Macmillan.

Snowden, who lives in Russia to avoid arrest, is wanted by the United States on espionage charges for releasing troves of classified information on US intelligence agencies' secret surveillance programs.

"The United States' ability to protect sensitive national security information depends on employees' and contractors' compliance with their non-disclosure agreements, including their pre-publication review obligations," Assistant Attorney General Jody Hunt said in a statement. "We will not permit individuals to enrich themselves, at the expense of the United States, without complying with their pre-publication review obligations."

In a tweet, Snowden responded: "It is hard to think of a greater stamp of authenticity than the US government filing a lawsuit claiming your book is so truthful that it was literally against the law to write."

Ben Wizner, an attorney with the American Civil Liberties Union who represents Snowden, said the book does not contain any secrets that were not previously reported by news outlets.

"Had Mr. Snowden believed that the government would review his book in good faith, he would have submitted it for review. But the government continues to insist that facts that are known and discussed throughout the world are still somehow classified," Wizner said in a statement.

Earlier this year, the ACLU and the Knight First Amendment Institute filed a lawsuit challenging the constitutionality of the government's pre-publication review process, arguing that it violates freedom of speech.

The Justice Department lawsuit does not seek to limit the book's distribution.

"Permanent Record" was ranked No. 1 on Amazon's bestseller list on its first day on the market.

American whistleblower Edward Snowden has once again expressed interest in seeking political asylum in Germany. He has warned that if he turns up dead, it will not be the result of suicide. (14.09.2019)

The European Parliament has backed new rules to protect whistleblowers from reprisals. European Union lawmakers say they want to look out for those people who bring scandals to light. (16.04.2019)